I'll See You in My Dreams: Blythe spirit 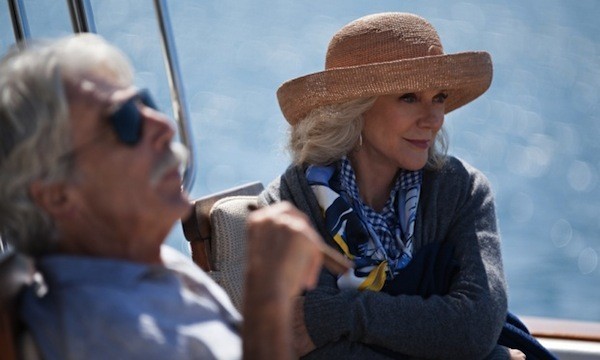 It's an understandable injustice that Gwyneth Paltrow is far more famous than her equally (more?) talented mom, Blythe Danner. After all, Paltrow has enjoyed plenty of leading roles in films (including an Oscar-winning one for Shakespeare in Love), while Danner has almost been exclusively relegated to supporting turns over the course of her lengthy career. But director Brett Haley, a graduate of Winston-Salem's UNCSA, has graciously handed the veteran actress a plum starring role in I'll See You in My Dreams, a confident feature angel-kissed with an enviable cast (extending well beyond just Danner) and an often lovely script penned by Haley and Marc Basch.

Danner stars as Carol, a widower who lost her husband 20 years ago and is in the process of losing her ailing dog in the film's first few minutes. With her faithful companion no longer at her side, Carol now drinks her wine and eats her salads by herself in an empty house, with her social life consisting solely of playing cards with her three friends (Mary Kay Place, Rhea Perlman and Nebraska Oscar nominee June Squibb). Her life soon gets shaken up, though, by the near-simultaneous arrival of two men: Lloyd (Martin Starr), her 30-something pool boy, and Bill (Sam Elliott), an eligible bachelor her own age.

Haley nicely contrasts Carol's relationships with the pair, showing how her friendship with Lloyd allows her to engage with a kindred spirit (he gets her out of the house for beer and karaoke) while her romance with Bill provides her with the tenderness and closeness she hadn't even realized she missed. Haley and Basch fill their script with gently humorous incidents (the seniors smoking pot, Carol's close encounters with a rat), but these almost feel like filler when compared to the complex human connections at the heart of this sensitive film.