I Changed my Sex. Now What? 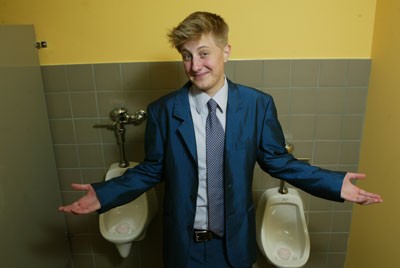 He has a masculine name.

He's prone to let the dirty dishes pile up.

He uses the men's room.

At fox-trot lessons, he leads.

He was almost voted homecoming queen in high school.

He grew up with the name "Katie Lauren Kilborn."

He used to be a lesbian.

Until about two years ago, he went by "she."

Even when their appearance doesn't match their anatomy, transgender people don't view "passing" as deception. They think they're presenting an honest front. It's who they are. Anything to the contrary is a genetic mix-up.

As a sophomore at Emory University in Atlanta a few years back, Katie Kilborn came home to Charlotte for Thanksgiving break. She and her mother went to see Meet the Parents. Katie took a break from the Ben Stiller and Robert De Niro antics to go to the restroom.

"This is the ladies room!" a fortyish woman called out to the lanky person with short-cropped hair wearing track pants and a hoodie sweatshirt. When Katie came out of the stall, the angry woman blocked her way and repeated the warning. So Katie lifted her sweatshirt, showing her breasts.

"You dyke!" the lady responded as she struck Katie across the face with a purse. The metal zipper drew blood.

"I went back to my seat," she recalls, "and told my mother that I'd walked into a door -- sort of like an abused wife."

For a while, Katie stopped using public restrooms.

About a year-and-a-half later, at another movie theater, in Atlanta, she really had to go. By that time, she was calling herself the more androgynous "Kt," but she tried to head off another confrontation by using feminine body language and speaking in the highest register possible. While in the stall, however, Kt overheard a woman say, "Why is there a gay man in the bathroom?"

When she finally ventured into a men's room in 2004, at yet another movie theater, she considered herself a man. Scott Turner Schofield stepped through the door, stared with shock at its unsanitary conditions and wondered, "Is this what the rest of my life will be like?"

It's hard to know which pronouns to use at different stages of Turner's life.

In college, she'd gradually adopted a more gender-neutral "trans" persona. In addition to calling herself Kt (pronounced like "K.T."), she began to keep her pronouns unspecific. Kt, who graduated in 2002, even used her evolution from woman to man as raw material for her honors thesis, a one-person show called Underground TRANSit.

She spent the summer of 2004 as head counselor at La Vida del Corazon, an arts-oriented camp in Costa Rica. American teens enrolled at the camp would ask her, "You're a woman, right?" But dressed casually in a T-shirt and khaki shorts as she strolled through the town of 72 people, she passed perfectly.

"Nobody could even fathom that I was a woman," she says. "People would say, 'Hey, buddy!' to me on the street."

In the camp, Kt was supposed to be a role model. She taught kids about self-confidence and integrity, about believing in themselves. That forced her to make a commitment: If she was serious about being true to herself, she'd have to be truer to himself.

In the States, she told friends to call her Scott Turner Schofield. They took the adjustment in stride. "They changed my name in their cell phones, so immediately they were like, 'Hey, Turner!'"

For his mother, it wasn't so easy. "I'd gotten used to him being a homosexual, but this was a great shock," Margaret Dickson recalls by phone from West Chester, PA. Since before the Costa Rica trip, Kt had been talking with her mother about being transgender. She'd dropped hints about impending changes. "For parents, there's a fear of your child coming out as transgender will make him a social outcast, so I tried to dissuade him."

When Kt drove her mother from Houston to San Antonio over Christmas 2004, it finally sank in that soon, her son, "Turner," would replace her daughter, "Katie." "I was angry. It wasn't fair -- he was robbing me of my daughter. I didn't want to lose those memories of her childhood as a girl."

Dickson had given birth to Katie in San Antonio in 1980. Her only daughter wasn't always a typical girl. Dickson recalls that Katie liked playing with boys and with toys for boys. When the family was living in England and took a vacation in the Canary Islands, an 8-year-old Katie asked, "Mummy, can we please tell people that my name is Scott?" 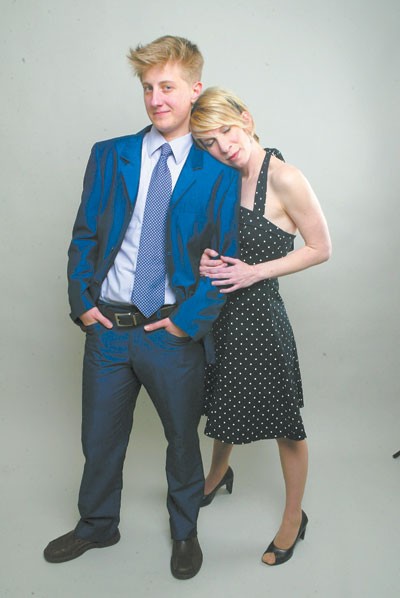