Hunt for the Wilderpeople worth seeking out

HUNT FOR THE WILDERPEOPLE
*** (out of four)
DIRECTED BY Taika Waititi
STARS Sam Neill, Julian Dennison 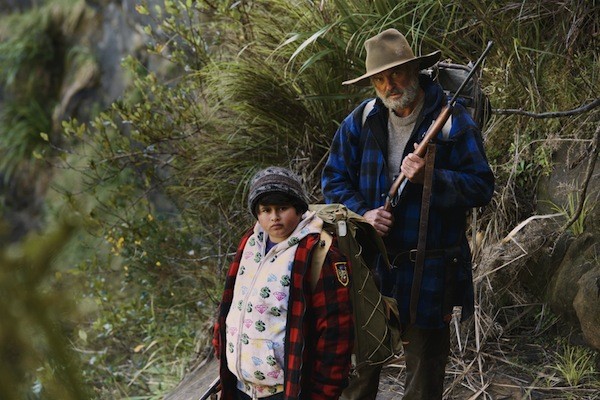 A grouchy old man and a roly-poly boy; the devastating loss of a significant other; a faithful canine companion (two, actually); the sighting of a rare kind of bird. Sure, it might sound like Hunt for the Wilderpeople is a live-action remake of the Pixar gem Up, but it's actually its own beast, a memorable tale alternating between heaviness and heart.

Sam Neill plays the grizzled elder, stuck in the New Zealand wilds with a young boy (Julian Dennison) and being pursued by authority figures who mistakenly believe that he not only kidnapped the child but is also sexually abusing him. That couldn't be further from the truth: On the contrary, the kid doesn't especially want to return to civilization and fancies himself a hardcore gangster successfully eluding the police (in truth, he's no more gangster than any of the Little Rascals).

Adapted (from Barry Crump's book Wild Pork and Watercress) and directed by What We Do in the Shadows creator Taika Waititi (who interjects himself into the proceedings by playing a minister in one strained scene), Hunt for the Wilderpeople is excellent when it focuses solely on the relationship between — and the misadventures of — its two central figures. It's less captivating when the attention turns to several doltish characters, most critically an abrasive social worker (Rachel House) but also a selfie-loving slacker (Troy Kingi) and a conspiracy theorist named Psycho Sam (Rhys Darby). Still, these supporting players are only the side dishes, and the main course is more than savory enough to cover up their overcooked flavorlessness.