How Does Knowledge of Forensics Help Lawyers & Law Professionals? 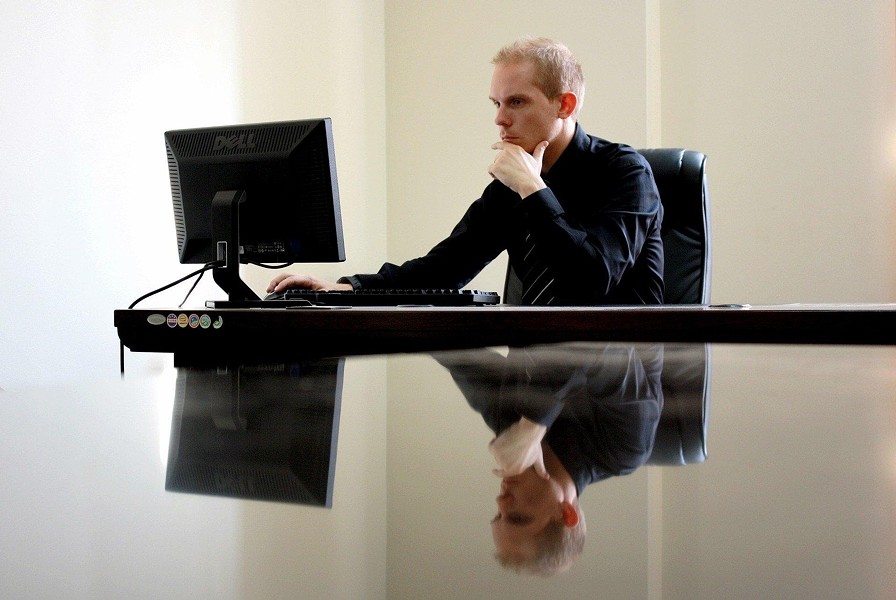 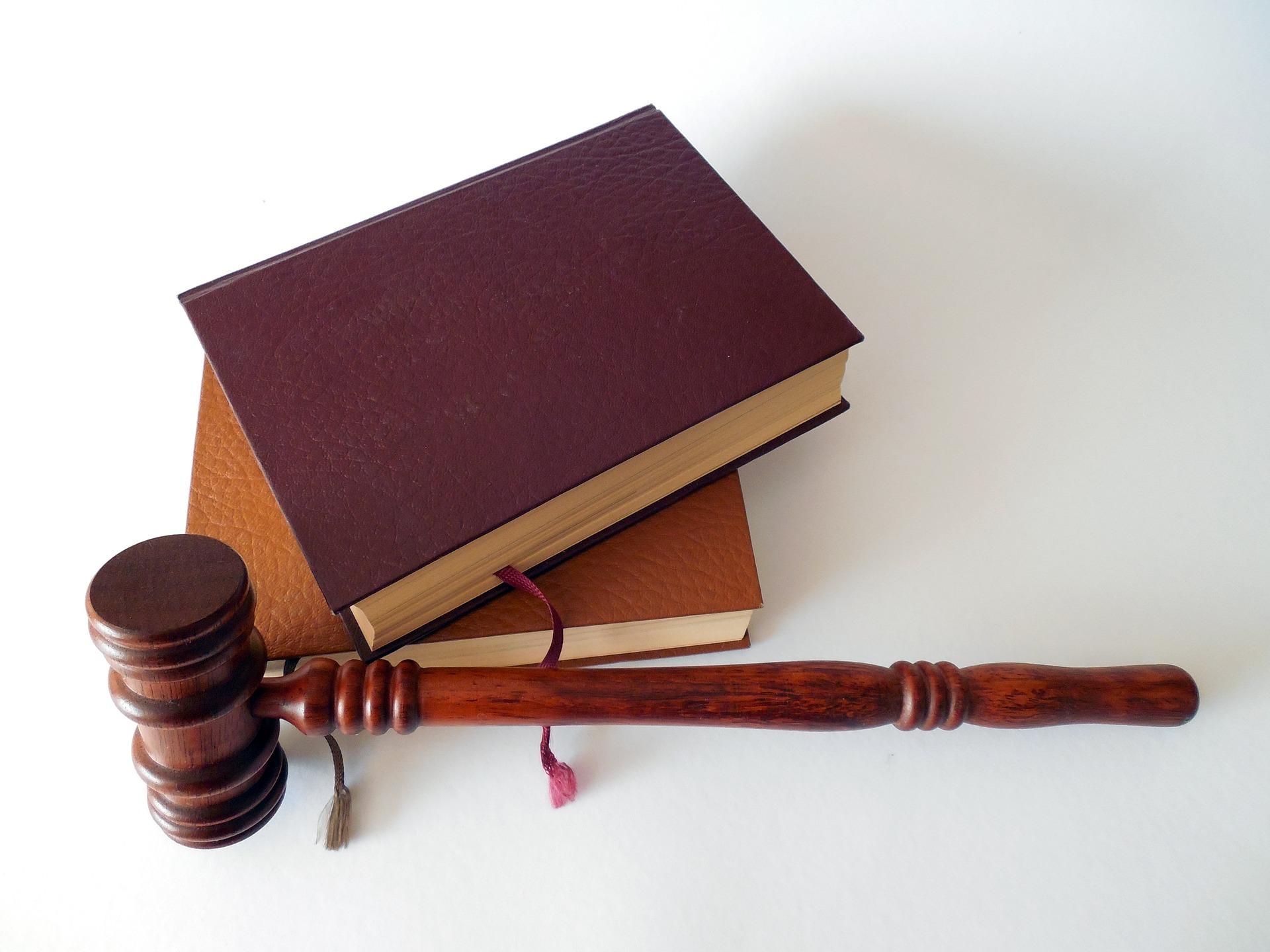 In the criminal justice system, forensic science is defined as "the application of science to those criminal and civil laws that are implemented by police authorities." Forensic Science is concerned with applying the knowledge and techniques of several scientific disciplines to legal issues. Evidence analysis entails the application of several disciplines, such as physics, chemistry, biology, computer science, and engineering. For example, physics is utilized to decipher the pattern of blood splatter, biology is used to pinpoint the source of an unidentified suspect, and chemistry is used to determine drug composition. As a result, the importance of forensic science in criminal justice and the legal system is often overlooked.

The role of forensic science in criminal cases

The puzzle of a criminal investigation would not be completed without forensic science. Criminals can never be convicted without the use of forensic science unless an eyewitness is present. While detectives and law enforcement agencies are involved in the collecting of evidence, whether physical or digital, forensic science is responsible for the examination of that evidence in order to establish facts that are admissible in court.

A forensic scientist's role in a criminal investigation is critical since it entails the meticulous inspection of evidence while also ensuring that it is not tampered with. The investigation of a criminal act involves a wide group of forensic experts and forensic technologies.

How important is forensic science in the legal system? 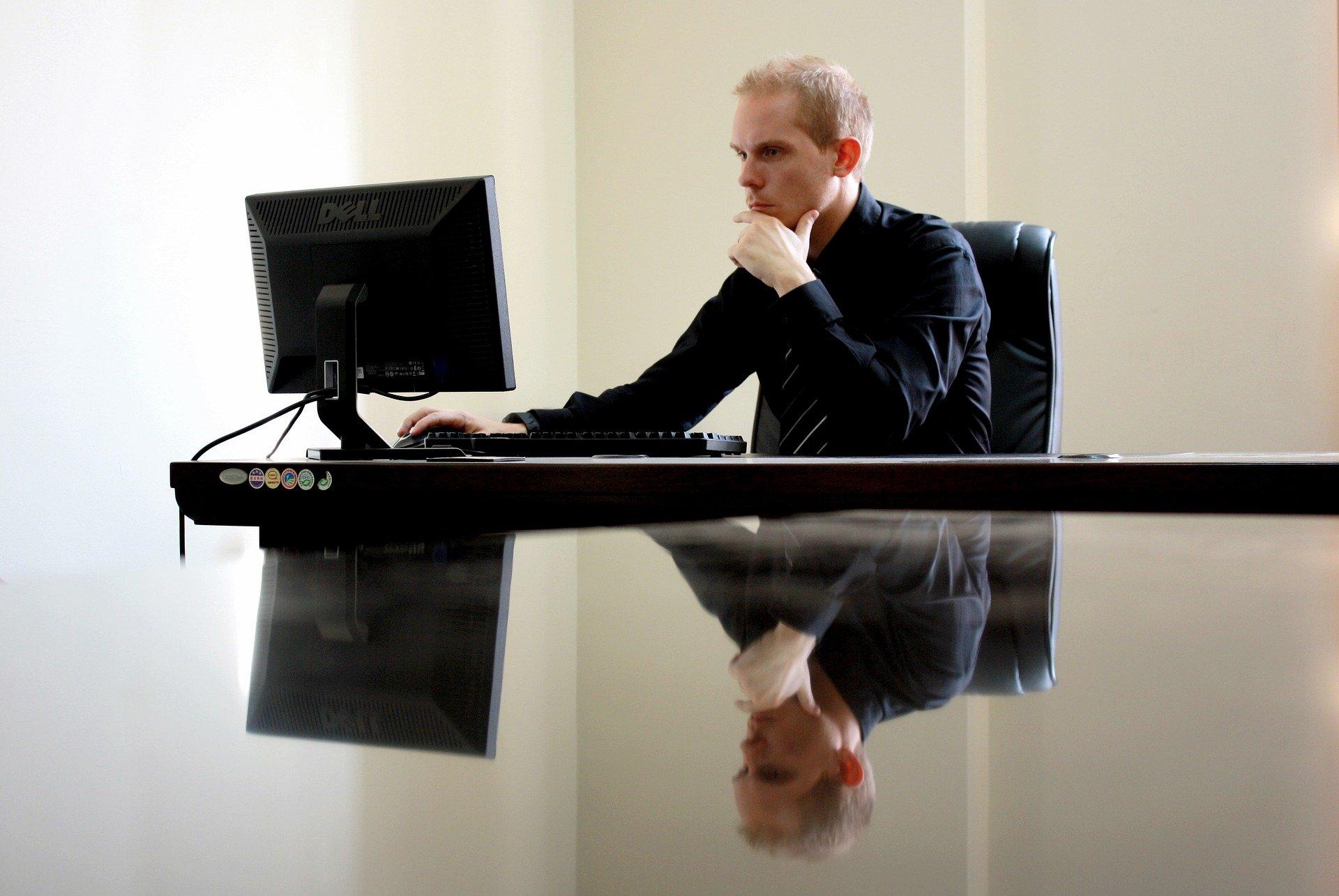 The term "forensic" is derived from the Latin word "forenses," which means "forum." A forum was a public gathering place in early Rome where judicial hearings and debates were held. As a result, both the history and definition of the term "forensic science" refer to its intimate ties to the judicial system. The collecting, preservation, and analysis of evidence adequate for prosecuting an offender in a court of law are all part of forensic science. As a result, the use of forensic science in the criminal justice system is a clear image.

The importance of forensic evidence in the prosecution of criminal defendants is widely acknowledged in the judicial system. This is because there is little room for bias or injustice when scientific approaches and methods are employed. That is why DNA profiling, as well as a variety of other forensic evidence, is generally recognized in courts all around the world.

Extensive forensic evidence is used to convict and exonerate criminals all around the world. As a result, forensic science facilities have sprung up all over the world in recent decades. In reality, special laws have been created in the United States, Canada, and Australia to improve forensic service delivery. As a result, crimes will be caught with higher confidence, increasing the likelihood of conviction. Such acts place a strong emphasis on crime scene management that is both time-efficient and high-quality.

When a challenge is launched years after the trial, how should judges assess lawyers' alleged mismanagement of forensic scientific evidence? This article contextualizes a recent United States Supreme Court decision, criticizes its flaws, and offers some things for judges to consider.

In this aspect, United States codes are extremely helpful.

The National Academy of Sciences' 2009 report Strengthening Forensic Science: A Path Forward noted the scientific illiteracy of lawyers, concluding that: "The legal system is hampered by a number of factors, including judges and lawyers who lack the technical understanding to comprehend and assess forensic evidence properly."

The only difficulty was that the blood was on the victim's cap, not the accused's. Prosecutors misread the report, and the defence counsel was never aware of it. This was far from the only scientific blunder made during the trial. The prosecutor tried to persuade the jury that because the defendant contributed most of the DNA on the hat, he was the one who wore it most recently, which was scientifically incorrect. There were no raised objections by the defence.

With this background in mind, one might expect the United States Supreme Court to emphasize that the lawyer's first duty is to learn – to ask questions, conduct basic research, and consult with an expert before trial – when confronted with a claim that counsel erred by failing to research the science being used against his client. The Court's analysis, however, was prompted by the enormous respect accorded to lawyers' judgment choices, particularly when examined retrospectively and with a focus on finality. 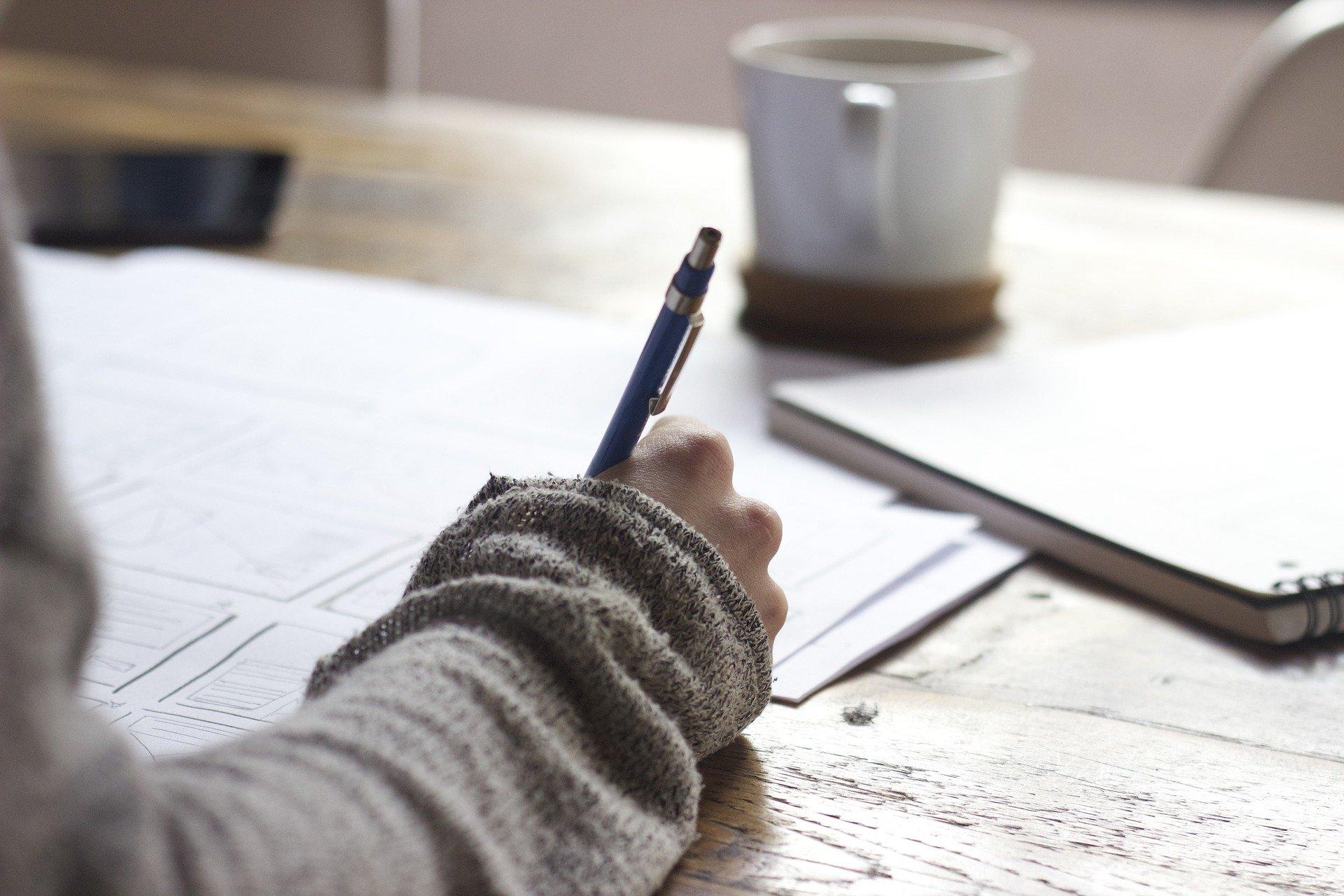 Maryland v. Kulbicki, 136 S. Ct. 2 (U.S. 2015), is a compelling case that deserves to be told. A cop named Kulbicki had an extramarital affair with a woman who gave birth to a child. Kulbicki was then charged with paternity and child support.

In 1993, a woman was fatally shot in the head. When Kulbicki's home and vehicles were searched two days later, a gunshot fragment was discovered in his pickup. That particle has the same elemental composition as a bullet fragment recovered from the victim's brain, according to the ballistic investigation.

The issue arose when FBI analyst Peele testified about the relevance of this discovery during the 1995 trial.

Kulbicki had an uphill struggle in challenging his conviction more than a decade after CBLA evidence was found to be faulty, as lawyers are not required to be foresighted and forecast future events. His counsel was to be judged on what a reasonable lawyer in 1995 would have done.

And it was here that the US Supreme Court awarded Kulbicki's lawyer – and other lawyers handling forensic science cases – an unjustified pass. Because the lawyer never looked for, found, or read a 1991 report by Peele that contradicted, or at least called into question, Peele's central claim at trial – that each batch of metal melted to create bullets is compositionally unique – the Maryland Supreme Court decided that a new trial was necessary. Peele discovered bullets made 15 months apart to have the same composition in his 1991 paper.

The Maryland high court awarded relief based on a straightforward definition of a lawyer's responsibility: lawyers are only effective when they make conclusions based on "sufficient inquiry," and "a qualified lawyer would not fail to investigate the forensic evidence."

And what did the US Supreme Court have to say about it? The Court first misrepresented the Maryland Court's ruling, stating that "Kulbicki's defense attorneys were legally obligated to forecast the downfall of CBLA" in a per curiam conclusion with no prior oral argument. It neglected the role of lawyers to seek questions and educate themselves about this mischaracterization, as well as the rest of the opinion.

How does a judge respond to new post-Kulbicki post-conviction appeals that say the council didn't study the science? If the jurisdiction's own Constitution or statute imposes more stricter standards, Kulbicki is irrelevant. However, if the jurisdiction follows federal law, a thorough investigation is still required. The Kulbicki court emphasized that this trial took place before the internet (described as "an era of card catalogues, not a worldwide web"), when the research was more difficult; and, although not mentioned, we did not have the history of forensic errors and awareness of the limitations of many forensic disciplines that we do now in 1995 (and have had since 2009 if not earlier).

So, even after Kulbicki, as time and knowledge pass, there may be a good reason to use the Maryland Court's standard – that "failure to investigate the forensic evidence is not what a competent lawyer would do." 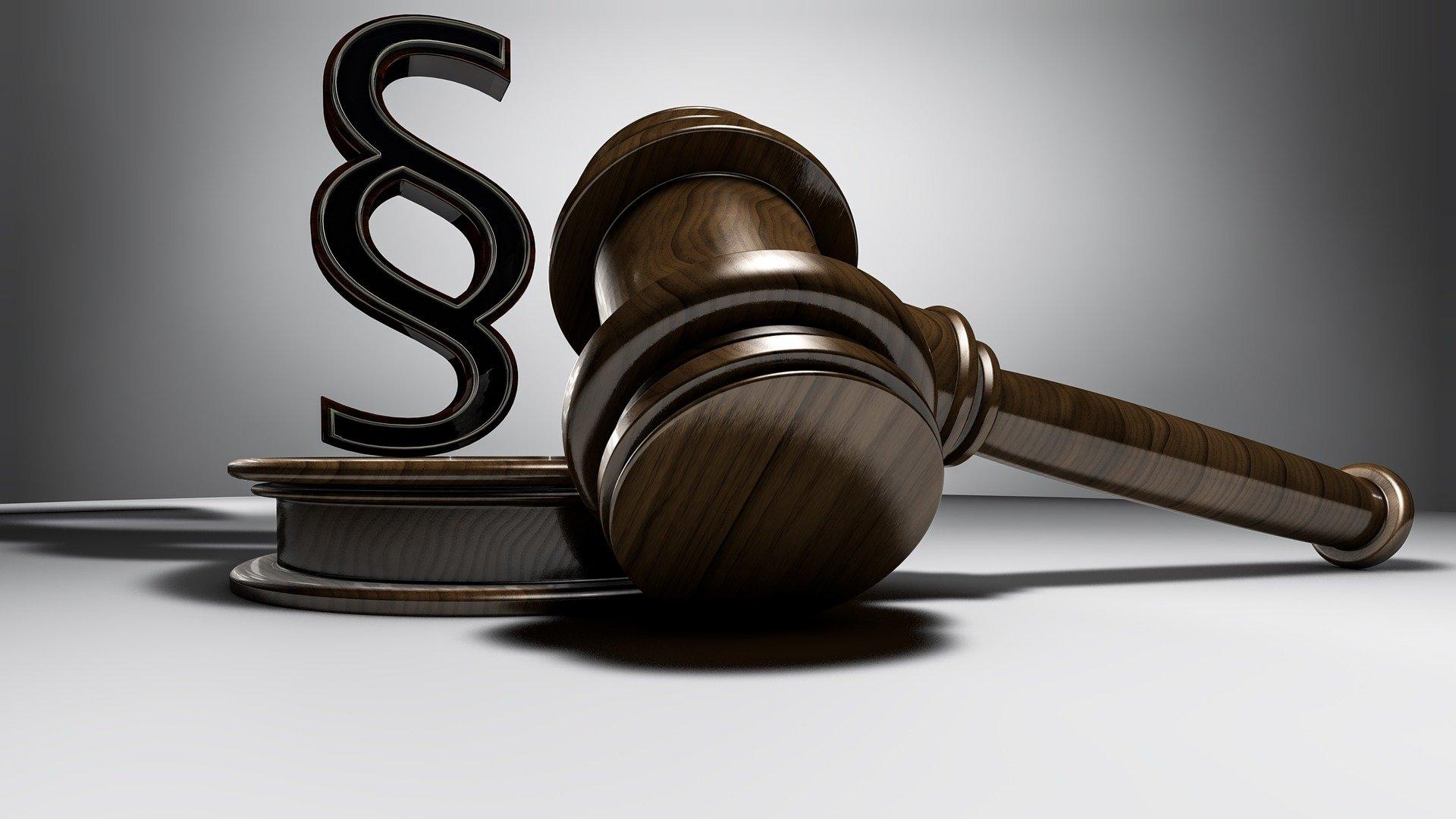 Forensic science is essential for legal professionals because it helps determine whether a possible suspect is guilty or innocent. Forensic evidence can also be used to link crimes, which helps to create trends and reduce the number of possible suspects.

Through the gathering, storage, and analysis of evidence, forensic science aids law enforcement personnel in solving crimes. When there are no witnesses to a crime, for example, prosecutors must often rely only on forensic evidence to investigate. If human remains have degraded beyond recognition, forensic professionals examine dental work, DNA, and bone structure to identify an individual and determine gender. In the vast majority of situations, forensic investigators can determine the cause of death and whether or not a crime was committed.