Home is for Heroes

HeroesCon returns to the Q.C., welcomes old and new friends 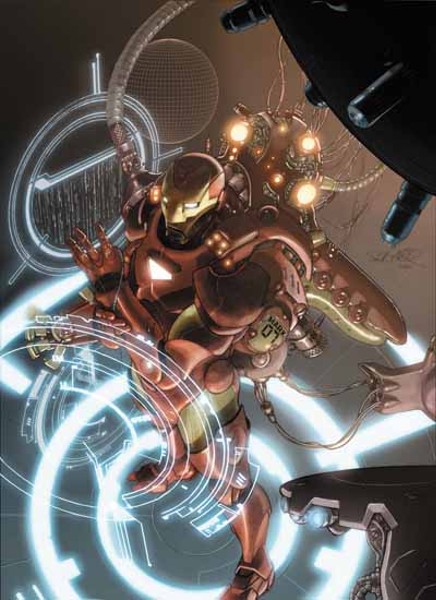 IRON-CLAD CREATOR: Iron Man is just one of the many comic books written by former comic shop employee Matt Fraction; he'll be a guest at this year's HeroesCon.

Many moons ago, former Charlotte resident Matt Fraction spent a good chunk of his day slinging comic books as an employee at the popular local shop Heroes Aren't Hard to Find.

Then one day he had an epiphany and made a declaration to his then-boss Shelton Drum, the owner of Heroes: "I think I want to write comics." (To which Drum reportedly replied, "Great. Go nuts.")

Now, more than 10 years after serving a stint at the store, Fraction -- considered one of the industry's fastest rising stars -- has gone from bagging back issues to penning stories for high-profile comics like The Immortal Iron Fist, Iron Man and the X-Men.

So it sort of makes sense that he's weirded out when he's called on to be a guest at Heroes' massive comic book convention, aptly called HeroesCon.

"It was very bizarre," Fraction says of his first visit to HeroesCon as a comic writer and not a comic retailer two years ago. "I kept wanting to pull books and help out."

Weirded out or not, Fraction is one of a multitude of comic creators from all over the world who's scheduled to hit the Charlotte Convention Center June 20-22 for the annual celebration of comic-related stuff.

Of course, you may not be familiar with the world inhabited by comic book geeks and don't really understand the significance of or what actually goes down at HeroesCon, so here's a little background (swiped directly from the store's Web site):

"Few national-level comics conventions have the kind of reputation and acclaim that Heroes Convention does. With a comics-first attitude, a family-friendly atmosphere, and one of the most impressive guest lists in comics, HeroesCon has become the biggest "little" comics show in the country. But not by accident: what makes our convention great is our strong foundation in comics, a long dedication to the highest-possible level of quality, and an independent approach that lets us stand out from the pack in the minds of fans, creators, and exhibitors alike.

In the early 1980s, HeroesCon founder Shelton Drum, still in his tender 20s, was running the Charlotte Mini-Con, a one-day show, taking place in a local mall. Shelton had only two years earlier opened Heroes Aren't Hard To Find, and the mini-con was a chance to provide area comics fans with exposure to local comics industry professionals, as well as other area dealers -- which at that time mainly consisted of individual comics fans selling portions of their own collections.

But by June of 1982, the Charlotte Mini-Con had grown to a size that dictated more official expansion, and the fans were clamoring for more national guests. And so Heroes Convention was born, and today is the oldest independently owned comics convention in the country."

That said, HeroesCon is a great place to meet the people who make comic books -- like Fraction -- and buy a ton of comics made by those folks.

The convention also features a ton of special events, workshops and panel discussions; highlights of this year's show include:

• A first look at Disney's new line of comics, as conducted by company co-heads Christian Beranek and Ahmet Zappa (son of Frank Zappa)

• In-depth examinations of Web comics, mini-comics and the new wave of "art" comics

• And much, much (seriously, a lot) more. For details, visit www.heroesonline.com.

With so many activities, it will undoubtedly be tough for convention attendees to figure out exactly what to do at any given moment. Even Fraction is leaving his options open.

The good folks at Creative Loafing will be on the floor at HeroesCon looking for the city's best comic book artists.

If you think you've got what it takes to illustrate some upcoming comic-related projects for CL, bring samples of your work to our booth Saturday from 1 p.m. to 2:30 p.m.

We'd like to see penciled (or penciled and inked), panel-to-panel comic pages -- not pin ups or posters. And please make copies of your work -- along with your name, phone number and e-mail address -- on 8 1/2 x 11 paper to leave with us.

Along with the artist search, at the CL booth we'll also be handing out our lovely papers, snapping photos of bizarre-looking costumes and giving away prizes all weekend long. Be sure to come check us out.