Down with the King 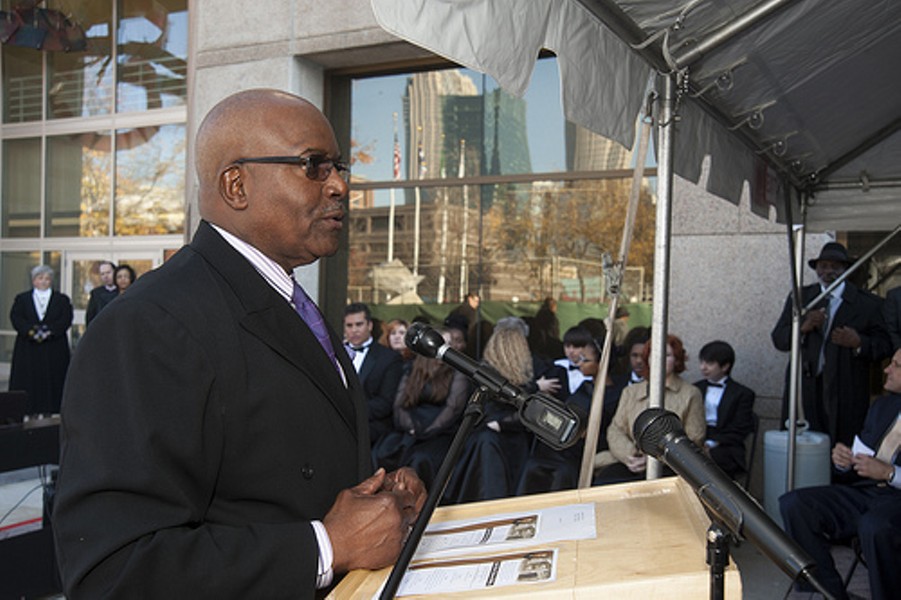 Creative Loafing first got a close look at county manager Harry Jones' high-handed arrogance 10 years ago. In 2002, this paper published an investigative story by former CL reporter Tara Servatius that set off a classic Harry Jones bullying spectacle. The story, "It's A Crapshoot," revealed that millions of gallons of raw, untreated human sewage had been spilled into the county's creeks and streams in the past three years, and that county officials charged with enforcing water pollution guidelines had done little to nothing to punish the polluters (i.e., Charlotte Mecklenburg Utilities, or CMU). The reporter, this paper and me, in my capacity as editor at the time, were publicly vilified by county officials as "irresponsible" evildoers who, ostensibly, were just out to cause a ruckus. Soon, King Harry told the County Commission that his staff had produced a massive point-by-point response to our story, which would be sent to all local media, "except for Creative Loafing, because they're not interested in the truth." County Commission Chair Parks Helms told Jones he had to send the response to CL lest the county government appear arrogant. But that was then. King Harry has gotten much worse since.

Last week, a Charlotte Observer editorial revealed that Jones "became angry and aggressive" and "upbraided his bosses for their audacity" when the county commission refused to grant King Harry any raise at all this year, much less the 4.5-percent increase he wanted for what he called his "exemplary performance." Sad to say, but for anyone who has followed Jones' ever-growing sense of self-importance, the episode came as no surprise. The Observer editorial went on to, more or less, call for Jones' ouster. We've been saying the same thing for years.

Here's a quick review of some of King Harry's "exemplary performances" we've written about.

In 2009, Jones' standard treatment of "his" county government as an Uptown good ol' boys club was in full display when: 1. Charlotte Mayor Anthony Foxx's wife Samara was handed a $100,000 job as a special assistant to the chief of the Department of Social Services, after posting the job listing for a total of one day; 2. The Department of Social Services hired the daughter of Police Chief Rodney Monroe; 3. It hired the daughter of Superior Court Judge Yvonne Mims Evans; 4. Jones tried his best to cover up a report of tens of thousands of dollars being embezzled from the department's Giving Tree Christmas charity; and 5. Jones reacted to criticism by Bank of America Vice President Harry Lomax by going behind the commissioners' backs to a BofA official in order to have Lomax's complaints quashed.

In 2010, in the middle of a severe economic downturn, Jones accepted a $38,000 bonus on the heels of cutting county jobs and denying raises for everyone else who worked for the county — an action for which he was publicly slammed by Schools Superintendent Peter Gorman, who turned down a bonus, along with his top administrators. In addition, the King showed textbook-quality poor management by waiting until the last minute to tell schools, libraries and parks that they had to make huge, wrenching budget cuts that, to put it mildly, upset the community. Add to that the revelation of poor, or rather nonexistent, oversight of a nonprofit that handled nearly $2 million in federal funds for the Shelter Plus Care program. And don't forget the brouhaha over a giant conflict of interest after county commissioners received free packets of tickets to the CIAA basketball tournament from Jones, after the county ponied up $200K to the CIAA to keep the tourney in Charlotte.

In addition, Jones released private information about Commissioner Jim Pendergraph, sent angry emails about the library system's management, and most recently, attempted to stonewall the hash the county had made of its property revaluation. The list could go on and on, but there's just so much space allotted to this column. I haven't even touched on the cold, detached, technocratic mindset so evident in Jones' thinking — the mindset people often slip into when they've been in positions of authority too long.

The obvious question here is: Why does the County Commission put up with Jones' mismanagement, Trump-sized ego, and unconcealed contempt? Any reasonable assessment of King Harry's tenure as county manager would see a long string of major flops; or, as the Observer put it last week, "The county careens from one failure to another on his watch, while Jones appears to cruise along enjoying complete impunity." The answer to the question is still a mystery, but in terms of politics, one thing is clear: The more the commission tolerates Jones' blustering, blundering performance, the worse they look. Commissioners shouldn't fool themselves into thinking that no one is noticing.

How are NC counties going to recount millions of ballots?
Top Stories