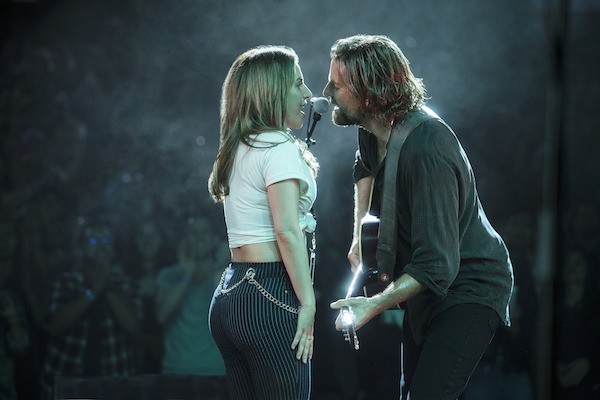 A two-month stretch of cinema in which nary a superhero can be spotted? Inconceivable!

Sure, sure, the fall film calendar includes the comic book adaptation Venom, but he’s more antihero than superhero. In all other respects, look for a comparatively quiet time at the multiplex over the next couple of months, as Hollywood catches its breath before plunging into the year-end blockbuster’n’Oscar season come November and December.

Here, then, is a checklist of the handful of films coming our way in September and October. Please note the list only includes wide openings, not limited releases that may or may not reach us during this time frame.

SEPTEMBER 7: A spin-off centering on a creepy character from The Conjuring 2, The Nun finds a priest (Demian Bichir) and his assistant (Taissa Farmiga) sent to Romania to investigate the strange death of a young nun ... From the director of Taken (Pierre Morel) comes Peppermint, an action thriller about a woman (Jennifer Garner) who seeks revenge on the men who killed her husband and daughter.

SEPTEMBER 14: Billed as a “reinvention” rather than a sequel, prequel or reboot, The Predator again focuses on the alien hunters who in the past caused a lot of problems for Arnold Schwarzenegger, Danny Glover, Adrien Brody and even Xenomorphs ... In his first directorial stint since having to contend with moronic MRAs and weepy fanboys for daring to remake Ghostbusters, Paul Feig returns with the mystery caper A Simple Favor, in which a mommy blogger (Anna Kendrick) attempts to discover why her best friend (Blake Lively) has suddenly disappeared ... A teenage boy (Richie Merritt) works as an FBI informant before electing to become a drug dealer in the true-life tale White Boy Rick, co-starring Matthew McConaughey as the kid’s father.

SEPTEMBER 21: Michael Moore, whose Fahrenheit 9/11 remains the top moneymaking documentary of all time, now offers the anti-Trump expose Fahrenheit 11/9, a look at a president infinitely more evil and imbecilic than George W. Bush (and whoever thought we’d be saying that in our lifetimes?) ... Gorehound Eli Roth is the unexpected director of the PG-rated The House with a Clock in Its Walls, starring Jack Black and Cate Blanchett in a supernatural saga about a young boy (Owen Vaccaro) unlocking the secrets of a mysterious mansion ... Billed as a “multigenerational saga,” Life Itself stars Oscar Isaac, Olivia Wilde, Antonio Banderas and Annette Bening in a story that primarily focuses on a New York couple as they journey from being college sweethearts to becoming spouses and parents.

SEPTEMBER 28: Hell Fest is set at the titular horror-themed amusement park, where a masked maniac is able to kill scores of people without fear of discovery ... Kevin Hart and Girls Trip breakout star Tiffany Haddish share the screen in Night School, a comedy about various adults attempting to pass the GED exam ... Channing Tatum, Zendaya, and Danny DeVito are among those heard but not seen in Smallfoot, an animated yarn about a Yeti (Tatum) trying to prove that humans really do exist. 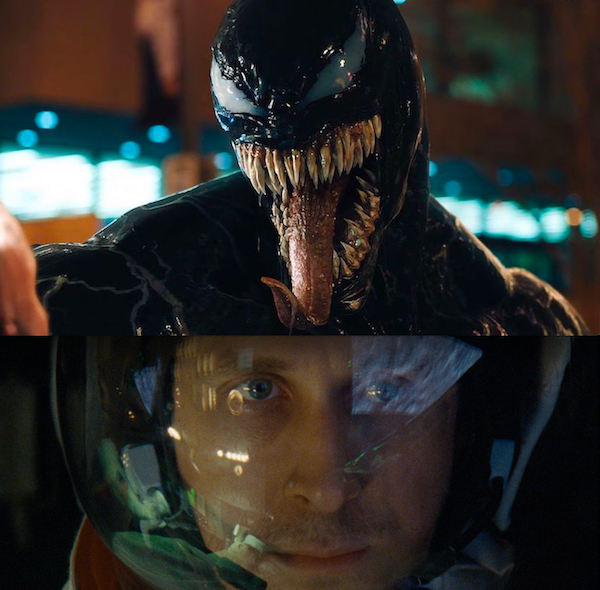 OCTOBER 5: The fourth screen version of the venerable tale, A Star Is Born casts Bradley Cooper (who also directed) as the aging music star who marshals a promising singer (Lady Gaga) toward fame and fortune even as his own career takes a tumble ... After an alien symbiote bonds with reporter Eddie Brock (Tom Hardy), they must share the same body in the Marvel saga Venom.

OCTOBER 12: Writer-director Drew Goddard (The Cabin in the Woods) serves up Bad Times at the El Royale, in which seven disparate characters (including ones played by Jeff Bridges, Chris Hemsworth and Dakota Johnson) all converge on a dilapidated hotel on the same fateful night ... La La Land leading man Ryan Gosling and its Oscar-winning director Damien Chazelle reunite for First Man, a look at the events that allowed Neil Armstrong to become the first person to ever set foot on the moon ... A sequel to the 2015 hit (but without Jack Black this time), Goosebumps 2: Haunted Halloween finds more of R.L. Stine’s spooky creations terrorizing a small town.

OCTOBER 19: Although the 1978 Halloween was followed by seven sequels, the new Halloween orders us to forget them all, as this one follows the arc of the original by catching up with Laurie Strode (Jamie Lee Curtis) and Michael Myers (Nick Castle) 40 years later ... The Hate U Give is the big-screen treatment of Angie Thomas’ bestselling novel about a black teenager (Amandla Stenberg) who witnesses her best friend being fatally shot by a police officer ... A fishing boat captain (Matthew McConaughey) is approached by his ex-wife (Anne Hathaway) and implored to murder her abusive new husband (Jason Clarke) in the thriller Serenity.

OCTOBER 26: In a plot that sounds like it came straight out of a Trump wet dream, Hunter Killer focuses on an American submarine captain (Gerard Butler) who’s ordered to rescue the kidnapped Russian president so US elections can continue to be sabotaged without interruption ... Johnny English Strikes Again, the third picture in the series after 2003’s Johnny English and 2011’s Johnny English Reborn, once again finds Rowan Atkinson doing his bit for king and country as England’s most inept secret agent.