Return of the mac

Dennis Pless has been cooking since he was 6 years old, it just took him a while to decide he should do it for a living.

In 2015, at 61 years old, Pless could be found outside Bank of America Stadium before every Panthers home game. He was running one of the most popular tailgates in town on Cedar Street, where he'd set up his tables, tents and a television before feeding more than 100 people each week on average, he says.

"I just got to a point where I said to my wife, 'Instead of doing this for free, I'm going to get paid for it,'" Pless says.

He spent about a year researching food trucks before buying out Bebo's American Bistro truck, which had been operating in the Cornelius area for just a few months in 2016. Recognizing the popularity of the bistro's mac 'n' cheese, Pless decided to make that the exclusive dish, renamed the truck Bebo's Mac Shack and began entering rallies and competitions from Rock Hill to Greensboro.

In the lead-up to the Cotswold Food Truck Rally on Friday, Sept. 21, at Trinity Presbyterian Church, we talk to the Concord native about his tailgating roots and which of his macs get the most love.

Creative Loafing: What did the prep for this mega-tailgate you used to host look like? 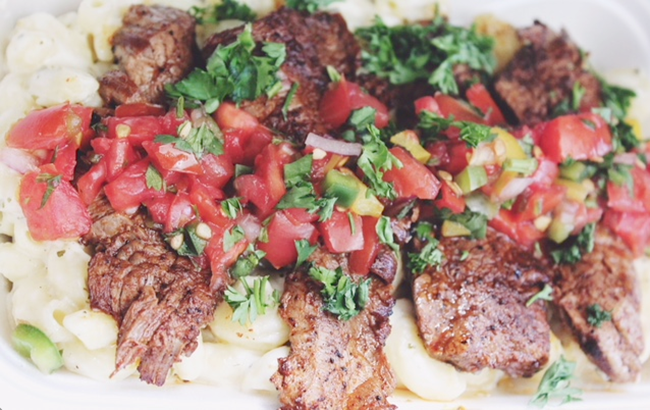 Dennis Pless: What I would do is shop all day on Saturday, and then Saturday evening I would load my truck down with the tables, the tents, the tablecloths, the flat-screen TV and the whole nine yards, pack all the food in coolers, go to the stadium around 7:30, 8 o'clock on Sunday morning, set up the tents, the tables, tablecloths, the screen, and sometimes we would have a live band. And we would cook everything from scratch right there in the tailgate of my truck.

What we would do is, when we'd get ready to play a team, I would research the city where they were from to find out what food they were famous for. Usually when you play a team like Atlanta you do the "dirty birds," so we'd always do chickens. When they played the Redskins it was usually seafood; soft-shell crab, shrimp, fried fish. [When] we played Philadelphia it was Philadelphia cheesesteaks. And so on.

How'd you land on mac 'n' cheese as a specialty for the food truck? 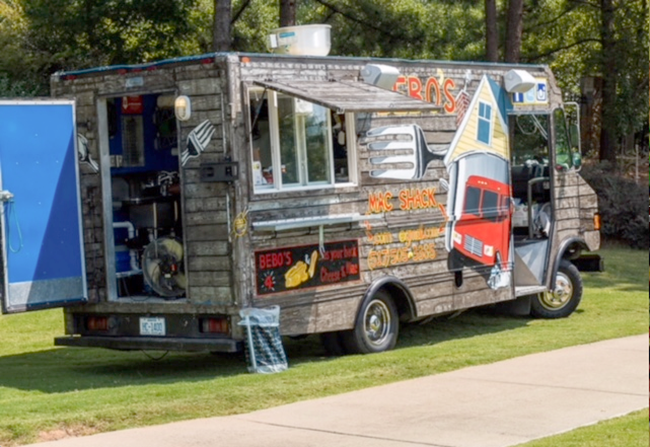 I am known for doing pork, barbecue chicken, ribs and beef brisket. So when I got ready to do the truck, I had a bright idea, I was going to go down and have one custom-built with a full kitchen in it, so I could literally cook anything.

So everybody kept saying, "That's never going to work. You're going to have way more equipment than what you need. You can't change the menu every day. People don't get used to it to generate a following."

And so that was my first idea of building a complete mobile kitchen, and then the more research and work that I did, I found out that's not what I wanted to do.

So I had looked at a couple trucks I had on a watch list, and this one came up, and it actually started out as a bistro truck and then from the bistro truck they served side dishes of macaroni and cheese. 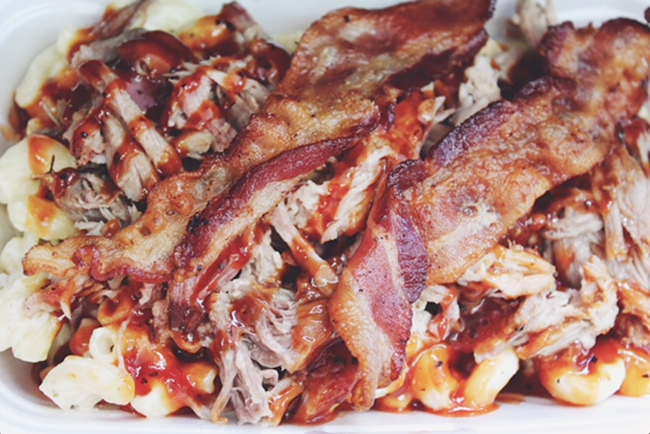 Well, they could only sell the macaroni and cheese, they couldn't sell anything else on the truck because it was so good.

After about three months of having the truck up and running, we took their eight original recipes and canned five of 'em. So that only left three of the original recipes and now there are a total of 18 different mac 'n' cheese recipes that we rotate based on the time of the year.

So we don't have more than seven or eight dishes on the actual menu at any given time.

What's a best seller for the upcoming fall season?

One of the big things that we like in the fall is we do a homemade chili. So we buy sirloin and we have it coarsely ground, so instead of being a real fine hamburger meat, it's more coarse. And then we make all of that in-house. That does really good. Another thing that's really good is our pulled pork mac 'n' cheese. That is our bestseller — probably 75 percent of our sales. And then we also do a brisket mac, which is quickly catching up with the pork barbecue.