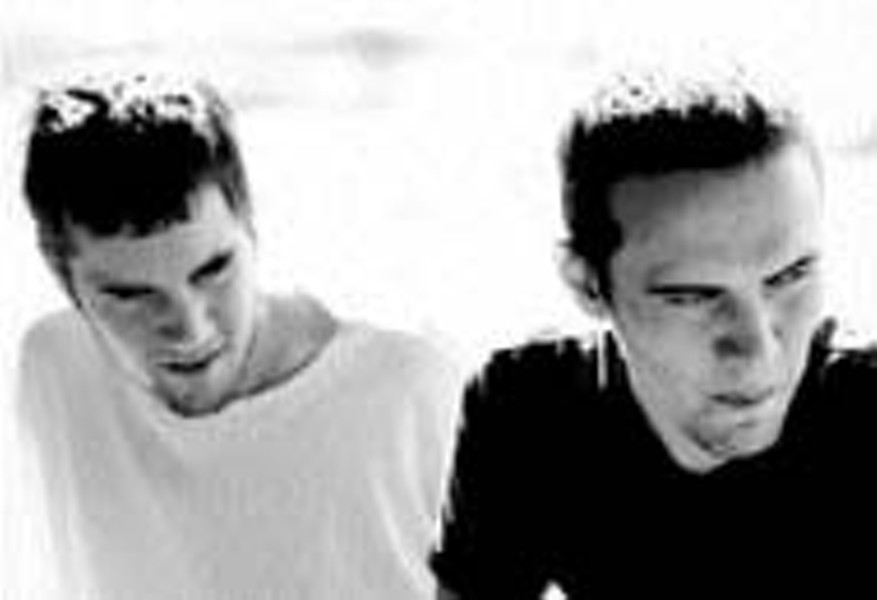 LYNN FARRIS Matt and Justin Faircloth are THE HOUSTON BROTHERS

The Jackson 5 was loaded with them -- Jackie, Tito, Jermaine, Marlon and Michael -- as were the Osmonds, which spawned one of the most popular brother/sister acts to date with Donny and Marie. There was also Karen and Richard Carpenter, who (like 'em or not) made up one of the most successful pop acts of the 70s. And before that, brothers Brian, Dennis and Carl Wilson broke new ground when they formed the Beach Boys. Ray and Dave Davies of the Kinks made headlines for their tumultuous bouts as well as their music, and in later years Van Halen formed on the basis of brothers Eddie and Alex. The Allman Brothers Band had Duane and Gregg in the beginning and still today, years (and years) after Duane's untimely death, brother Gregg still carries the torch although there's no longer a blood brother in the bunch.

Certainly, there are plenty more sibling acts from past years, but more recently, acts such as the Black Crowes, Hanson, Incubus and Oasis have featured the sibling formula. And just like many of the groups from the past, some of these greener acts can make headlines with their creativeness as well as their sibling quarrels. Take, for instance, when the Black Crowes and Oasis teamed up for the "Tour of Brotherly Love" last year -- a reference to the fraternal duo of Oasis' Noel and Liam Gallagher and the Crowes' Chris and Rich Robinson. Shortly after the announcement of the tour, jokes were made about Vegas setting odds on just how many shows the infamous quarreling duos could actually manage to pull off together.

Of course, there are always a few posers, too. The Doobie Brothers weren't really brothers (not a sibling in the whole bunch); the same scenario applied to the Righteous Brothers. And the Partridge Family -- well, at least there was speculation that the group was loosely based on a real family of musicians named The Cowsills.

Charlotte, too, has its share of siblings acts that take to the stage night after night with one or more family members. Take, for instance, Lenny and Michael Federal. These brothers have spent years playing together as both the aptly named Federal Brothers and as the Federal Bureau of Rock & Roll. Even today, whether it's solo or with another configuration of fellas, Lenny and Mike are still making their rounds on many local stages.

Another pair of brothers who have spent well over the past 10 years playing across the Piedmont together is Rusty and Johnny Barkley of the Part Time Blues Band. Rusty has garnered quite a reputation for the way he handles the axe while brother Johnny provides adequate rhythm on bass.

The well-known act collectively called Lou Ford features brothers Alan and Chad Edwards. Both of these fellas play guitar and sing, and, as many music critics will agree, there's something to be said when siblings harmonize together... there's just nothing quite like it.

As in the case of the Beach Boys, who recruited cousin Mike Love to join their band, some siblings acts like to keep things in the family, or at least recruit a close friend. Brothers Randy and Tommy Franklin formed the Charlotte band Crisis in 1996 along with guitarist Ed Leitch, who actually grew up on the same street as the Franklins in the early 70s. In fact, Randy and Ed first teamed up musically, with Tommy joining the act later on.

Many moons ago, Steve, Chi Cho, Javier and Henry Peralta formed the appropriately named group Peralta. Over the years, the band has seen a few changes in their line-up and their sound has undergone a major change, but all four brothers remain the constant. Keeping it in the family, cousin Alex has managed the band through the years. He says things can get a bit crazy at times and there's been an occasional fight, but they were all raised on the belief that family is family and it's the most important thing they have. "So no matter what happens, they know they're brothers and you can't take that away," he says.

In more recent years, the Charlotte scene has gained even more sibling acts, including (but not limited to... hey, we couldn't fit everybody in) Bridge featuring brothers Brandon and Terrill Hinson, the Avett Brothers featuring Scott and Seth Avett, The Houston Brothers consisting of Justin and Matt Faircloth, and Justincase, a sibling trio featuring Justin, Nick and Hannah Tosco. There's also a sister act made up of Shannon and Bridget Heany, who call themselves CJ Sister. The duo are currently on a nationwide tour raising money for a scholarship fund they started in memory of their mother, who they lost to breast cancer.

While it could probably go without saying, most, if not all, of these siblings have played with one another since childhood, and music was a big part of their upbringing. Most will also admit that, as Justin Faircloth of the Houston Brothers summed it up nicely, "There's no one else I'd rather be playing with than my own brother." *