The legal drinking age in the U.S. is 21, but the RiverRun International Film Festival deserves cascading champagne as it celebrates its 20th birthday.

The acclaimed film fest, held annually in Winston-Salem, will mark two decades of sustained success in the usual manner, by offering a heady mix of movies from around the world. Over 165 features and short films from 40 different countries will be screened at this year’s event, which kicks off this Thursday, April 19, and runs through Sunday, April 29, at various venues around the city.

The festival begins the evening of April 19 with a pair of screenings: the Charlotte-shot American Animals, starring Evan Peters (Quicksilver in the X-Men flicks) and Barry Keoghan (The Killing of a Sacred Deer) in a story about four guys who confuse real life with reel life and attempt to pull off a major heist, and the documentary Sammy Davis, Jr.: I’ve Gotta Be Me, in which various celebrities (including Sidney Poitier, Shirley MacLaine and Jerry Lewis) discuss the life and legacy of the beloved entertainer. The fest will then conclude the night of April 29 with a screening of Hearts Beat Loud, a drama from writer-director (and UNCSA alum) Brett Haley about a father (Nick Offerman) and college-age daughter (Kiersey Clemons) who decide to write songs together. 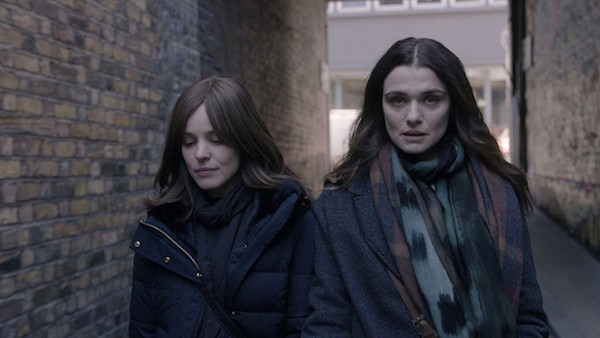 Other titles being screened include Disobedience, directed by Sebastian Lelio (whose A Fantastic Woman won the Best Foreign Language Film Oscar last month) and starring Rachel Weisz and Rachel McAdams as two women who consider rekindling their long-ago teenage romance; Laddie: The Man Behind the Movies, a documentary about Alan Ladd Jr., the intuitive executive who played a major role in the creation of such classics as Star Wars, Young Frankenstein, Blade Runner and Chariots of Fire; the documentary Feminists: What Were They Thinking?, a look at the revolutionary Women’s Movement in the 1970s; Breath, with actor Simon Baker (The Mentalist) making his feature directorial debut and co-starring as an outdoors enthusiast in Australia who takes two teenagers under his wing; and the documentary Generation Wealth, with The Queen of Versailles helmer Lauren Greenfield taking another look at filthy-rich Americans.

Actress Piper Laurie (The Hustler) and director-editor Chuck Workman (an Oscar winner for the sensational short film Precious Images) will be in attendance to receive special awards, and some of the classics to be shown during this year's shindig include Martin Scorsese’s The Age of Innocence, Ingmar Bergman’s Wild Strawberries, and the film noir staple The Narrow Margin.

Some screenings have already sold out, although a Wait List is available for every show. For the complete schedule, ticket prices, and more, go here.