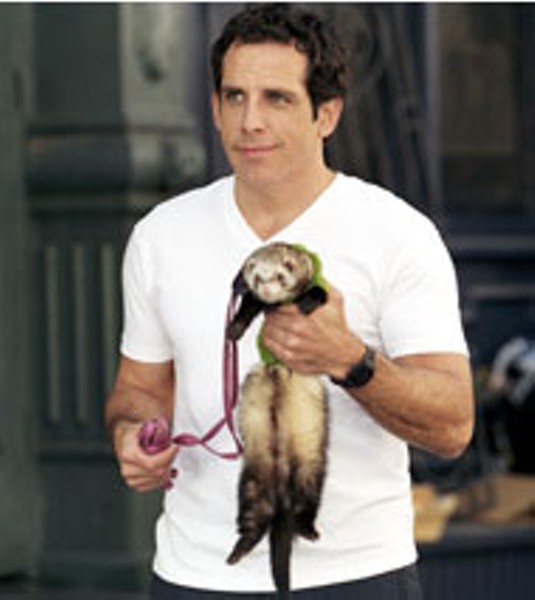 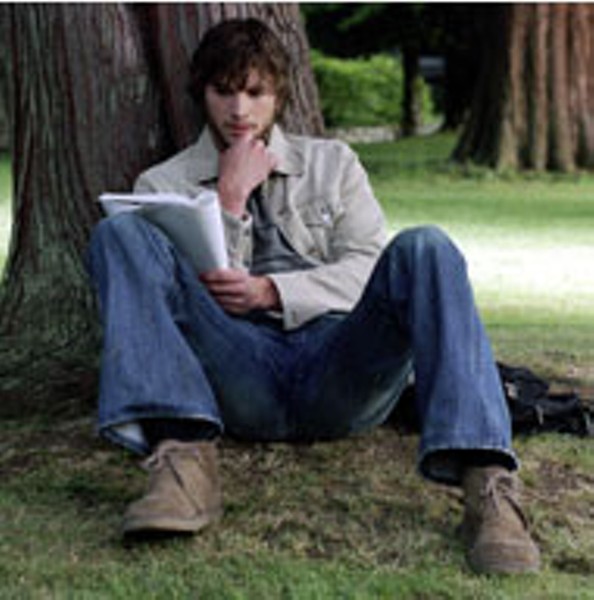 ALONG CAME POLLY It's not hard to figure out why Universal got nervous about Polly's prospects and elected to bury it in the graveyard movie month of January. The two stars have no chemistry (Jennifer Aniston's channeling Diane Keaton in Annie Hall, Ben Stiller's channeling Ben Stiller in just about everything). Writer-director John Hamburg doesn't even begin to mine the comic possibilities of his premise, which examines the budding relationship between an overly cautious businessman who analyzes the risk factor in everything and an easy-going woman with a blind ferret and a spontaneous nature. And the potty humor! It's like watching the campfire scene in Blazing Saddles stretched out over the course of 90 minutes. And yet two factors save this from being a disaster. First and foremost are the contributions of a terrific supporting cast, including Philip Seymour Hoffman as Stiller's slovenly buddy, Alec Baldwin (on a roll following The Cooler) as his crude boss, Hank Azaria as a buff scuba instructor, and 80s mainstay Bryan Brown as an Australian thrill seeker. And second is Hamburg's ability to nail the little moments even as he's screwing up the big picture. Whether it's the illustration in the children's book Aniston has penned (titled The Boy With a Stub For an Arm) or the desire of Hoffman's character, a former child star gone to seed, to play both the Judas and Jesus roles in a local amateur production of Jesus Christ Superstar, Along Came Polly provides more laughs than one would have thought possible.

THE BUTTERFLY EFFECT Had this sci-fi oddity been created by an acid-tripping graduate student for his thesis project -- and kept to a 30-minute running time -- his professor would have doubtless awarded him an "A," not only for thinking outside the box but for the sheer chutzpah of the piece. But as a major studio project, it's woefully lacking, as the writer-director team of Eric Bress and J. Mackye Gruber (the scripters of Final Destination 2) stretch the tale out over the course of two redundant hours before realizing (as do we) that it's probably impossible to give this twisty tale a satisfying resolution. Ashton Kutcher plays a troubled college student haunted by a horrific childhood that managed to incorporate pedophilia, a psychotic dad, a dead baby, and a dog set on fire. But after discovering that, by accessing the journals he kept as a kid, he's able to travel back to that period in time, he sets about changing the events of his life -- and in effect creates alternate realities about as dismal as the one he left behind. Initially intriguing, this quickly turns silly and then eventually wears out its welcome altogether: By the time Kutcher makes his umpteenth time jump, I was praying that we would all end up landing in a better movie.

BIG FISH Tim Burton goes for the (Oscar) gold with this colorful fable that attempts to tackle hefty issues using the same mixture of melodrama and mirth that worked so well for Forrest Gump. But forced whimsy isn't really whimsy at all, and for all its surface eccentricities, this turns out to be one of Burton's most conventional works, relating the story of a journalist (Billy Crudup) who'd like to get to know his dying dad (Albert Finney) before it's too late. But that's easier said than done, since Pop is incapable of relating anything but outlandish tall tales involving his exploits as a young man (played in flashback by Ewan McGregor). A stellar cast does what it can with this meandering picture that only accumulates any emotional steam during its closing quarter-hour.

CALENDAR GIRLS Based on a true story, this likable yarn chronicles the events that transpire when a group of middle-aged English women decide that the best way to raise money for charity is by posing nude for their annual calendar, a radical idea that rapidly threatens to turn into a global phenomenon. What sounds like an overly calculated endeavor -- The Full Monty... with women! -- actually gains some genuine mileage out of its inspirational premise, leading ladies (Helen Mirren and Julie Walters), and no shortage of humorous moments.

CHEAPER BY THE DOZEN I haven't seen the 1950 original, yet something inside me -- call it my sixth sense for cinematic sacrilege -- tells me that it didn't feel compelled to include a sequence in which a kid slips in the puddle of puke that his brother produced moments earlier. Sure, it's a gut-buster for the under-12 set, and had the movie limited its idiocy to merely including yuck-o moments like this one to appease the crusty-snot-noses in the audience, it might have been mildly tolerable. But this half-baked Dozen is incompetent at every turn and shameless on every level, with its heartwarming moments more likely to cause heartburn and its comedic bits about as funny as a mad hornet in the mouth. As the dad forced to baby-sit a houseful of kids, Steve Martin continues to fritter away a once vibrant career.