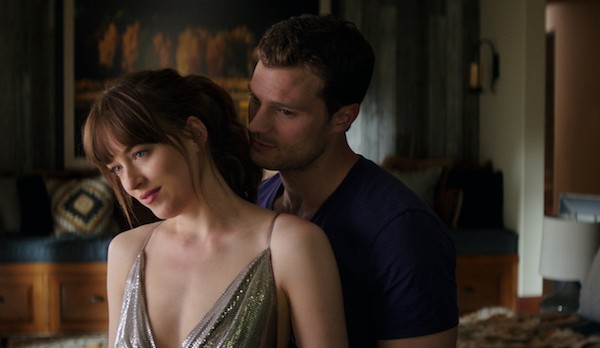 The third and final movie based on the international bestselling series by E.L. James, Fifty Shades Freed is the best film in the trilogy that began with 2015’s Fifty Shades of Grey and continued with 2017’s Fifty Shades Darker. Yet before we start popping champagne bottles in celebration, let’s retain the sobering perspective. Considering the general awfulness of this franchise, this is the equivalent of saying it’s better to lose only one finger rather than three in an industrial accident, or preferable to receive only a 10% salary cut rather than a 30% slash.

Still, blessings should be snatched wherever and whenever they appear, and it’s comforting to note that Fifty Shades Freed isn’t quite the excruciating experience as its forebears in foreplay. And for a series that fancied itself cutting-edge in its depictions of carnal knowledge but ended up being no better than those sleepy softcore romps that used to be play on late-night Cinemax on a regular basis, it’s amusing that there’s an actual scene in which vanilla ice cream is added to the vanilla sex.

That ice cream scene is preferable to most of the other ostensibly hot’n’heavy sequences in the picture, primarily because stars Dakota Johnson and Jamie Dornan actually seem to be enjoying themselves more than usual. One of the largest and rustiest nails in the coffin of this franchise has been the complete lack of chemistry between these actors, a near-insurmountable problem in a saga of this nature.

In this installment, Christian Grey (Dornan) and Anastasia Steele (Johnson) finally get married, but their happily-ever-after status is immediately threatened by the reemergence of Jack Hyde (Eric Johnson), who’s jealous of Christian’s lofty status and seeks revenge via a series of badly thought-out schemes. Also rubbing against the couples’ eternal contentment is the fact that Anastasia is thinking about babies while Christian still prefers handcuffs to high chairs.