Everybody into the Deadpool 2 | Reviews | Creative Loafing Charlotte

Everybody into the Deadpool 2 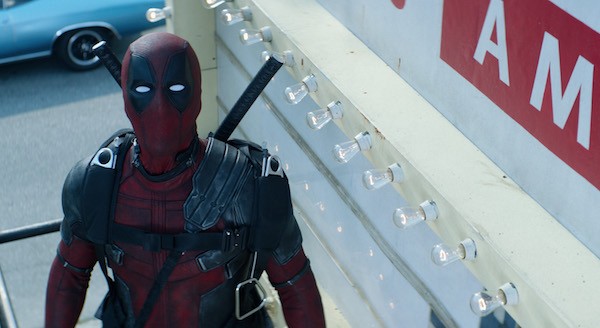 The best part of Deadpool 2 is what occurs during the closing credits. Additional moments inserted during (and after) the final text scroll are par for the course in superhero movies, yet the gag here is especially ingenious and absolutely hilarious.

The worst part of Deadpool 2 is what occurs before the opening credits. The snarky introductory text treats this development as something shocking and unexpected, but really, it’s similarly par for the course – and utterly predictable – when it comes not only to superhero tales but any action flicks focusing on heroic loners.

As for that vast middle ground between the opening and closing credits? It’s mostly a kick, adopting the same levels of arrogance, attitude and faux insouciance as exhibited in 2016’s Deadpool. If it doesn’t quite reach the plateau of its predecessor, that says less about the freshness of the film’s irreverent approach and more about the comparative stagnation in the character’s development.

The main thrust of Deadpool 2 finds Wade Wilson/Deadpool (Ryan Reynolds) trying to protect a young mutant (Julian Dennison) from the imposing Cable (Josh Brolin), who has journeyed back from the future Terminator-style to eliminate the boy and thus prevent future heartbreak. To combat Cable, Wade assembles a ragtag outfit of mutants, and the sequences centering on their recruitment and subsequent deployment into the field are among the film’s best (look for a brief appearance by an A+-list star as Vanisher).

As expected, several supporting characters from the original Deadpool have returned alongside our sarcastic superhero. Morena Baccarin is back as Vanessa, Wade’s significant other — their relationship was a high point of the first picture, and it retains its sweetness in this outing. T.J. Miller is also on hand to add more of his customary (and overdone) shtick as Wade’s sidekick Weasel; Karan Soni again amuses as cabbie Dopinder; Leslie Uggams is largely wasted as Blind Al; Brianna Hildebrand makes a welcome return as Negasonic Teenage Warhead (and, aww, she has a girlfriend!); and a little of Colossus (voiced by Stefan Kapicic) goes a long way.

Speaking of Colossus, he’s again on the scene to remind Wade of the necessity of belonging to something larger than the individual. Indeed, there’s a lot of yammering in this picture about the importance of family, but for the most part, it feels about as insincere as in those gross-out comedies that make fun of various players for 90 minutes and then suddenly ask viewers to open their hearts to them. But aside from Wade’s moments with Vanessa, such sentimentality feels forced in a quip factory such as this one. The film works best when it takes nothing seriously, and Deadpool is never more endearing than when he’s directing his wisecracks at DC movies, the Avengers, the X-Men, and Thanos. Oh, and Logan. Always Logan.