Dunkirk: The art of war 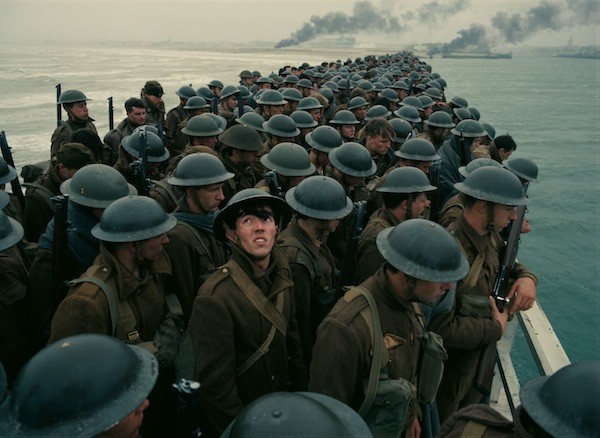 Dunkirk is already being hailed in some quarters as one of the greatest war films ever made and in other corners as a typically overrated Christopher Nolan endeavor. Neither claim is accurate, although it should be noted that the enthusiasts are closer to the mark than the Nolan naysayers.

Certainly, Dunkirk hardly belongs in the same class as Apocalypse Now, Saving Private Ryan or any of the other superb combat flicks that have been produced over the past 100-odd years. Focusing on the unlikely — some would say miraculous — evacuation of over 300,000 surrounded Allied soldiers from the French beaches over the course of a few days in 1940, the movie is stripped down in terms of its characterizations. Various players are represented in only scattered scenes, and character names are often hard to come by. A few recognizable actors appear here and there — Tom Hardy as a courageous pilot, Cillian Murphy as a shell-shocked soldier, Kenneth Branagh as a concerned officer, and Bridge of Spies Oscar winner Mark Rylance as a British citizen commandeering one of the rescue boats — but most of the cast is comprised of up-and-comers whose boyish faces are often hard to distinguish in the darkness and under the dirt. Worse, Nolan’s decision to tinker with time won’t bother those who can keep up but is certain to anger and irritate those whose knives are already unsheathed.

Yet to suggest that Dunkirk is a movie lacking in emotion because it’s lacking in sharply etched players is incorrect. Nolan’s strength here is his ability to place audiences right into the thick of the various struggles taking place by air, land and sea. Backed by Hans Zimmer’s forceful score as well as sound effects that deserve this year’s Oscar, he comes up with a movie that works beautifully as an aural and visual assault. This in turn heightens the senses in terms of what’s at stake for all these soldiers and civilians, and viewers with any semblance of empathy will easily be engaged, enraged and, ultimately, inspired.