Associate professor of English at UNC-Charlotte 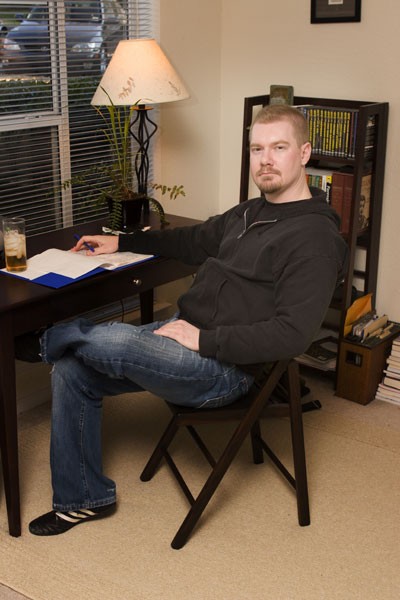 If you've ever spent a week at summer camp, you probably remember sitting in a circle recounting old folk tales. But only a select few storytellers have graduated from the campfire and made a mark in the literary world; Dr. Aaron Gwyn -- Charlottean, professor, and author -- is one of those few.

Gwyn has served as an associate professor of English at UNC-Charlotte since the summer of 2003 where he primarily teaches fiction writing classes for graduate and undergraduate students.

In 2004, he published Dog on the Cross: Stories with Algonquin Books. The collection features eight loosely related stories that take readers into a small town with a Pentecostal church at its hub.

Dog on the Cross was one of five finalists for the 2005 New York Public Library Young Lions Award.

He is currently anticipating the release of his first novel, which is still under contract.

While he loves fiction writing and teaching, Gwyn says that he has studied various forms of martial arts since the age of 11, including Tae Kwon Do, Jiu-Jitsu, and different styles of kickboxing.