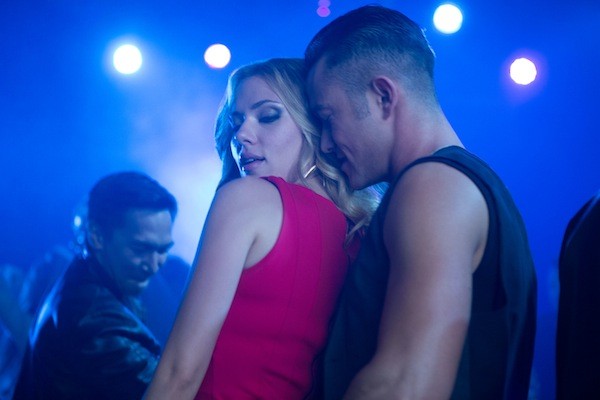 Being a novice behind the camera, we can pretty much expect Gordon-Levitt to allow his story to unfold — and end — in one of two ways. The more conventional is that Jon does indeed unplug himself from porn and devote his life exclusively to Barbara; the other is that he follow the advice that Dan Savage regularly doles out in his Savage Love column and elect to DTMFA, cutting loose an unreasonable woman who would require him to make such an extreme choice and sticking with the smut. But hold the phone: Proving he's more than just a pretty face, Gordon-Levitt goes beyond these simplistic choices in his screenplay and blazes the way with a neat series of turns that left me surprised by the story's developments and impressed with its creator's generosity of spirit and understanding of human nature.

To further insulate himself from any potential hazards, Gordon-Levitt has surrounded himself with an impeccable cast — and, yes, that includes successful TV actor, failed movie star and real-life thug Tony Danza as Jon's coarse father. Johansson keeps us guessing as to whether Barbara will turn out to be the best thing in Jon's life or the worst, while Brie Larson's lack of dialogue adds humor to her turn as Jon's sister. The script's wild card comes in the form of Julianne Moore as Esther, a woman Jon meets in his community-college class. Jon is initially annoyed by this sad person who pries into his affairs and appears to want to share her baggage with him, but as time passes, he realizes he could use another friend. More than anyone else, Esther proves to be the character that allows Don Jon to upgrade from being a humorous and perceptive movie about naughty Internet connections into a heartfelt and perceptive movie about necessary human connections.