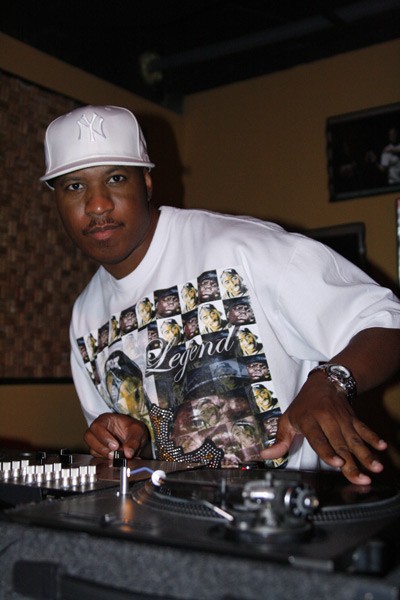 DJ Flemingo is known to be the Casanova, club-hopping DJ, but he says, "I am more of an entertainer than a DJ. Playing the hits are more about entertaining the crowd, getting the crowd involved, making sure everybody has a good time." He says he is actually a "quiet and humble" person.

Flemingo believes there is a bad boy stigma attached to being a DJ – that's why he keeps his given name a secret. He says being a DJ doesn't provide health insurance and doesn't come with a 401K plan, so he keeps his DJ life separate from his shirt and tie profession.

"A lot of people think I work for Bad Boy [Records], only for the simple reason that my banner is extremely large, so whenever I put it up the only thing that is visible is 'Bad Boy.'" When seen in its entirety the banner says, "DJ Flemingo the East Coast Bad Boy." He is actually one of the official Def DJs of So So Def Records.

He enjoys watching movies during his free time. "I'm a movie buff," he says. He loves movies so much that his DJ name came from the 1984 movie The Flamingo Kid.

Many see Flemingo as an underground Charlotte DJ, but he has received national exposure in the March 2005 issue of XXL Magazine. He was also a guest DJ on BET Rap City in 2004. "Rap City and XXL gave me a lot of exposure here in Charlotte because I was the only so-called underground DJ making moves like that without being a radio jockey on the air," he says.