Devil in a Blue Dress, The Fifth Element, Inside Out among new home entertainment titles | View from the Couch | Creative Loafing Charlotte

Devil in a Blue Dress, The Fifth Element, Inside Out among new home entertainment titles 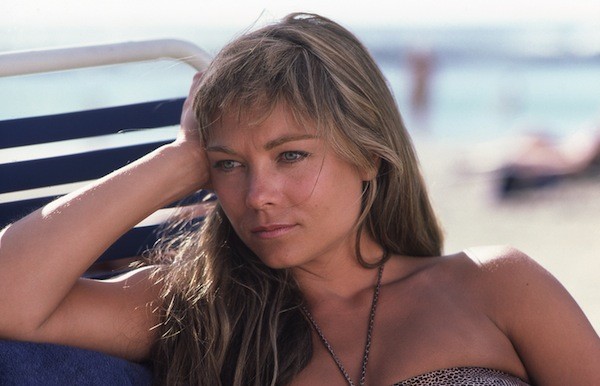 BLACK WIDOW (1987). A top-notch actress who managed to remain a complete unknown as far as the general moviegoing public was concerned (spending over a decade starring in numerous art-house flicks for ex-husband Nicolas Roeg probably had a lot to do with that), Theresa Russell enjoyed a soupçon of mainstream success when she co-starred in Twentieth Century Fox's production of Black Widow, an ever-so-modest box office hit ($25 million) back at the start of '87. The film's title refers to Russell's character, a woman who marries millionaires and then murders them in ways that fail to draw attention or suspicion, thereafter disappearing into her next identity and setting her sights on another victim. Someone finally notices a pattern between these seemingly unrelated deaths — specifically, Alex Barnes (Debra Winger), a Justice Department wonk who's both fascinated and frightened by this mysterious woman and eventually manages to work her way into her confidence. Surprises are few and far between in this attractively filmed yet disappointingly conventional thriller that's short on psychological heft — given the set-up and the characters' relationships, the script by Ronald Bass is entirely too timid for its own good. Solid performances dot the supporting landscape, including future Alias and Lost player Terry O'Quinn as Alex's boss, James Hong as a sarcastic private eye, and especially Nicol Williamson as a lonely museum curator. 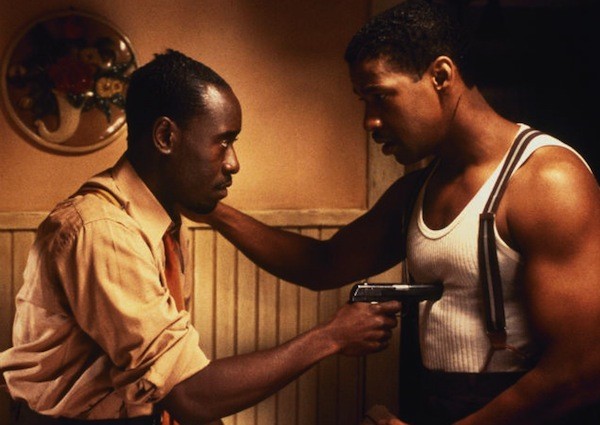 DEVIL IN A BLUE DRESS (1995). A baker's dozen of books featuring the character of Ezekiel "Easy" Rawlins were penned by author Walter Mosley, and it's a shame the box office failure of Devil in a Blue Dress, the screen adaptation of the first Rawlins novel, prevented any more mysteries from making the leap from page to screen. Certainly, Denzel Washington was born to play the part of Easy, and it's unfortunate he never got to reprise the role. Set in 1948 Los Angeles, this finds the recently (and unfairly) fired Easy reluctantly accepting a job from a shady figure (Tom Sizemore) to locate the missing lover of a local politician. He succeeds in making contact with the woman (Jennifer Beals), but his sleuthing draws him deeper into a labyrinthine plot involving blackmail and murder. Adapted and directed by Carl Franklin (three years removed from his breakthrough film, the 1992 indie hit One False Move), Devil in a Blue Dress was one of the era's more successful attempts at a neo-noir, with Washington's amateur gumshoe subjected to the genre's established beats: harassment from cops and crooks alike, come-hither looks from potential femmes fatales, and confusing clues that eventually snap into place. As Mouse, Easy's violence-prone friend, Don Cheadle snagged a SAG nomination and a pair of major critics awards for his magnetic turn. 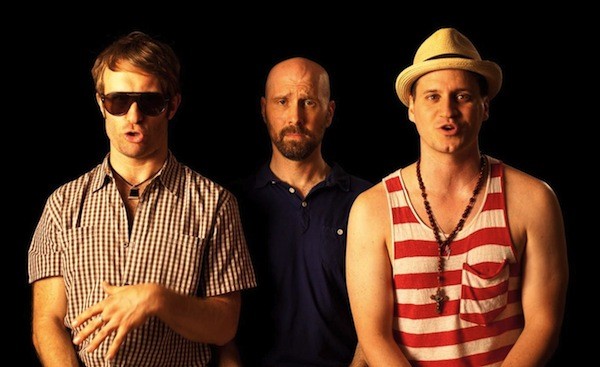 DO I SOUND GAY? (2015). David Thorpe is over 40 and under the impression that his voice is one of the reasons he's having trouble finding true love. Nursing wounds from a relationship that just ended, Thorpe fears that his elevated, effeminate manner of speaking will prevent him from landing any suitable boyfriends in the future. Hence we have Do I Sound Gay?, Thorpe's entertaining documentary in which he interviews various people about the subject while also seeing vocal coaches to assist him in lowering his own speech. A scattershot feature that remains consistently watchable, this succeeds less when it focuses on Thorpe's attempts to deepen his own voice — despite what he thinks, he does not sound less gay by the end of the film — and more when it offers insights from Thorpe's family members as well as numerous celebrities. Sex columnist Dan Savage speaks briefly about how both misogyny and internalized homophobia play large roles in why homosexuals don't like other gay men who sound feminine, while author David Sedaris admits that he takes it as a compliment whenever someone in person tells him he doesn't sound gay. Fashion designer Tim Gunn and Star Trek actor and Internet icon George Takei also contribute soundbites, mostly about the importance of owning one's homosexuality, and there's a touching look at Zach King, the headstrong Ohio teenager who in 2011 was savagely beaten by a classmate (the thrashing was caught on video) for being different. And because Thorpe originally hails from the Carolinas (Columbus, SC), there's also footage of two of the most loathsome figures to ever emerge from these states, degenerate right-wing politicians (and raging homophobes) Jesse Helms and Strom Thurmond. For your own sake, try to refrain from pelting your TV screen with beer cans and popcorn bowls.

The only extra on the DVD is the theatrical trailer.

THE FIFTH ELEMENT (1997). This gonzo sci-fi outing, set in 2259, proves to be a messy amalgam — a motion picture with the body of a mainstream blockbuster but the spirit of a trendy cult flick. And yet, for all its narrative incoherencies, visual excesses and shifting moods (it whiplashes between drama and comedy with light-speed abandon), the movie works. The plot — initially incomprehensible, but easier to figure out once it gets rolling — posits that only an alien known as Leeloo (Milla Jovovich in the film's most affecting performance) has the power to save our world from being destroyed by an approaching fireball of pure evil. The insane Zorg (a weak Gary Oldman) opposes her at every turn, but she receives invaluable assistance from Korben Dallas (Bruce Willis, appropriately gruff), a former government agent who now works as a New York cab driver. It's not exactly a revelation to discover that then-37-year-old writer-director Luc Besson (La Femme Nikita, Leon: The Professional) came up with the idea for The Fifth Element when he was 16, as few creatures on this planet are as familiar with the principles of the science fiction form as teenage boys with overactive imaginations. Besides, it helps us understand why, in the movie, the only being with the power to save the planet is a lithe model whose wardrobe chiefly consists of strategically placed strips of masking tape.

Blu-ray extras include a trivia track; a piece on the film's origins; a featurette on Jean-Paul Gaultier's costume designs; and interviews with Willis, Jovovich and co-stars Chris Tucker (who plays the fast-talking Ruby Rhod) and Maiwenn Le Besco (cast as the blue-skinned opera diva). 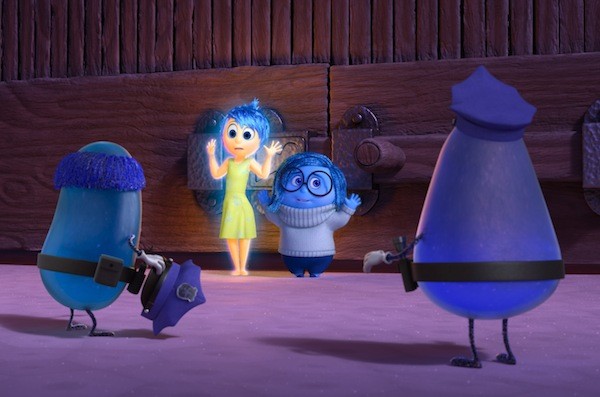 INSIDE OUT (2015). Immediately establishing itself as one of the best animated efforts ever crafted by Pixar, Inside Out demonstrates that few in Hollywood can match that outfit's brain trust when it comes to creating motion pictures that offer an irresistible mix of imagination, intelligence and emotion. Inside Out relates the story of an 11-year-old girl named Riley (voiced by Kaitlyn Dias). More accurately, it relates the story of what's inside Riley — specifically, the core emotions that have been with her ever since birth. First and foremost, there's Joy (Amy Poehler), the "control room" leader and the one responsible for trying to make Riley enjoy every moment of her life. That's a tall order, considering the other emotions are all vying for prime-time programming. There's Anger (Lewis Black), there's Fear (Bill Hader) and there's Disgust (Mindy Kaling). And then there's Sadness (Phyllis Smith), the emotion that Joy is perpetually attempting to most keep at bay. An accident results in Joy and Sadness being ejected from the control center, and it's at this point that the movie really takes off, both visually and philosophically. The pair's excursions result in some of the most potent set-pieces in the Pixar canon, with select bits even invoking the spirit of the gems Hayao Miyazaki made for Studio Ghibli. As expected, there are several gags engineered to please the parents even more so than the children, with a few threatening to raise the bar for future animated endeavors. After all, when a toon flick has the audacity to reference the 1974 masterpiece Chinatown, it's clear that the lowest common denominator is nowhere to be found. 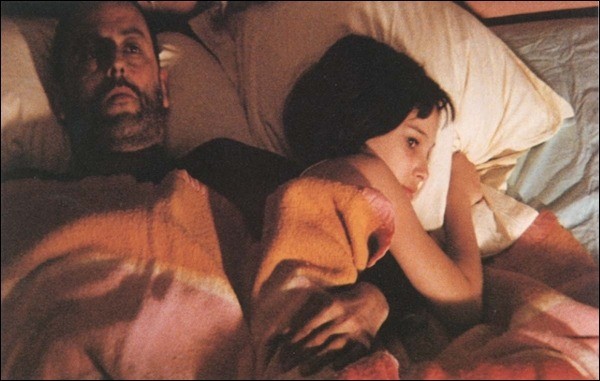 LÉON: THE PROFESSIONAL (1994). A favorite of IMDb fanboys (who have absurdly — but predictably — ranked it the 27th best movie of all time!) and reportedly of pedophiles as well, Léon: The Professional (titled The Professional when it originally played U.S. theaters) is noteworthy as marking French helmer Luc Besson's first American production as well as showcasing the film debut of a then-13-year-old Natalie Portman. Jean Reno plays Léon, a seasoned hitman who appreciates Gene Kelly musicals, considers a plant to be his best friend, and drinks two quarts of milk a day. Among his neighbors is Mathilda (Portman), a 12-year-old girl who decides she wants to learn the ropes of the assassination trade after her entire family is wiped out by a corrupt cop (Gary Oldman) and his crew. In her first role, Portman makes a strong impression, and while Reno always comes across as more charismatic in his French-language features, he fares OK in this stateside production. Unfortunately, Oldman's unbearably hammy turn ranks as perhaps the worst performance of his career — it's impossible to take him seriously as an imposing villain — while Besson's visual dazzle can only go so far in covering up a hollow story.

The Blu-ray contains both the R-rated theatrical version as well as an unrated cut that runs an additional 24 minutes; this extra footage was trimmed before the '94 debut and largely centers on Mathilda's desire to be Léon's lover. Extras include a trivia track; retrospective interviews with Reno, Portman and others; and the theatrical trailer. 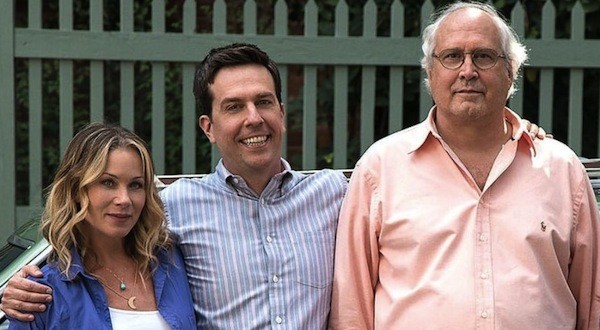 VACATION (2015). Many will vehemently disagree, but 1983's National Lampoon's Vacation doesn't quite make the grade of "comedy classic": It's an extremely pleasant diversion with a few memorable bits and a likable cast, but true comic invention is hard to locate in the meandering screenplay by the late John Hughes. For those who haven't actually seen it since the '80s, the plot finds good-natured clod Clark Griswold (Chevy Chase) taking his brood — wife Ellen (Beverly D'Angelo), son Rusty (Anthony Michael Hall) and daughter Audrey (Dana Barron) — from Chicago to Los Angeles to spend some time at the theme park Walley World. While everyone else wants to fly there, Clark insists on driving, a decision that leads to a series of disasters for the Griswold clan. The movie's commercial success led to several sequels, and now, 32 years after the original, we get Vacation, which includes the obligatory cameos by Chase and D'Angelo but shifts its attention to the now-grown Rusty (Ed Helms). Despite resistance from his wife Debbie (Christina Applegate) and sons James (Skyler Gisondo) and Kevin (Steele Stebbins), Rusty decides they will embark on a getaway that retraces the one he undertook as a kid, right down to the final destination point of Walley World. Sweep the warm and fuzzy nostalgia aside, and the '83 model and this new one are comparable, mixing R-rated laughs with a semi-sincere message about the bonds that hold a family together. Of course, the vulgarity is more pronounced in this new version, but then again, so are many of the laughs. For the most part, this is the sort of assembly-line comedy that's de rigueur these days, but it does possess a few elevating graces.

Blu-ray extras include a making-of featurette; deleted scenes; and a gag reel.

View from the Couch film review View From The Couch Blu-ray DVD Matt Brunson Black Widow Devil in a Blue Dress Do I Sound Gay? The Fifth Element Inside Out Leon: The Professional Vacation