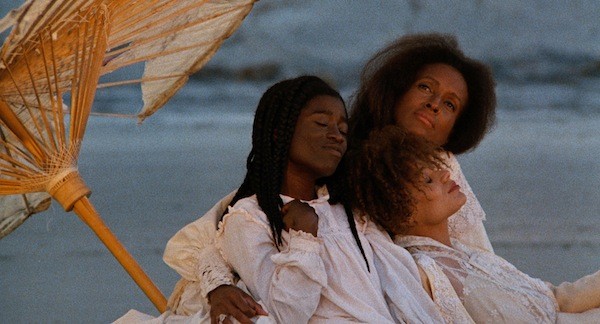 DAUGHTERS OF THE DUST (1991). Writer-director Julie Dash’s feature-film debut first came to my attention in 1992, when the late Robert West, then the film coordinator for Charlotte’s Mint Museum, booked it as part of the venue’s spring film series. Of all the movies being screened that season, he was particularly excited for me to catch this one — and with good reason. Decades later, the film has lost none of its importance or appeal. Billed as the first feature by an African-American woman to be given a wide release, the picture was added in 2004 to the Library of Congress’s National Film Registry, the permanent home for movies deemed to be “culturally, historically or aesthetically significant.” Set in the Sea Islands off the coast of South Carolina, the story follows a Gullah family in 1902 as they prepare to leave for the promises of the North. Some members of this community prefer to stay behind, setting up a scenario that touches upon such tug-of-war topics as tradition vs. progress and soulful spirituality vs. organized religion. Dash doesn’t always rely on a linear narrative — rather, she creates a series of haunting images that sweep viewers along with their visceral rhythm. The mesmerizing camerawork by Arthur Jafa (who earned the Best Cinematography award at the Sundance Film Festival) and John Barnes’ exceptional score contribute immeasurably to the film’s mood.

Blu-ray extras consist of audio commentary by Dash and marketing consultant Michelle Materre (whose company assisted in the initial release of the film); interviews with Dash and Jafa; a Q&A session with Dash and co-star Cheryl Lynn Bruce; and the re-release trailer.

HIDDEN FIGURES (2016). While the white men at NASA were busy figuring out the challenges of managing outer space, there were a few black women assisting them with that task while also worrying about the challenges of managing office space. That's the crux of this breezy and inspiring film about three intelligent ladies having to contend with both sexism and racism as they became involved in the Space Race between the U.S. and the Soviet Union during the Cold War. Based on Margot Lee Shetterly's nonfiction book, the film places Katherine Johnson (Taraji P. Henson) at the forefront, relating how she was tapped for her skills as a mathematician to help NASA's Space Task Group. As Katherine copes with prejudice on various fronts, her best friends and colleagues Dorothy Vaughan (Octavia Spencer) and Mary Jackson (Janelle Monáe) are having equal difficulty in finding ways to advance in a society that frowns disapprovingly upon their skin color. Clearly, these women are going to overcome all manner of adversity and emerge triumphant, so — as is often the case — the pleasure is not in the destination but in the journey. As adapted by Theodore Melfi (who also directed) and Allison Schroeder, the story makes for an agreeable trip, with frequent stops to allow for interesting asides regarding the inner workings of the space program. But even with the backdrop of history in the making, the film never relinquishes its tight focus on three remarkable individuals who repeatedly demonstrate that they, too, possess the right stuff. Hidden Figures earned three Academy Award nominations for Best Picture, Supporting Actress (Spencer) and Adapted Screenplay; it also had the distinction of grossing the most ($168 million) of all nine Best Picture nominees. 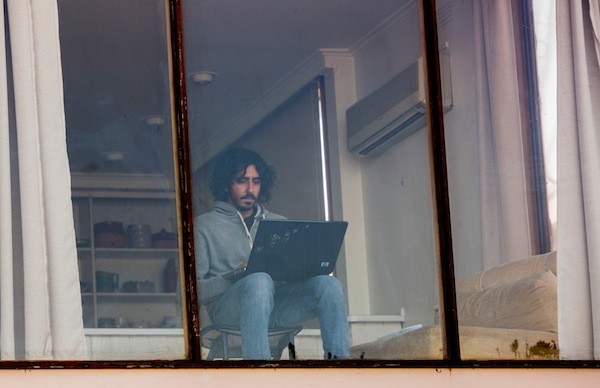 LION (2016). Based on Saroo Brierley’s nonfiction book A Long Way Home, Lion relates a heartwarming and (given its true-life roots) remarkable story about family, faith and fate. Sunny Pawar plays the 5-year-old Saroo, who ends up on the wrong train that takes him nearly 1,000 miles away from his family in Khandwa, India. Stranded in Calcutta and facing danger from duplicitous adults, he’s finally placed in an orphanage, at which point he gets adopted by Australian couple Sue and John Brierley (Nicole Kidman and David Wenham). It’s only decades later, after he’s become a man (and now played by Slumdog Millionaire star Dev Patel), that he embarks on a search to find his birth mother and siblings – with Google Earth serving as his unlikely guide every step of the way. A former television and commercial director, Garth Davis makes his assured feature-film debut with Lion, working with scripter Luke Davies to craft a picture that comes by its emotions honestly. Patel is excellent as the older Saroo, receiving solid support from Kidman as his loving adoptive mother and Rooney Mara as his American girlfriend. The music score by Dustin O’Halloran and Hauschka is particularly noteworthy. Lion earned a total of six Oscar nominations, for Best Picture, Supporting Actor (Patel), Supporting Actress (Kidman), Adapted Screenplay, Cinematography, and Original Score.

Blu-ray extras consist of a series of behind-the-scenes pieces featuring interviews with Davis, Patel, Kidman, O’Halloran, Hauschka, and the real Saroo Brierley; deleted scenes; and the music video for Sia’s “Never Give Up.”

MULTIPLE MANIACS (1970). My first exposure to John Waters came courtesy of Blockbuster Video, during that period when the doltish heads refused to stock copies of 1988’s controversial The Last Temptation of Christ due to the protests of small-minded zealots and yahoos. Amusingly, while Martin Scorsese’s deeply spiritual and thought-provoking masterpiece was being banned, the outfit — in a hypocritical move or a clueless one? — opted to devote an entire shelf to the Waters oeuvre! Multiple Maniacs was the first of his titles that I viewed, and it was quite the eye-opening experience. Revisiting it all these years later, during a more permissive, anything-goes era, it still retains its ability to surprise, even if society has put a damper on its ability to always shock. A character named The Puke-Eater plying his trade; rosary beads employed as anal beads; Divine getting raped by a giant lobster – and so it goes in a movie centering on (to quote one of the offenders) “assorted sluts, fags, dykes and pimps [who] know no bounds.” Divine stars as Lady Divine, the head of a traveling troupe billed as The Cavalcade of Perversion. Already descending into madness, her journey is sped along by a series of unfortunate events, including an affair between her boyfriend, Mr. David (David Lochary), and a young groupie (Mary Vivian Pearce). Waters once stated that “I pride myself on the fact that my work has no socially redeeming value,” though that declaration is open to debate — if nothing else, the social value paradoxically rests in the belief that his works are direct assaults on the rigidity, conservatism and puritanism that too often represent the notion of social values.

THE WANDERERS (1979). An unfortunate example of bad timing, this adaptation of Richard Price’s novel about the members of a Bronx street gang was released stateside in the summer of 1979. Expected to be a hit, the film instead suffered from the fact that The Warriors, another movie about a street gang, had been released a few months earlier, and the violent incidents that reportedly erupted at screenings for that film made distributors wary to book a similar picture. The Wanderers nevertheless became a cult favorite, yet what’s lost in the narrative is that the movie often skews closer to the nostalgic likes of American Graffiti than to more hardcore efforts like The Warriors. While the storyline often focuses on the conflicts between various New York gangs, it just as often centers on the domestic and romantic issues facing handsome Richie (Ken Wahl), hyperactive Joey (John Friedrich), hulking Perry (Tony Ganios), and other members of the group. The script by director Philip Kaufman (who co-wrote it with his wife of 51 years, the late Rose Kaufman) repeatedly whiplashes between comedy and drama, racking up many memorable moments along the way. Rival gangs provide much of the color, including the Wongs (“Don’t fuck with the Wongs” earns a hearty laugh), the Fordham Baldies (led by the imposing Terror, played by Erland van Lidth), and the Ducky Boys, who prove to be as terrifying as any of the gangs seen in The Warriors.

EVERYBODY WANTS SOME!! (2016). Everybody who wants some MTV, some Family Ties, some Purple Rain, and some Maverick declaring his need for speed won't find anything of the sort in Everybody Wants Some!! Promoted as an '80s version of writer-director Richard Linklater's charmer about the 1970s, 1993's Dazed and Confused, it's actually more of a companion piece — since it's set in 1980, it actually captures the look and feel of the last gasps of the previous decade. (The 1980s we all know and love didn't really ripen for another couple of years; check out 2010's Hot Tub Time Machine for that representation.) Taking place on the final days before classes begin in the fall, the movie follows affable freshman Jake (Blake Jenner) as he meets his fellow college baseball players (all shacked up in the same house) and falls for theater major Beverly (Zoey Deutch). There isn't much narrative momentum — no established third-act structure — to the picture, which is perfectly fine. Rather than drumming up some movie-manufactured nonsense like a championship game to win as underdogs or a mystery for these meddling kids to solve with the aid of some doobie snacks, Linklater just has these students hanging out, with their greatest challenge turning out to be whether to attend a party or not. It may be slight, but it's also very funny, occasionally insightful, and a welcome throwback to those hallowed school daze. (Netflix Streaming)

View from the Couch film review View From The Couch Blu-ray DVD Matt Brunson Daughters of the Dust Hidden Figures Lion Multiple Maniacs The Wanderers Everybody Wants Some!!