Between the time that Queen Elizabeth II began her reign and the official date of her coronation in 1953, another queen began her ascent to a regal London throne. Late in November 1952, Agatha Christie brought her murder mystery drama The Mousetrap to the Ambassadors Theatre. By the time the show transferred to the larger St. Martin's Theatre in 1974, Dame Agatha had long since worn the crown for the longest running show in London's fabled West End — for both plays and musicals.

It's been there ever since, making St. Martin's a London landmark. 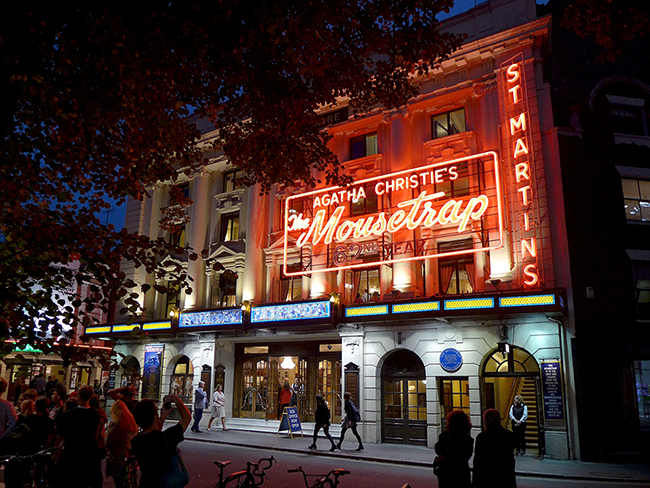 This week, The Mousetrap returns to CPCC Summer Theatre after a hiatus of 37 years. Paula Baldwin, who directs the whodunit, says she saw a production a few years ago in Mint Hill.

Scarcely as popular in Metrolina as it is in the U.K., productions have only appeared on the outskirts of Charlotte since the turn of the millennium, popping up in Davidson during the summer of 2004 and again at Fort Mill in 2008.

"I love the script!" says Baldwin. "The characters are well developed and they all have a secret. In many murder mysteries, the audience knows who the killer is and watches for the climactic moment, but in The Mousetrap, the audience makes discoveries as the characters do, and all of the characters appear to be guilty at one point or another."

That includes Giles and Mollie Ralston (Andrew Tarek and Lisa Hatt), our hosts at Monkswell Manor. On a snowy night, after listening to radio reports of a murder and a police manhunt, the Ralstons welcome four anticipated boarders to their isolated guesthouse — plus two people they hadn't bargained for. Mr. Paravicini (Charles Laborde) seeks shelter from the storm after his car has overturned in a snowdrift. That's his story, anyway. After that, Detective Sergeant Trotter (Cole Pedigo) arrives to investigate, believing that the murderer is somewhere in the house.

Don't bet against it. Nor should we assume that all the killing is over, especially since — hey, we're back in the '50s, and it's been snowing! — the lights and the phone might go out.

So is it murder and suspense that account for the uncanny success of The Mousetrap? Probably not. Nor is it the notorious pact with the audience not to reveal the final plot twists unique to this mystery thriller.

Ticket sales aren't completely on autopilot midway into the show's 67th year. Marketing continues long after some might see its necessity. "The mystery lives on!" proclaims the current poster, evidence that somebody might be up late at night worrying about the future.

Truth be told, reputation and tradition are likely more pertinent to the endless run than mundane marketing. Next to Shakespeare and the authors of the Bible, Christie has sold more books than anyone one else in the history of the planet, the best-selling novelist of all time.

We can safely declare that Dame Agatha benefits from a build-up of goodwill and adoration. Nor was the Queen of Crime a one-hit wonder on the stage. Productions of Witness for the Prosecution and Ten Little Indians are still done.

If there's a secret ingredient to the success of The Mousetrap, it's Christie's charm. 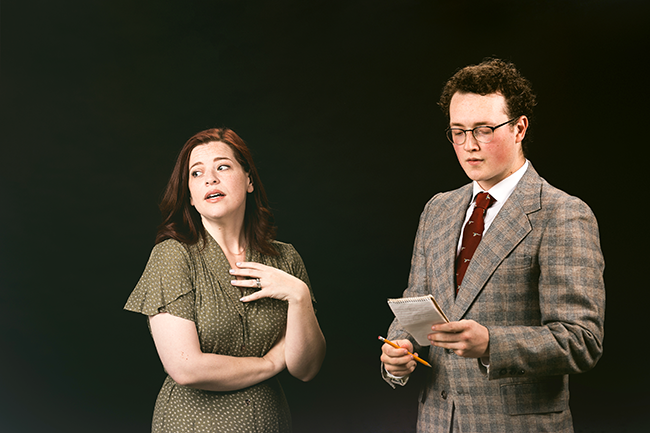 "Agatha Christie had a lot of fun with this particular play and really pokes fun at murder mysteries with some of the dialogue and actions within the play," says Baldwin when asked to detect its secret sauce. "I do think that seeing the show in London has become a tradition for tourists, very much like American tourists flock to see shows like Phantom of the Opera or Wicked when they go to New York. Londoners go to see the show when the cast changes or to take their children and later their grandchildren."

Of course, 37 years after the last CPCC Summer Mousetrap, people who saw the 1981 production might just come back to refresh their memories — with or without kids and grandkids. Baldwin has no intentions of layering on any updates or retrospective condescension, planning to preserve the suspense built into the script and present the snowbound mystery as a period piece.

The new CPCC production will sport a not-so-secret sauce of its own, the 15th collaboration between Baldwin and LaBorde since the two met up at Carolina Actors Studio Theatre in 2008 in the CAST production of Foxfire. It was Baldwin's Charlotte debut and LaBorde's first acting gig after retiring from his position as principal of Northwest School of the Arts.

"I feel we clicked immediately," LaBorde recalls. "We each liked the other's professionalism and commitment to hard work on the process. She is quite firm but nice. She's often been a strong positive character in shows we have done together – Foxfire, Metamorphoses, Death of a Salesman, To Kill a Mockingbird."

Ah yes, but then there are all of Baldwin's mean and nasty roles in Streetcar Named Desire, Who's Afraid of Virginia Woolf? and The Actress. Maybe meanest of all was August: Osage County, where she usurped the leadership of the Weston family and yelled out at the end of Act 2, "I'm running things now!"

LaBorde has directed Baldwin eight times, if we count Angels in America twice for parts 1 and 2. Mousetrap really will be the first time in their professional relationship that Baldwin is turning the tables and running things.

"It has been an easy transition to acting for her and being bossed around by her," LaBorde tells us, diplomatically. "I've had the good sense to learn my lines, do the blocking she gives me, and keep my mouth shut at other times."

After getting cast by LaBorde as Blanche DuBois in Streetcar and Martha in Virginia Woolf, Baldwin couldn't be blamed if she retaliated by casting LaBorde as Christie's killer. But did she? Baldwin won't say.

"Everybody is a suspect!" she exclaims.

We can't get a full confession from LaBorde, either.

"Paravicini is a mysterious character to be sure," he evades. "He drops in out of the storm unannounced, he speaks with a French accent — peppering his speech with oui's, charmante's, and even soupçon. But he has an Italian name, which he appears to make up on the spot. He is clearly worried about the arrival of the police, but his more obnoxious self gets the better of him and sets him in a battle of wits with the detective."

Cross-examination proves to be fruitless. Even when we ask a trick question, how many people did Paravicini murder, LaBorde answers ambiguously. Asked whether there's anything we will like about Paravicini, the wily LaBorde finally divulges a hint of a tease.

"He seems to have perverse fun with the subject of murder," he says wickedly, "always a crowd-pleaser in an Agatha Christie play."