Their worlds were always meant to collide, they just needed to find a new world to call home.

Courtney Lynn Russell and Jocelyn Quinn Henderson originally met in Los Angeles. Henderson was already performing music and also pursuing dance and acting, while Russell was just trying out her hand in music, writing songs in her bedroom from a journal she's kept since she was 16 years old.

After reconnecting in Phoenix, Arizona, Henderson convinced Russell that it was time to give music a try, altering their lives forever. They moved to Charlotte while keeping an eye on Nashville.

However, the accepting and welcoming music scene here allowed them to grow and experiment with their music, and they stayed in the Queen City instead.

Playing separately at open mic nights, Russell pursued her blossoming music career as a solo indie-folk singer/songwriter, releasing solo debut album, Wander Years, in 2017. Henderson was in another band while also singing harmonies for Russell until they met Steven Cornacchia at Smokey Joe's and formed the trio they are today.

Creative Loafing caught up with Courtney Lynn & Quinn on a recent Sunday night in Henderson and Russell's apartment a couple weeks before the two planned to marry to talk about the appeal of the Charlotte over the Music City, looking toward the future and the evolution of their sound over the past two years.

Creative Loafing: What was it about the music scene that made you settle here instead?

Courtney Lynn Russell: It's an over-generalization but Charlotte is a community, Nashville is a competition. It's so oversaturated that you have to compete. Here, there's not that same pressure so it's just more of a community, it's more of this warm, welcoming space that everybody wants everyone else to thrive and that feels good, especially when you're starting out.

Jocelyn Quinn Henderson: I think there was a little bit more of an appeal to Charlotte, too, because it feeling more welcoming there wasn't so much pressure here in general. So people were more accepting.

"Let's collaborate, let's see what you've got, come to this open mic, come to that." And sharing the community rather than, there's a lot of competition. And that's how I felt Nashville was the last time we visited.

How did everything evolve from playing separately to forming the trio you are today?

Henderson: I felt that only way to really get our foot in the door in the music scene here was to kinda start going to open mics and seeing other live musicians and doing our own music and being scene. And it was kind of a cool process because I feel like it all happened organically and naturally. When we went to Smokey Joe's open mic — it's still one of my favorite open mics in Charlotte because the musicians there are insane. I mean ridiculous — we went there for the first time and just kind of fell in love with that open mic because the musicians there were crazy and the people there were really great and we met Steve [Cornacchia] there, too. And initially, I was looking for a band and Courtney just wanted to do acoustic singer/songwriter type vibe, so we went to Smokey Joe's so she could do her original solos with me doing harmonies.

Russell: Also we're in a relationship, we were working at REI, so we were like let's get an easy part-time job and we love the outdoors so let's get a job that we enjoy, that allowed us the flexibility to do [music]. And I was like "Man do we really wanna work together, live together, and also play music together? Every moment of our lives?"

Henderson: We were thinking: is it healthy? Is it healthy to have every aspect of your life in the same things? 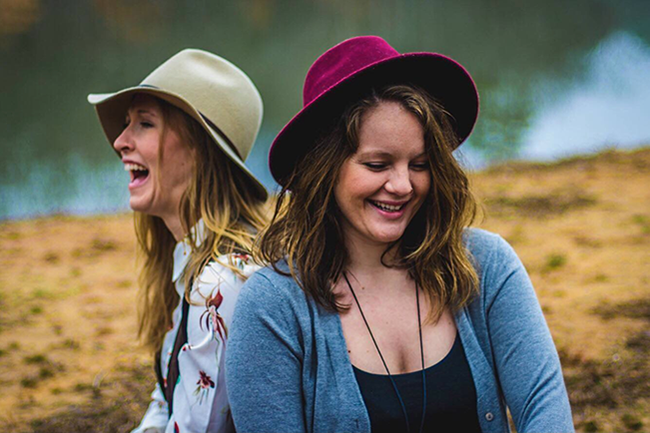 Russell: So in the beginning it was like, maybe we should try to do our own separate thing? We have a little bit different style anyway, so it was like, "You go do your soul band and I'll play my indie folk music by myself." But it was inevitable. Musically, we're like magnets to each other. So it just naturally came together. A sequence of events happened and it was like, we should just do this together, it's just going to make more sense. It works. We perform well together. People always comment on the energy between the two of us, and they can tell that there's something deeper there and obviously, we're together. People pick up on that, and I think our closeness and our connection translates into music and that's also what makes it special. And while it can be difficult it also creates this beautiful musical relationship. And Steve, since meeting him, he's become part of our family.

How has the sound of Courtney Lynn & Quinn evolved?

Russell: This is what I tell people: just think about your life. I was writing those songs from the time I was 16 until the last one I wrote was just a couple years ago, but that's a decade's worth of material. And that's why I titled it Wander Years, because it was truly this coming-of-age album. When I listen to that, I think about a bulk of my life.

All the songs are very personal, they're all about some heartache or falling in love or just some kind of experience that I had in my life. And especially having Quinn's influence and Steve's influence, it's gone from this sweet journal to a really raw combination of a little bit more gritty, soulful sound.

Where do you see the band in the next five or so years?

Russell: We do have goals, we try not to get too wrapped up in them. So what we try to do is take tangible goals and pursue those goals, but we don't want to be a band that's like, "We need to famous," or "We need to make $5 million a year."

Whatever the goal is, we wanna do what we love. We wanna play music. We want to be able to live off of that, and we don't want to miss out on the moments in between because we're so focused on this long-term goal.

Steven Cornacchia: Fame is a very vapid thing. I don't want to say it doesn't matter, but it's not necessarily fulfilling, it's just a shallow goal. It's like the differentce between buying Facebook likes and getting Facebook likes. You buy them, it looks good, but you're actually hurting yourself in the long run because you have a closet of skeletons [laughs].

Russell: Also a big passion of ours is building a community and being part of the community. We want to be present here in Charlotte, where we live. Now that we're becoming a more established band, we want to foster that and people who were like us two years ago, who are just trying to get their foot in the door and trying to work up the courage to play their first gig. We want to be those people that encourage that and find a place where they can do that. 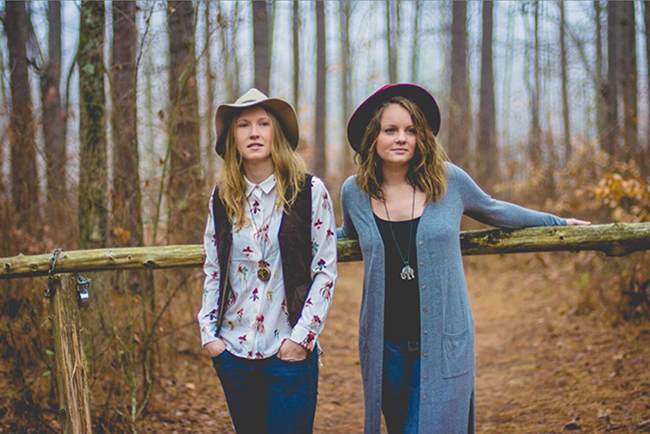 How has the Charlotte music community change since you arrived?

Cornacchia: It's feels like that second before an explosion hits, it's just all of a sudden rising very, very quickly and it could go off at any moment. And I think when I first moved here, people just seem a little down on it, but when you go out and do some investigating and see the amount of talent and enthusiasm and people who are very passionate about making it something that really matters.

Henderson: I think there's always this pendulum with cities and Charlotte grew really fast. It really did, it just blew up as a city. It just got really, really big really quick and it's still doing that it's still progressing into this larger, larger metropolitan area but I think what happened was with all that, it was very business-oriented, very corporate, banking city orientation, and the arts scene that was here kind of fell a little behind but I do feel like it's coming back to the center.

I feel like there are so many talented artists in Charlotte. I feel that just from two years, and maybe it's because we've grown into it, but I still feel like from the time that I started going to the open mics at Smokey Joe's to now, that there is this movement you can feel it.