Cool beans: Does Charlotte have a coffee culture scene?

Supporters say it's a few years off

Counting chains like Dunkin' Donuts and Caribou, there are literally dozens of places in this town to get a hot cup of Joe with a side of wi-fi. You can walk out with a strong but uninteresting blend that feels like 14 shots of caffeine to the dome, or a frothy, condo-beige confection where the bean's flavor is so masked, the beverage barely retains its coffee DNA. Or you could fall down the rabbit hole of fair trade, single-sourced coffee shop culture, and start your mornings from a pleasantly altered state. 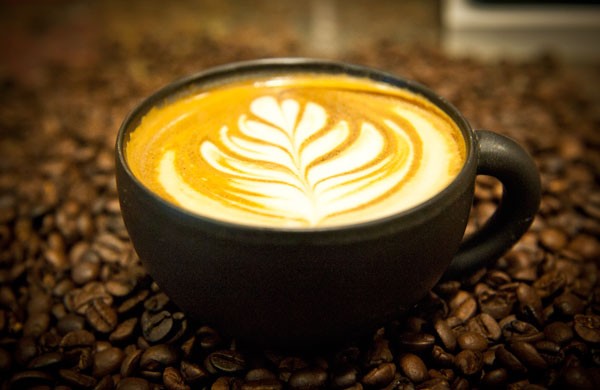 Along with a superior beverage, to the uninitiated, coffee culture brings with it a peculiar lifestyle. Like any social subculture, it has its own rules, language and secret handshake. Everyone differs a bit on roasting, French press, drip or no-drip, but the bedrock tenets are the shop must be local, the baristas knowledgeable and the environment stimulating.

The past 10 years have seen a boom of specialty coffee and tea shops in the Queen City, each with their own die-hard patrons who swear by their regular fix. But even the most ardent supporters say Charlotte is a few years short of having its own strong coffee culture. Maybe being a banking and financial town makes us skittish, wary of anything too grimy. We get our Starbucks corporate coffee every morning, but most of us don't think about where the coffee comes from, who grows it and whether or not the coffee bean workers make a living wage — we often don't even question if the coffee could taste better.

That drives true coffeevangelists like John Michael Cord a little crazy. In a pastel T-shirt and lime green ear studs, Cord talks about coffee like some people talk about church, the frustration evident in his voice.

"When you have diverse cultures within a city, you have incredible art scenes, music scenes, cocktail scenes. Charlotte is very sterile. I don't think there's much of a coffee scene yet. There are some great shops, but coffee culture doesn't come from great shops, it comes from people," he says. 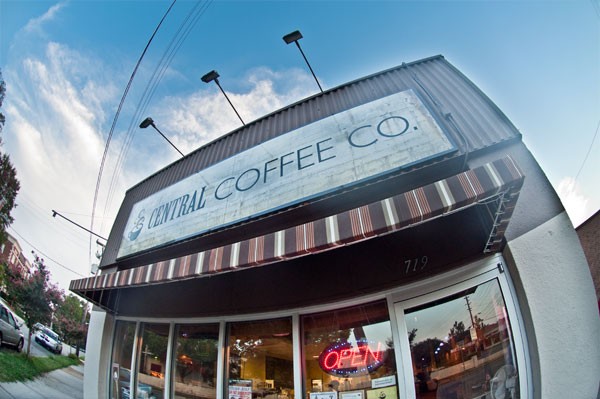 From behind the counter at Central Coffee Company in Elizabeth, the curly-haired 23-year-old expounds on the joys of the cup: Central American coffees, with their floral, chocolaty, nutty notes. "Recently, I've been getting into more African coffees. Because that's where coffee is from originally; Ethiopia, Kenya. They have a surprising fruitiness," he says. To illustrate his point, Cord grinds up a handful of Joe Van Gogh's Amaro Gayo beans and holds it out; we're awash in the scent of blueberries.

Cord aspires to a career in coffee, as a shop owner or as a coffee maker. "Wherever there's coffee, there's community, and that's incredibly appealing to me. Plus, it's an escape from having a suit job."

Across town at the 7th Street Public Market, Not Just Coffee is percolating, and owner James Yoder is more optimistic about Charlotte's caffeine buzz. "I think we're in a transition stage, but we're really growing," he says. "It's not Portland or New York, but we're getting there."

NJC's pour-over has incited a feverish fanbase for its hand-crafted, fresh-ground flavor, even though it takes 3 to 4 minutes to prepare each cup. It's a very different, groundbreaking style for Charlotte — indeed, the only place in town to prepare coffee this way. Yoder says the results are well worth it. The shop uses Counter Culture, a brand out of Durham that buys only seasonally, and NJC makes its own syrups. The smell alone at the shop's monthly latte art competition is enough to make the mouth water.

Yoder says anyone can participate, or just watch. "It's been very encouraging to see the support we're getting in Charlotte," Yoder says. "It's kinda infectious."

Surprisingly, the prognosis for Charlotte coffee culture is brightest on the south side of town. The tonier burgs, though shunning the grittier appeal of institutions like NoDa's Smelly Cat, are showing a sophisticated and even quirky level of coffee culture enthusiasm. You can feel the vibe on open mic nights at Mugs, or in FABO Cafe's Stalking Stewart campaign, an attempt to get Jon Stewart in-store that went viral on Facebook and other social media.

Rush Espresso in Ballantyne has upped the ante with an international flair. Run by Aussies Paul and Jenny McConachy, Rush has fast become a south Charlotte favorite for coffee enthusiasts. Contrary to popular belief, Paul says, "Coffee culture, especially in south Charlotte, is very strong. The reason we put Rush Espresso here is because south Charlotte has a very traveled population who have been exposed to the European café cultures of Italy and France."

Rush Espresso offers Italian coffee blends, and recently won the international Artisti del Gusto (artists of taste) award, a designation for the best-trained baristas, from the Illy coffee company. Only 27 coffeehouses in the United States can claim the distinction.

McConachy was not surprised. "You cannot make great coffee from preprogrammed machines. Good coffee comes from good baristas on a manual machine," he says.

Rush also supports the coffee community through sponsoring two local cycling teams, the TrySports Timex and Carolina Cycling. "Cycling culture and café culture go hand in hand. Me being a biker is how I got into coffee, so that's our give-back," explains McConachy. Rush also backs its coffee hand with a full breakfast-to-dinner menu and later hours.

"Competition's tough in a preprogrammed, Starbucks market like Charlotte, but we're kicking goals."

Three Best spots to burn your tongue (and not even care):