Discover the world of LNH, where elegance and sensuality meet. 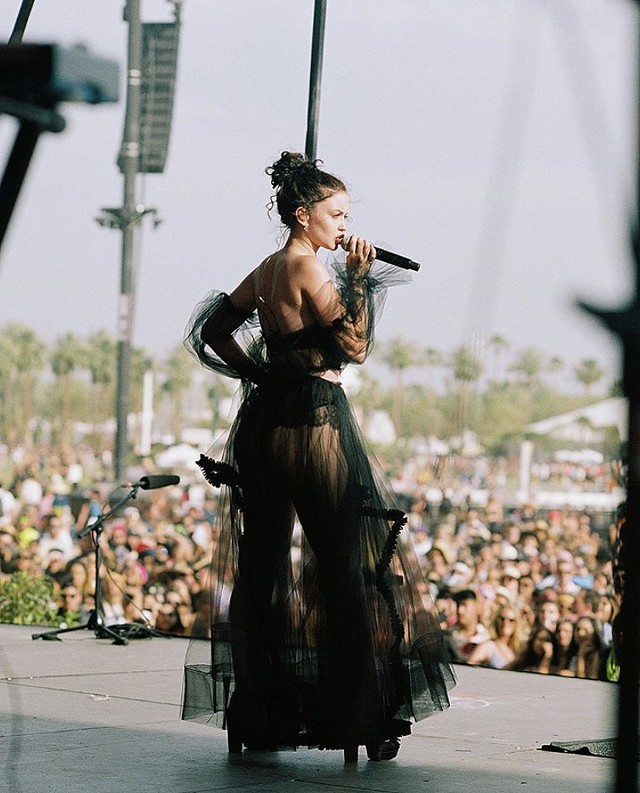 From New York Fashion Week to the red carpet, Lisa N. Hoang is "creating modern day romance for the woman who wants to have it all." Most recently, Lisa was the designer behind Coachella's best dressed, American Singer Sabrina Claudio, per Teen Vogue.

The Black Tulle dress has become a LNH celebrity pick from the SS18 Collection. This design was first worn by Melanie Liburd at the 2018 Emmys. Pictured wearing LNH during her Coachella perfomance, Claudio posted the photo above to Instagram with the caption "still dying over this look".

Born and raised in Southern California, the culture of the West Coast has influenced Lisa’s aesthetic greatly. This, in combination with her love of haute couture, results in garments that are distinctively hers.

Lisa designed all of the clothing for Bella Thorne's 2019 music video "Do Not Disturb". Lisa flew out to California and was on-set for the shooting. Recently, Thorne flaunted a preview wearing a LNH gown to her 19 million Instagram followers.

LNH clothes are designed for a lasting impression and hand-made with the utmost care. Hand-sewn in the United States, LNH items are made-to-order and made for you.

Lisa threw herself into the fashion industry at a young age with her first internship at 14 years young. At 16 she had her first custom bridal client. At 17 Lisa was an emerging designer in Charlotte Seen Fashion Week. At 20 she became an assistant designer at Marie Cordella and Cheryl King Couture. At 21 she won her first People's Choice award at FashionSpark. In 2016, she showed as a top emerging designer at Charleston Fashion Week. Attendees included New York Fashion Week (NYFW) creator and international consultant Fern Mallis. Soon after, at only 22, Lisa became the youngest designer ever to be invited by IMG to show at New York Fashion Week. Lisa showcased a 2018 line on the NYFW runway at Pier 59.

Lisa is a graduate of South Meck High School and North Carolina State University where she studied Fashion and Textile Design.

The young designer is catching the attention of varied influencers and stylists. LNH graced the cover of international beauty magazines including Pump Modern, Vogue, and was featured in Harper’s Bazaar, Vietnam.

Lisa's next challenge is the runways of Paris Fashion Week. On July 5, 2019, LNH will be presenting her newest collection on the runway. An exclusive dinner and after party will be held later in the evening.

Become part of one of the most talked about fashion events of the year that has incomparable media exposure. Interested in promoting your products, brand, or company? Get exposure on the most prestigious runway in the world and enjoy a showroom display presented to prominent buyers and celebrities. Previous LNH Sponsors include Rolls Royce, Intel, Brewery Bhavana, Kenneth Shuler School of Cosmetology, and more!

Keep up with LNH by visiting her website https://lisanhoangofficial.com/