What resources do the Pregnancy Resource Center offer? 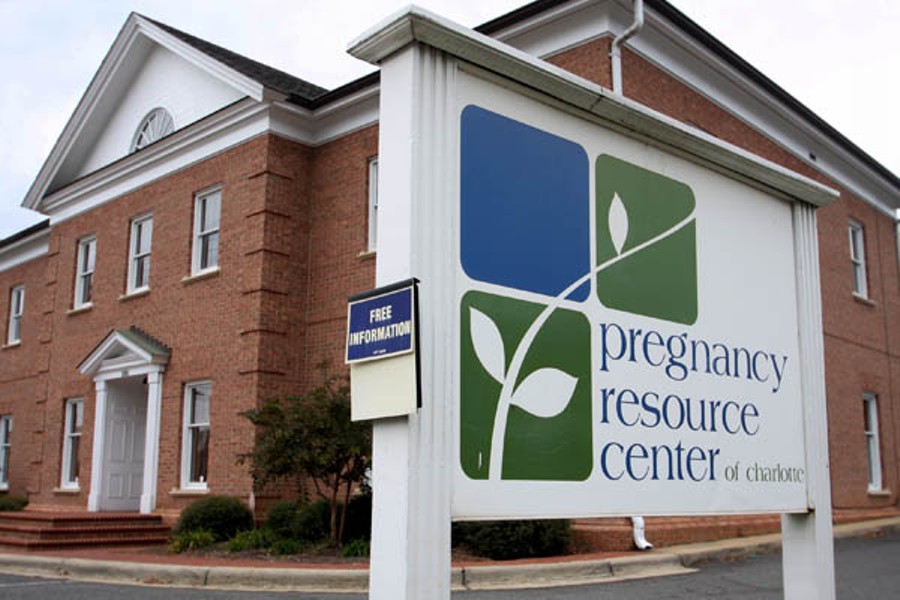 On a sunny morning in October, I walk into the Pregnancy Resource Center on East 4th Street, in the shadows of Presbyterian Hospital, to take a pregnancy test. Inside, the office is quiet -- by design. A sign in the lobby asks for silence and forbids conversation on cell phones or with other women waiting to be seen.

Before coming here, I had checked the center's website, which advertises free pregnancy tests and notes that the facility does not perform abortions or refer women to abortion providers. It also says that clients will "receive accurate information about pregnancy, fetal development, lifestyle issues and related concerns."

From all appearances, the center looks like a perfectly safe, medically credible office where a pregnant woman can come and learn about all of her options regarding an unplanned or unwanted pregnancy. CL wanted to find out if this was the case.

"I have a 10:30 appointment," I tell the receptionist, who sits behind a sliding-glass window. Smiling, she asks me to fill out a form that looks like what you'd get at any doctor's office. There's one key difference: Near the top, just beneath name and address, is a space marked "religious preference." Major red flag.

The Pregnancy Resource Center of Charlotte is one of 122 so-called crisis pregnancy centers in North Carolina. In October, the N.C. chapter of the reproductive-rights organization NARAL Pro-Choice America released a report on 66 of these centers, which the group investigated from October 2010 to July 2011. The findings were staggering: Two-thirds of the centers provide false or misleading information, 92 percent have no on-site medical staff, and more than half are affiliated with Christian groups and offer women unsolicited religious advice.

What's more, according to the NARAL report, the number of crisis pregnancy centers in N.C. has nearly doubled since 2006 (by contrast, there are only nine Planned Parenthood facilities in the state). Most alarmingly, funding for many of the centers comes from taxpayer dollars at a time when the N.C. General Assembly has cut funds for groups like Planned Parenthood, where the average patient goes to seek neither an abortion nor religious advice, but to receive sound health care.

NARAL's findings are particularly troublesome when you also consider the number of pregnant women in North Carolina in need of accurate information and safe medical assistance. According to the most recent figures from the Guttmacher Institute, a reproductive-health research organization, 193,500 women in North Carolina became pregnant in 2008. Of those pregnancies, 33,140 — or 19 percent — ended in abortion. That same year, there were only 31 abortion providers in the state.

The proliferation of crisis pregnancy centers that disseminate false information, combined with the number of pregnant women in North Carolina each year, represents "a threat to public health," according to NARAL. "Anyone seeking health care services should receive comprehensive, unbiased and medically accurate information," the report states. "Women facing unintended pregnancies deserve no less."

After filling out the form at the Pregnancy Resource Center, I return it to the receptionist. The center is filled with motherly and grandmotherly looking women -- no name tags, no medical licenses on the walls. Twenty minutes pass before a woman calls my name and takes me into an area off to the left of the lobby. We enter what resembles an examination room in a doctor's office, complete with an examination table. Next to the door is what looks like a surgical stand on top of which are a plastic cup, paper towel, and a covered dish-like item. The woman asks what she can do for me and I tell her I want to take a pregnancy test because I've missed my period. She asks if I'd taken a home pregnancy test and I say no.

The woman nods, hands me the plastic cup and then leads me to a bathroom. After I return with a urine sample, the woman tells me to place the cup on the tray. Then she leads me to another room to wait for my results. The results are not much different from what you'd get in an over-the-counter home-pregnancy test. The accuracy of urine-only tests depends on the level of hGC, or the pregnancy hormone, in a woman's body. According to Womenshealth.gov, the earlier in the morning a test is taken, the more accurate the reading.

Another 10 minutes pass as I wait on a cushiony soft chair, a warm blast of heat keeping me comfortable. Presently, a counselor walks in, sits across from me and asks several questions. She wants to know what kind of work I do, how long I've been in Charlotte, who I live with, if I have family in the city, and finally, she wants to know about my missed period.

"Tell me about your cycle," she says. "Is it usually every month, like clockwork? Had you been on any birth control recently? Any symptoms that come along with pregnancy? Any disease, health concerns that might affect your cycle or a pregnancy? Have you been pregnant before?"