The four party animals on the cover of this week's issue of Creative Loafing could be your neighbors. They wear vintage tees and denim from Buffalo Exchange and boots from Boris and Natasha. They hang out on the patio at Common Market, sipping PBRs or booch, then amble over to Snug Harbor or Petra's for shows by Patois Counselors or LeAnna Eden, or dance parties thrown by rapper Elevator Jay or DJ Justin Aswell.

They go to art openings at Camp North End or C3 Lab, then have beers at Triple C.

They get up on Sunday mornings, pile into the car and head over to littleSpoon in Myers Park for brunch.

They jab at each other on social media, and take selfies on road trips to Asheville.

Basically, they're your typical smart millennials navigating life in Charlotte.

Right now, though, these characters are pondering the baffling death of one of their own. And you get to see the whole thing play out in CL's pages over the coming months.

It's a thrill and an honor for me to introduce Creative Loafing art director Dana Vindigni's new local fictional comic series Push!, which debuts this week. You may see your friends in her characters. You may even see yourself in them.

"I've always had a desire to use an urban setting as the backdrop for a story," Dana tells me. "And after living in New York City for 15 years, I felt I could actually see myself finding a scenario for my ideas here."

I first met Dana about a year before she worked for me. I was still living in the San Francisco Bay Area and organizing a benefit concert at the Evening Muse in Charlotte for my ex-wife, who had been diagnosed with Stage IV cervical cancer and was faced with mounting medical bills. My Charlotte liaison was Pat Moran, an old friend who had recently taken a job here at CL, where I had worked before I left for California.

We needed someone to design a poster for the show, and Pat recommended the paper's new spitfire of a designer. He said she hailed from New York City and would burst into the office each morning, her boots clacking on the wooden floors, cursing Charlotte traffic in her still-prominent Brooklynese. From Pat's description, I knew I'd love this woman.

Dana donated her time and talent to the cause, and the poster was beautiful — exactly what we needed. I was grateful.

Little did I know that within a year I'd be back in my old position as CL's editor, and this Dana character would be working for me. Every day with Dana in the office has been a joy. She wears both her attitude and her heart on her sleeve. But equally important, she's an amazing talent. Three months after my arrival, I traveled with Dana and news editor Ryan Pitkin to the N.C. Press Association Awards in Raleigh, where both brought home awards, hers a First Place certificate for overall appearance and design. 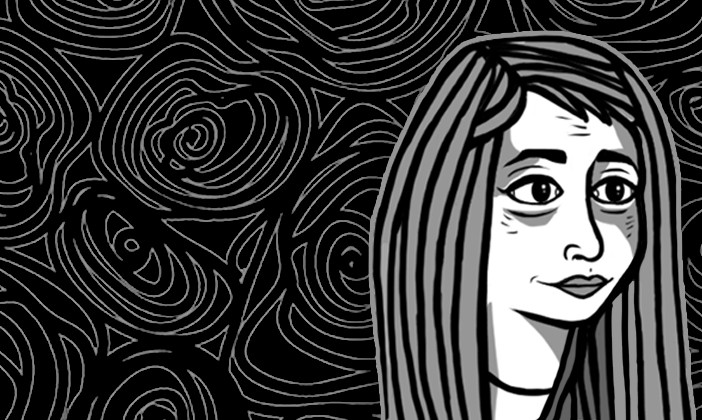 Carmichael is under fire from members of the Latinx community for his participation in the 287(g) program, which gives participating sheriff's offices access to a federal database that lets authorities identify undocumented immigrants at the jail and then send the info along to the federal Immigration Customs and Enforcement agency, or ICE. His opponents, Gary McFadden and Antoine Hensley, want to end that program in Mecklenburg County.

Ryan compiled some of the points McFadden and Ensley raised in the debate (Carmichael did not participate), and later sat down with Carmichael to get his take. Read what they had to say.

For the music feature, I met up with Charlotte rapper Phaze Gawd to chat with him about his prolific career, which began when he was a member of the local music collective Phazer Gang and continued with three solo EPs produced, respectively, by himself, the late DFLN and the Charlotte artist known as A Man with Antlers, or AMWA. Phaze Gawd's latest EP, Dark Dreams, is a departure for the rapper, who's known for tracks like the banger "Billy Gram$," from his solo debut GAWD. The new EP is a 50-50 collaboration with AMWA.

Come to think of it, A Man with Antlers — whose logo portrays him as half-man and half-deer (or something) — could very well show up in Dana's Push! series. You just never know.