Three questions with Aaron Rivera, owner and chef at Tapas 51

Debut restaurant from owner of The Chrome Toaster 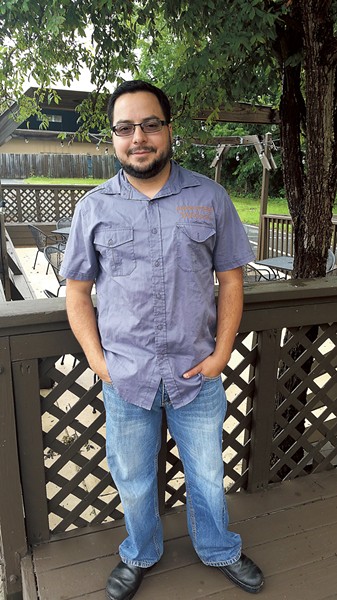 The wheels keep turning for local chef Aaron Rivera who is unveiling his debut restaurant, Tapas 51, on Friday. Rivera is best known around town for his food truck, The Chrome Toaster, which hit the streets of Charlotte in 2013. While the truck has had its share of obstacles — from a fire to engine problems — the rewards have been a steady production of savory bites and a loyal following.

Rivera plans to continue his catering services and food truck operations, in addition to manning the new eatery. "It just felt right," he says of his decision to expand his culinary turf. "It was 'go all in or not,' and I'm definitely all in on this one."

The Fort Mill spot, formerly Passion8, has been revamped with dark hardwood flooring, steel light fixtures and a wall of pastel green paint, in addition to fresh plumbing and other tweaks. The space holds 80 people with indoor and outdoor seating. Rivera plans to serve some of his food truck staples (Think: street tacos and pupusas) in addition to offering seasonal fare with items from local farmers and artisans. Creative Loafing spoke with Rivera about his latest culinary endeavors.

Aaron Rivera: The menu is going to be very seasonal. Our whole concept is Mexican and lower [Central and South America] East L.A. street food meets the refinement of the Bellagio [in Las Vegas, NV]. You're going to be able to get street tacos, ceviche, vegetables from local farmers, grilled steaks and meats. It really all depends on what you're in the mood for that day. Do you want ceviche from Ecuador or do you want street tacos from Mexico? If it's at lunch time and you need to grab and go, then get some tacos and take it out. Or, if you're here with a group of ladies and want to eat healthy then get some salads with fresh seafood and go that route with a nice wine.

You've gone from working in the tight confines of a food truck to having your own restaurant with a kitchen that I'd imagine has some extra legroom. Tell me how you're taking to all the kitchen space?

I wouldn't even really call it legroom. Obviously we aren't going to be bumping into each other as often, but it's still a small kitchen. I've worked in bigger kitchens and in fact, I like the small kitchens a lot better because I can keep an eye on things a lot easier than having to move around and see what people are working with. It's easier to keep them a lot cleaner and organized as well.

Do you dream about food?

Yeah, I do. Especially right now because I have a lot of ideas coming in. I'll wake up and write it down or email one of my sous-chefs to make sure I haven't forgotten it and then I'll go back to sleep. I have had nightmares about it being over-packed and the ticket machine/printer going down. It's a nightmare to fall asleep and hear that damn ticket machine. But actually, I haven't really been sleeping that much because I keep thinking about food and the restaurant and what we're doing. I can't wait for that first night and then a full eight hours.