50 fun things to do in Charlotte for $5 or less

Charlotte isn't an expensive city. If you think so, just check out other cities' rental listings on Craigslist. But when you're on a budget ­-- whether it's because your job sucks, your student loan payments are too steep or simply because you hold tighter to your nickel than K-Fed to an alimony payment -- it's hard to enjoy the finer things in life. Creative Loafing can't get you Cristal and valet parking, but we recognize that entertainment on a budget doesn't have to be limited to watching crappy dreck on network TV. So here, without further ado, are our suggestions of ways to see the city on the cheap.

1 All-ages record store show: Lunchbox Records isn't just a place to buy CDs. The popular shop on Central Avenue frequently hosts all-ages shows, with only a $3 to $5 donation requested for the bands, whose members are probably even more broke than you. So don't skimp on the donation (www.myspace.com/lunchbox_records).

2 Copy CDs from the library: OK, so if you're an aesthete, you probably won't find what you're looking for here. But forget about a music collection of scratched, 20-year-old artists the listening public has long since forgotten. The Charlotte-Mecklenburg Public Library can easily dispense you of the urge to shell out your hard-earned $8.50-an-hour on mainstream music that made the Top 40 a few years ago. That way you don't have to pay to hear all those songs you're embarrassed you like. You can also save on your movie rental expenses the same way (www.plcmc.org).

3 Thrift-store scavenger hunt: Anyone who's a regular at the area Goodwills, Value Villages and the like knows that there are some items you'll find at any thrift store in America. Other items can be found with regularity but are far from sure things. Look for a copy of Rush Limbaugh's wretched The Way Things Ought To Be -- every Goodwill in America has at least one. The same holds true with What to Expect When You're Expecting.

4 Drink special devotion: Dollar drafts aren't that difficult to find, but really, why not just get a six-pack of PBR and drink at home? Bar Charlotte, however, does offer $1 Red Bull-and-vodkas on Thursdays (300 North College St.). You don't have to look too far to find deals elsewhere, either.

5 The NoDa Film Festival: So it's not every weekend, and the most recent slate of films just wrapped up, but the festival's movies are always a good way to spend an evening. So far, Jeff Jackson and company have highlighted gems of African-American films, Asian cinema and retro French flicks. Check their Web site at www.nodafilmfestival.org and/or rent the movies from Netflix (two weeks free to new customers).

6 Volunteer: Get off your ass and help some folks out. The people at Hands on Charlotte (www.handsoncharlotte.org) provide an easy way to get started with relatively little commitment. If their charities don't appeal to you, check out www.volunteermatch.org. Or just pick up the Yellow Pages.

7 Free billiards: A handful of places in Charlotte offer free pool for folks on a budget. Elizabeth Billiards, a smoke-filled favorite among certain past and present CL staffers, is known to give out free pizza on Fridays. Of course, they probably want you to shell out a couple of bucks for beer (that free pool ain't paying the light bill). Invite your friends and look thirsty. They owe you money anyway.

8 Greyhound station sightings: Snobs may sneer, but for my money (or lack of) the bus station on Trade Street provides excellent fodder for people-watching. Remember: Bus stations don't typically employ metal detectors (though I have seen a drug-sniffing dog or two) so the bus depot is where you see the seedier side of interstate travel. Nor do people take buses on business trips, so their travels are more likely to involve a story. And if they're going Greyhound, they likely have plenty of time to wait and might not mind telling a tale or two. Sit around and look bored. You'll see things (601 West Trade St.). 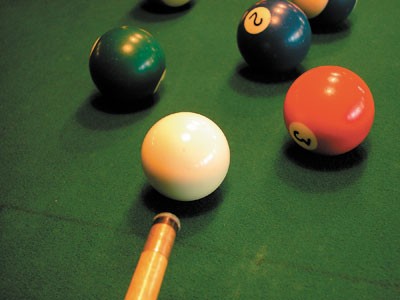 9 Scamming free drinks off friends: Drinking for less than $5 pretty much involves either an embarrassingly low tolerance for booze or showing up at the bar and hoping your friends will cover your tab. Wait until their badly drunk, then remind them about last week when you bought them all those Jäger bombs. This plan, however, only works with friends whose memories fade quickly.

10 Spread some love: Visit animal fairs at the various pet stores around town. These dogs and cats need good homes, but in the meantime a little attention will do. The Charlotte-Mecklenburg Police Department's Animal Control Bureau has an adoption fair at South Park Mall on the first Saturday of every month from 10 a.m. until 4 p.m.