CL's guide to the dark side of Queen City History

by Sam Boykin and Karen Shugart 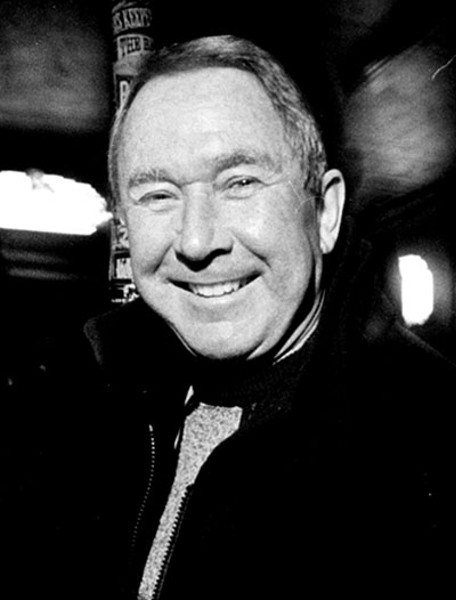 Rehab As Meat Market: Leslie Price met George Shinn on September 5, 1997, at 1715 Sharon Road West, then home of Amethyst Behavioral Health Center. Price was in an outpatient drug treatment program. Shinn, owner of the Charlotte Hornets, was visiting a nephew. "I was in the lowest, most vulnerable place in my life," Price told CL in 2000. A few days after her meeting with Shinn, Price went to the police, alleging that he had forced her to perform oral sex at his Tega Cay home. Shinn, married at the time, claimed the sex was consensual. Prosecutors didn't file charges against Shinn. Price later sued Shinn in civil court in a trial broadcast on Court TV, during which Shinn's lawyer, Bill Diehl, in a poor-man's Johnnie Cochran style, uttered the infamous line, "If she wasn't bitin', she wasn't fightin'." The jury ruled in Shinn's favor but his rep was toast from then on.

Intentional and Foul: In the early morning hours of November 16, 1999 -- not long after 24-year-old Cherica Adams and Panthers wide receiver Rae Carruth had seen the film Bone Collector together -- Adams was shot four times as she was driving her black BMW down Rea Road near McAndrew Drive. She was seven months pregnant with Carruth's child. Adams died about a month later, but her infant son survived. Carruth was convicted of conspiring to kill Adams in January 2001 and was sentenced to 19 to 24 years.

Bigots Gang Up: On April Fools Day, 1997, County Commissioners Tom Bush, Joel Carter, George Higgins, Bill James and Hoyle Martin teamed up to cut county arts funding because of their objections to gay characters and themes in a 1996 Charlotte Repertory Theatre production of the Pulitzer-winning play Angels In America. More than 700 people packed the chamber that night in a display of political fervor rarely seen in Charlotte. The vote was the culmination of a year-long battle over government funding of the arts, homosexuality and the "culture wars." County arts funding was restored in 1999. Only one member of the Gang, Bill James, has survived politically.

West Side Story: On March 13, 2004, Rev. James Barnett, the leader of the city's oldest anti-violence organization, Stop The Killing, was cruising the area near the intersection of Wilkinson Boulevard and West Morehead Street. He had a point to make: police weren't doing enough to stop prostitution on the west side. His plan: solicit sex from a prostitute, then wait and see if police mailed him a warning, as they claimed to have been doing to owners of vehicles spotted in known prostitution areas. As luck would have it, the woman Barnett offered $20 to for sex was police officer Lori Wallace, working undercover that night on a prostitution sting. Barnett was arrested, his organization lost $40,000 in yearly city funding, and he was out 20 bucks.

Praise The Lord and Pass The K-Y: Let's travel down I-77 to Heritage International Ministries, the site of the former Heritage USA, the final home of Jim and Tammy Bakker's multi-million dollar evangelical empire. So many infamous things happened here, we could write a book. (In fact, some folks did, including the Atlanta Journal-Constitution's Hunter James, in Smile Pretty and Say Jesus) But let's cut to the chase and visit the Heritage Grand hotel, shall we? Forget Jessica Hahn, it was here, in the presidential suite, that Jim Bakker and his aide David Taggert were found in the bedroom by a PTL underling. Bakker was lying naked on the bed. Taggert was massaging Bakker's testicles -- presumably with neither Tammy's permission nor the Lord's blessing. The underling resigned and the holy shit hit the fan.

Cop Gone Wild: On March 30, 1997, the battered body of Men's Club hostess and 26-year-old newlywed Kim Medlin was found under a pallet and other debris at the end of Westwood Industrial Drive in Monroe. She'd been strangled and her neck broken. Two months later, 23-year-old Monroe Public Safety Officer Josh Griffin was arrested and charged with the kidnapping and murder. A sensational trial followed, and Griffin was sentenced to life in prison. After years of claiming he was innocent, Griffin recently confessed to killing Medlin, but now says it happened while drug dealers were holding him at gunpoint and that another officer was involved.