Blogs & Columns » Class Is In Session

Charlotte's Pro Athletes Should Be Like Mike and Speak Out

In the last 14 days, this country has seen events that make the scope of sports seem paltry. Events such as the tragedy in Charlottesville and the subsequent civilian removal of a Confederate monument in Durham make you wonder if the concept of sport being independent of politics is possible anymore. Athletes such as Malcolm Jenkins and others nationally have been shedding light on the plight of people of color and other marginalized groups in this country. 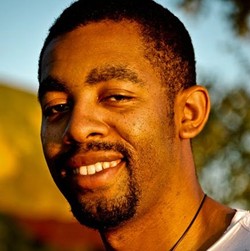 "Stick to sports." It's a common tagline many sports viewers use to discourage athletes from speaking up on real-life issues, when the fact is, sports and politics have always been married, whether or not one acknowledges it.

The playing of the national anthem is a largely political act. While some may see it as honoring troops who sacrifice their lives, to others it is another painful reminder of a country that's historically ignored their plight.

In Charlotte, which has seen its share of police shootings in cases like Keith Lamont Scott and Jonathan Ferrell, it hurts to watch as city leaders refuse to initiate police reform following last year's protests.

So where are the Charlotte professional athletes to speak out on these local matters? For those who would retort that athletes cannot change policy, I'd point out that sports have been a primary factor in change in this country since at least the 1940s. Jackie Robinson, who integrated baseball during that period, was credited by Dr. Martin Luther King, Jr., as a factor behind the civil rights movement. So back to the question: Where are the Panthers or Hornets or NASCAR drivers who aren't OK with the current status quo? The closest anyone has come to saying or doing anything was former Carolina Panthers safety Tre Boston, who didn't actually say or do anything while in a Panthers uniform.

"As a proud American, a father who lost his own dad in a senseless act of violence, and a black man, I have been deeply troubled by the deaths of African-Americans at the hands of law enforcement and angered by the cowardly and hateful targeting and killing of police officers," Jordan wrote in a statement to ESPN's The Undefeated in July 2016. "I grieve with the families who have lost loved ones, as I know their pain all too well.

"I was raised by parents who taught me to love and respect people regardless of their race or background, so I am saddened and frustrated by the divisive rhetoric and racial tensions that seem to be getting worse as of late. I know this country is better than that, and I can no longer stay silent.

"We need to find solutions that ensure people of color receive fair and equal treatment and that police officers — who put their lives on the line every day to protect us all — are respected and supported."

Jordan subsequently donated $1 million to both the Institute for Community-Police Relations and the NAACP Legal Defense Fund. But for a city that's 35 percent African-American, is there no other athlete that the citizens of the Queen City can identify with who can speak to their pain of injustice? Is there no one who would like to speak up about the Confederate monuments within the city, which serve as flashing neon signs that read "You're not welcome here" to people of color? Is there no athlete in this city who can stand up and say, "I acknowledge you, I see you and I understand," regardless of the color of their skin?

Some local athletes use Twitter to speak broadly on political issues, like Charlotte Independence defender Bilal Duckett, who regularly takes to social media to share his stance on issues local and national, from the MLS debate to Donald Trump's refusal to denounce his white supremacist following.

Duckett agrees that Charlotte could use more athletes willing to speak their mind.

"I'd love to see more athletes stand up for what they believe in — especially in ways that are authentic to who they are," Duckett says. "We've earned this platform. I believe we have every responsibility to use it as positive members of our communities."

We've all heard the saying, "Those who ignore history are doomed to repeat it" so I implore any Charlotte Hornet or Carolina Panther to take Duckett's lead and speak up for a city that sits less than 300 miles south of Charlottesville. Do not ignore history. The current climate implores you that it's imperative you not "stick to sports."