Of the dozen or so songs slated for Uck Life — the forthcoming debut LP from Charlotte's feisty and furious Paint Fumes — "Sewercide" doesn't immediately seem the most important. It is, however, the most stripped down, powered by ragged guitar shambles and what sounds like a single tom for percussion. Singer Elijah Von Cramon howls about late-night debauchery and neighbors almost calling the cops. The intermittent intelligibility of the words reflect the rock 'n' roll delirium that not only inspired the song but gave birth to one of this city's most promising garage-rock offerings.

"Me and Josh (Johnson, the drummer) were walking down the street, about to go get some beers in my neighborhood," Cramon says of the day he penned the scuzz-blasted ditty. "He had just gotten fired from his job and thought his car got towed but found out the next day that it did not. It was just someone else's car. We were just walking down the street after practicing or whatever. I had my guitar. And I had glass in my foot and shit, and I was bleeding. I wasn't wearing shoes though, like an idiot."

These circumstances are tame compared to the raucous shows that went down at his Sewercide Mansion, the now-defunct house party hotspot that Cramon lived in and booked bands for during Paint Fumes' formative months. In addition to pulling in nationally known garage and punk heavyweights, Sewercide was instrumental in the rise of Charlotte's recent onslaught of top-notch loud bands, with outfits like Joint D≠ and Young and in the Way playing early gigs in the Mansion's grimy basement. 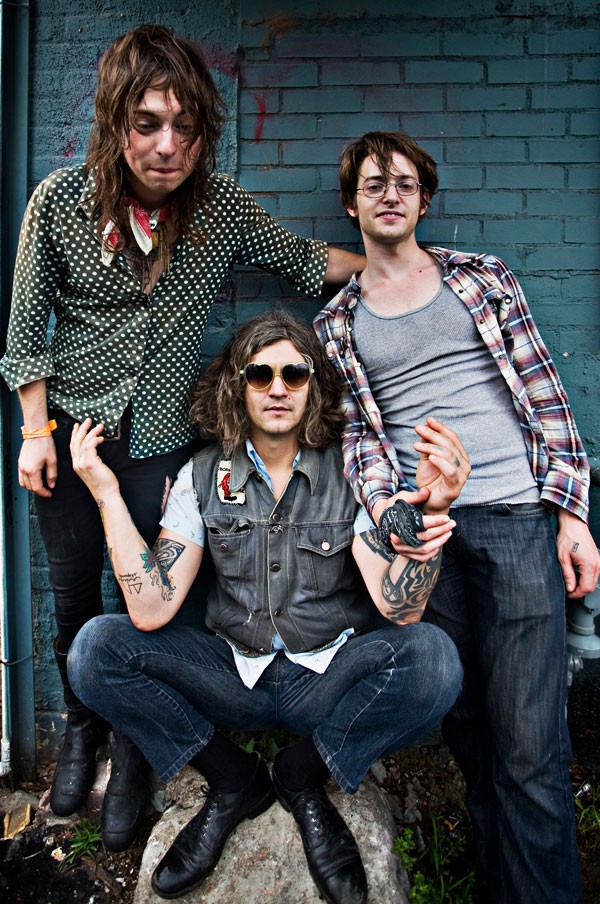 Cramon formed Paint Fumes early last year, the result of a fortuitous New Year's resolution. The goal was to learn his way around the guitar and start a band like he always wanted to do. He booked a gig in late January and recruited his friend, Brett Whittlesey, as a second guitarist. It was the first proper band for both of them, and that inexperience led to an energetic and uninhibited approach. A great example is "Panic Attack," a highlight from this year's Egyptian Rats EP. It's a taut, high-impact jam powered by vicious riffs that cut at odd angles, mostly because the guitarists had little idea which way they should go.

"A lot of the early stuff is about having panic attacks or just feeling stressed out and not knowing what to do," Cramon says, explaining he had just quit drinking, which was an early source of the nervy energy which has become Paint Fumes' calling card. "It just came out super-weird and energetic. It was very spazzy. I don't know if you've ever quit drinking, but it's like having the shakes and nightmares and shit and feeling fucked up. That definitely had a lot to do with it."

More than just the dirt-crusted womb in which the Fumes's music gestated, Sewercide Mansion provided connections integral to the band's success. Guitarists Cramon and Whittlesey hooked up with drummer Johnson after his one-man band, Pinche Gringo, rolled through town. A Sewercide show with Greek garage-psych outfit Acid Baby Jesus connected them with underground mainstay Slovenly Recordings, which will release Uck Life later this year.

"In those beginning stages, I didn't think that anything would come out of it," Cramon laughs. "I never thought it would happen this fast. I mean, this is my first band basically. I didn't think it came that easy. I don't know if it usually does or not."