Before the right-wing dictators in Raleigh screwed over the state, North Carolina was a popular location for big-budget film and television productions. This included the Queen City, which found its skyline popping up in many quality productions. Yet even in those halcyon days, not all movies made in Charlotte (either entirely or just partially) could boast of being a Hunger Games or a Nell or even a Talladega Nights. Here, then, are five of the worst films to be shot in our fair city.

Days of Thunder (1990). Although Charlotteans at the time treated this film like the Second Coming, this pale reworking of Top Gun actually manages to smack the Queen City right in her kisser. The opening scene finds a good ol' boy drinking out of a Mason jar while standing in front of a dilapidated barn — and then imposes the word "Charlotte" over the sequence! (It took 1994's Nell to show the rest of the world that, by gum, we do have running water, electricity and even tall buildings in this here city.) As far as films featuring footage of the Charlotte Motor Speedway are concerned, this is slightly worse than 1968's Speedway (with Elvis Presley as a racer and a miscast Nancy Sinatra as an IRS auditor), but both place well above the following film on this list. 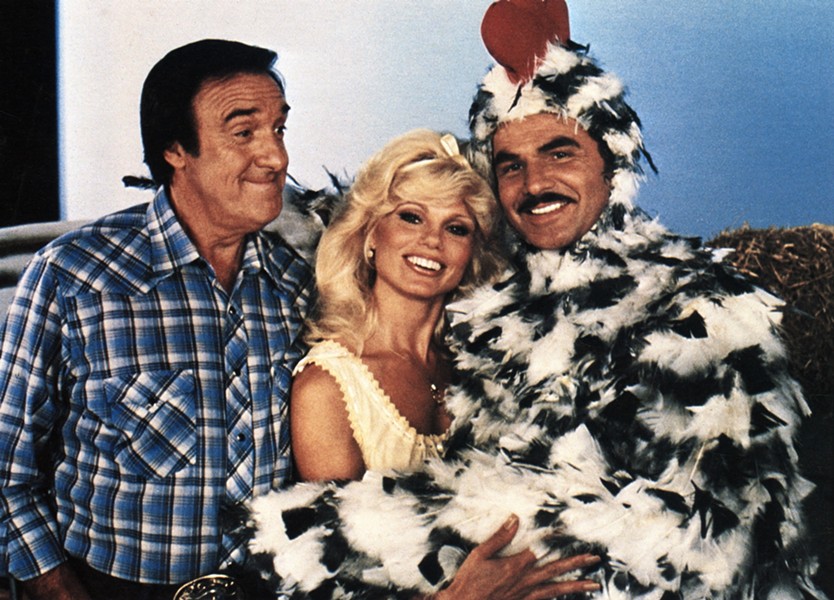 Stroker Ace (1983). Few Hollywood superstars have made as many genuine bombs as Burt Reynolds; this brain-numbing horror just might be his worst ever. Filmed at Charlotte Motor Speedway, this redneck comedy, starring Reynolds as a hot-shot race car driver, contains countless awful elements: Reynolds wearing a chicken suit while sitting atop a giant egg; Loni Anderson as a God-fearin' virgin who shucks her morals for this womanizing good ol' boy; Jim Nabors singing (and destroying) "Amazing Grace"; and much, much more. If nothing else, Stroker Ace represents one of Charlotte's biggest presences on the year-end awards circuit. No, not the Oscars — instead, it was nominated for five Golden Raspberry Awards (including Worst Picture), winning for Worst Supporting Actor (Nabors). 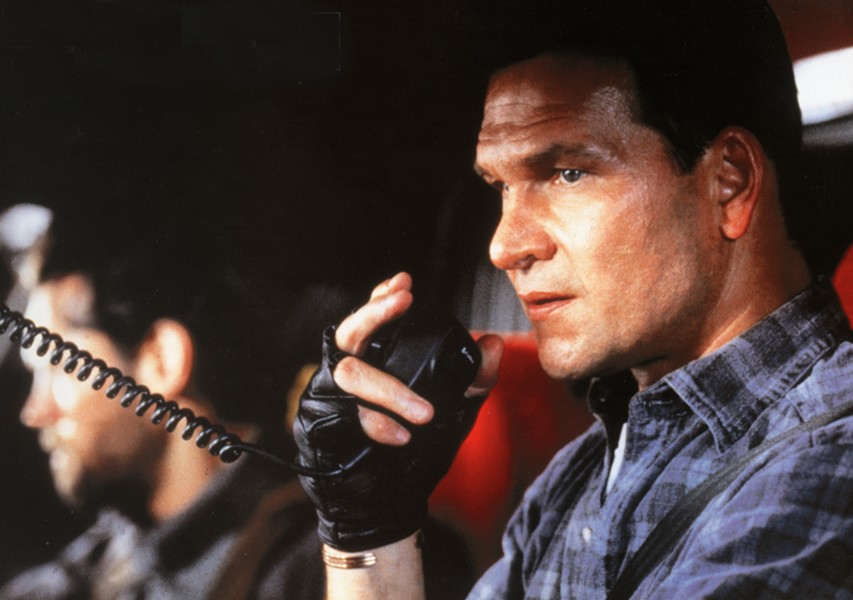 Black Dog (1998). Charlotteans who want to catch a glimpse of their hometown on screen but don't especially want to sit through an entire lame movie can count their blessings: The Queen City — including its crown jewel, Bank of America (then Ericsson) Stadium — appears only in the first sequence, after which viewers can turn off the DVD player and pop in something worthwhile. Black Dog, about a truck driver (Patrick Swayze) who gets caught up in a scheme involving the transport of contraband firearms, is your standard yahoo fare, full of unshaven rednecks, high-speed car chases, and countless vehicles that conveniently burst into flames at the slightest provocation. You also get Randy Travis as a trucker who writes rotten country songs and Meat Loaf as a Bible-thumping villain prone to yelling things like, "Witness the resurrection, brothers and sisters!" as he tries to run Swayze off the road. Bad Dog!

The Rage: Carrie 2 (1999). There's no pig's blood, but everything else is pretty much par for the course in this unnecessary sequel to Brian De Palma's Carrie. The 1976 original, based on the Stephen King bestseller, remains one of the great horror and great teen films of the past half-century. This mediocre follow-up is merely a pale imitation, with a strong central performance serving as scant compensation for a lackluster screenplay. Emily Bergl is fine as Rachel, a high school outcast who begins dating a sensitive jock (Jason London); his disapproving friends hatch a scheme to humiliate her, not realizing that hell hath no fury like a telekinetic woman scorned. Male viewers will collectively wince when they see the damage that a spear gun does to one guy's nether region, but that's about the only jolt provided by this wholly derivative film that was filmed in Charlotte as well as at North Gaston High School.

Eddie (1996). True story: Upon this film's release, I talked to a manager who had attended the local premiere. After all, much of Eddie had been filmed here in town — particularly at the now-demolished Charlotte Coliseum on Paul Buck Boulevard — and this advance screening was an invitation-only showing for those locals who had worked on the film. "It went well," I was told. "One of the film's producers showed up, there was an enthusiastic crowd, and everyone seemed to be enjoying themselves." She paused. "And then the movie started."

Whoopi Goldberg (in a Razzie-nominated performance) stars as a New York Knicks fan who's unexpectedly picked to be the new coach of the slumping team. She has no experience, but it's not long before she takes the team to the verge of the playoffs thanks to her brilliant motivational talks ("Who the hell do you guys think you are?") and ingenious sideline coaching ("Defense!").

The Charlotte Coliseum was home to another poorly received basketball flick, 2002's Juwanna Mann, but I somehow managed to miss that one. My loss, I'm sure.