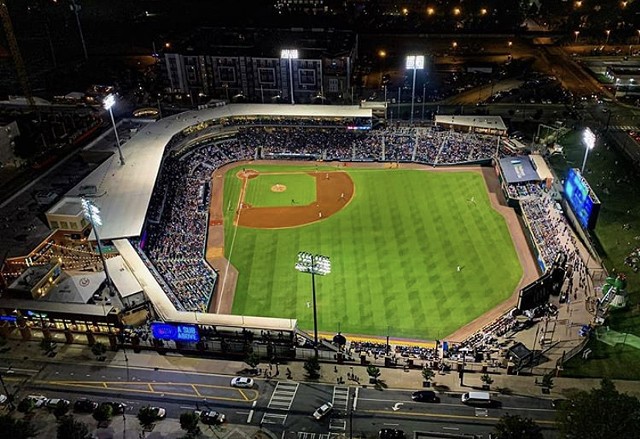 The Charlotte Knights continue to dominate fan attendance in the 2019 season. Saturday marked the 9th sell-out crowd of 2019 with 10,485 fans.

Home to the Triple-A affiliate of the Chicago White Sox, it is no secret that BB&T Ballpark in Charlotte has some of the best fans in all of Minor League Baseball.

Not only do the Knights have the most dedicated fan base, but they also have the #1 ballpark in all of the minor leagues per Baseball America. Situated in Uptown Charlotte, BB&T Ballpark opened April 10, 2010, totaling $48.7 million in construction costs. Since opening in 2010, the Knights have consistently maintained attendance at 90% stadium capacity.

Fans across minor league baseball have grown to love views from the Knights stadium, a special thanks to Laura Wolff. 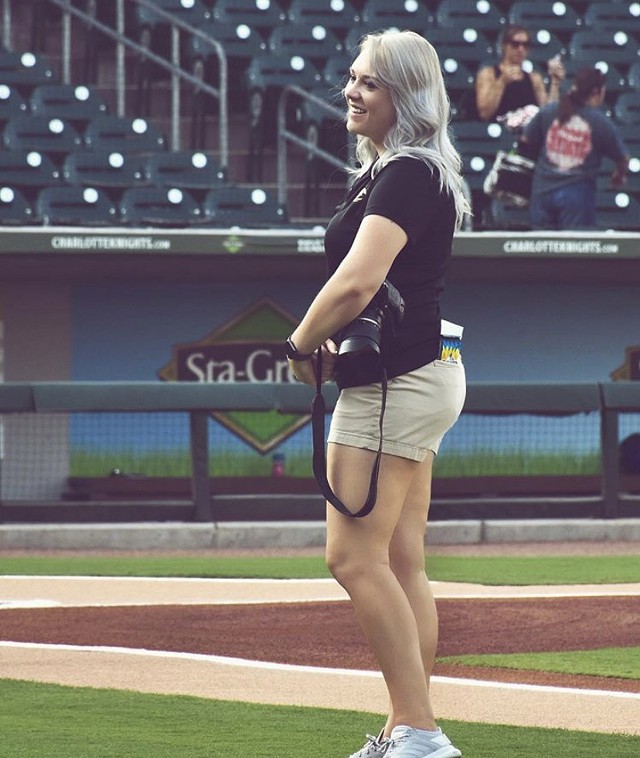 Laura, a photographer whose photos of the ballpark are frequently shared across social media, is on-site at every home game. She is the team photographer for the Charlotte Knights and also works with the Panthers and Hornets.

The Knights end their homestand today. Gates open at 4 pm. First pitch is at 5:05 pm.

- Bark in the Ballpark: Fans are able to bring their dogs to the ballpark. Admission is free for dogs. | Presented By Williams Subaru
- Kids can "Run the Bases" after the game.| Presented By Killingsworth Environmental. 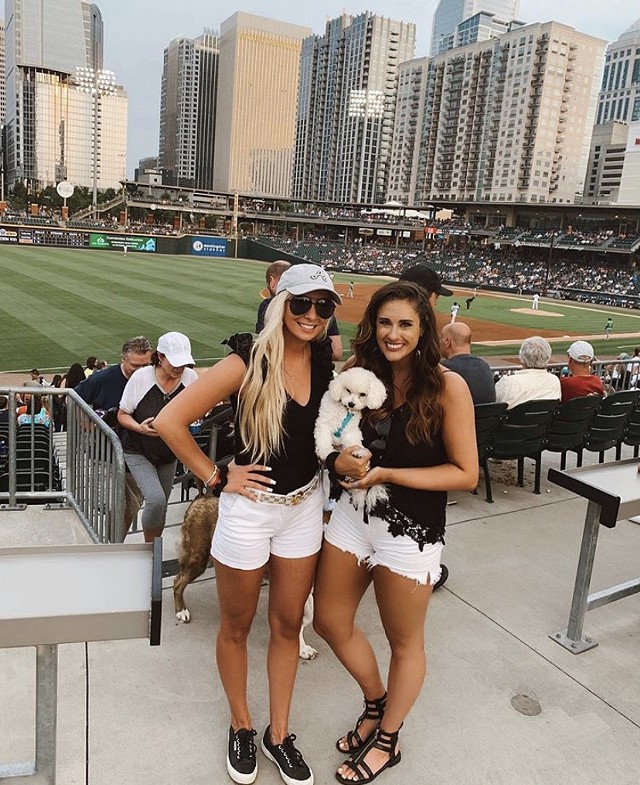 The team will return later this week for a short home-stand Wednesday and Thursday against the Durham Bulls.

Sponsorship: CMPD Explorer's Christmas Project
Fans can bring a NEW Unwrapped toy for a boy or girl to help stock the shelves for the upcoming holiday season. | Presented By FOX 46 Charlotte

Heath Miller aka WWE Superstar Heath Slater Appearance
Heath will be signing autographs when gates open at 6 PM until 6:30 PM and then again from 7 PM to 7:30 PM.

Tickets for all home ball games can be purchased online at charlotteknights.com. Prices start at $9. BB&T Ballpark offers complimentary admission to children 2 years of age and under.