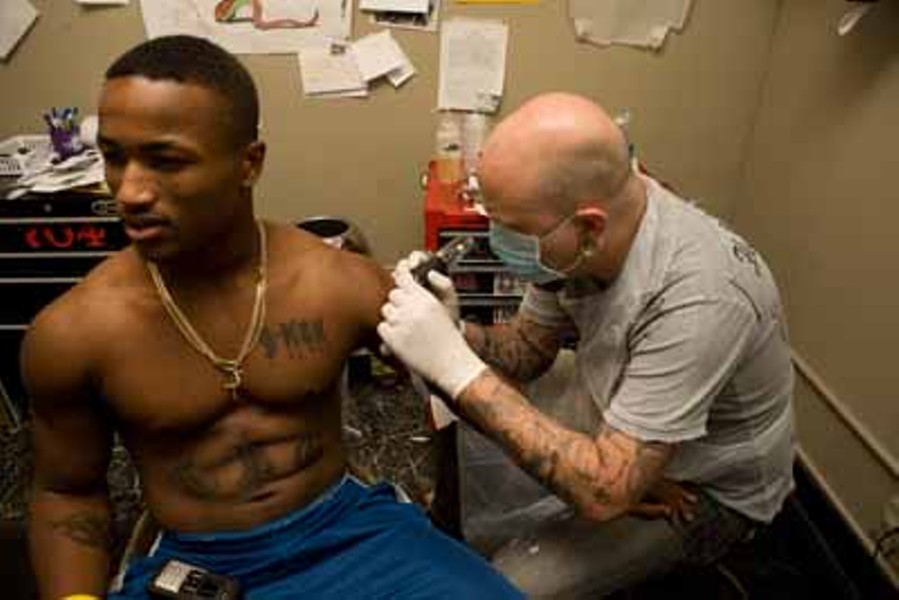 Derek Crockett inks up a client

And because Harris isn't in it for the quick buck, there are some images he won't do.

"I won't do gang symbols," he says. "And I don't do faces unless the person is already heavily tattooed. If someone comes in and they just have a small tattoo on their shoulder and they want something like tear drops [on their face] I won't do it."

And even though he doesn't mind tattooing your boyfriend or girlfriend's name on your flesh, he will try to talk you out of it.

And if you're a man who wants a tattoo on your penis, be prepared to pay a "handling fee."

Artists Sound off: If you're lame, you'll love these tattoos.

Harris: "The tramp stamp is becoming played out. At one point in time, every third woman that came into the shop wanted a lower-back tattoo. Now girls are moving toward hip tattoos or just one side of their lower back. I'm kind of glad of that."

Crockett: "Stars! Stars have become the tribal [mark] of the 21st century. We have a little baggie of them over there, we do them daily."