Pianist plays everything from Gershwin to the gruesome 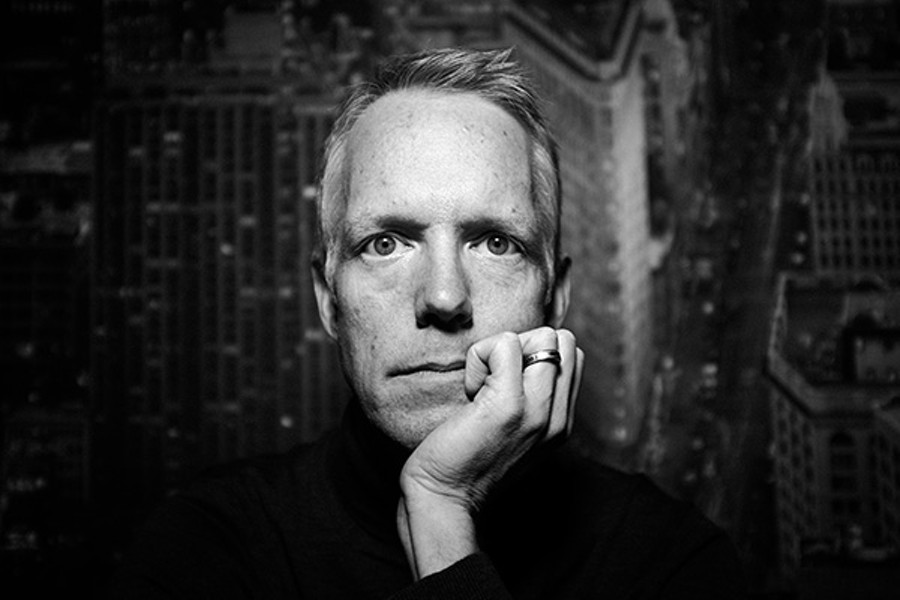 "Oh no," the 42-year-old pianist says, laughing. "Truth be told, I rarely listen to the podcast because it creeps me out."

It turns out that Lawson hadn't heard a single episode of the series voted Best History Podcast of 2016 by the Podcast Academy until he met Mahnke. Prior to that, Lawson had gained a reputation as a musician equally adept at pop, jazz and classical. In 2015, his groundbreaking collection The Chopin Variations went to No. 1 on the Billboard, iTunes and Amazon classical charts.

Growing up in Morganton, Lawson got hooked on piano at age 4 when he saw 1950s revivalist band Sha Na Na on TV. He played and studied classical piano through his teens when he added jazz, pop and rock to his repertoire. After attending Boston's Berklee College of Music, Lawson launched his jazz combo, The Chad Lawson Trio, which released three critically acclaimed albums and appeared on the TV show Dawson's Creek.

When the Trio dissolved, Lawson concentrated on a solo career that included composing music for television and films. His second collection of nocturnal soundtracks for Lore, entitled A Grave Mistake, was released last October. On January 12 and 13, he will be playing a program of George Gershwin's music at the Stage Door Theater at the Blumenthal Performing Arts Center. Creative Loafing caught up with the Charlotte musician during a break touring a live production of Lore.

Creative Loafing: How did the Lore gig with Manhke come about?

Lawson: There's a cool app for iOS called Mention, which alerts you anytime someone is using your music. I saw a notification where some guy — Aaron Manhke — was using my music for a podcast without asking permission, and that he was doing a live reading up in Vermont. I checked him out and thought the podcast was interesting. I shot him an email and said I'd be happy to come up and do the show with him.

He told me that the venue was about the size of a twin mattress, but he said, "Let's stay in touch and work on something." That's how the friendship started. Now I write music for him, but I don't listen to the podcast. I'll ask what the next episode of the podcast is about, and he describes it to me in one word. He'll say, "outcasts." Then I write some music that I think would fit for outcasts, and send it to him. He places it in the episode where he sees fit, and does the mixing and editing. He has creative control as far as the end product of the podcast.

We started doing live podcast shows together, and it's been mind-boggling. I had no idea how large the podcast community was. Every single show that we've done is sold out. Then talks started about the show going to Amazon and being picked up for television. The show runner, Glen Morgan, who was the head writer for The X Files, contacted me to see if I would be interested in writing for the show. I said of course.

Why do you think you work so well with Manhke on Lore?

Aaron already has the creepy stuff. That's his bag, and he does it really well. I found early that if I tried to write creepy or scary music, it fell flat. It's almost like two wrongs don't make a right. So I decided to continue writing the stuff that I would normally write even if it weren't for a podcast. That tends to work well with the show. Someone came up to us the other night after a live performance and explained it in such a perfect way in a nutshell. She said, "Aaron is the one who is scaring us to death, but you're the one who is holding our hand. You're walking us through it, saying we're going to be OK."

For your album The Chopin Variations you altered the sound of the piano. How and why did you do that?

In 2013 I was writing a piece for a short film. At the time my wife and I were living with our two young children. On my piano I installed this mechanism that put felt between the strings and the hammers to mute the sound so I could practice late at night, or work on technique or scales at an odd hour without waking anyone up. So the film's director came over to hear what I'd been working on. I started playing but I hadn't realized that the felt was in place. I struck the first chord, and he said, "Oh my god. That's beautiful. That's perfect. It's exactly what I'm going for." I completely played it off. I acted like I totally meant to do it. He left and I thought, "Holy wow! This is amazing." I've been playing the piano for all these years and all of the sudden I felt like I had a new instrument.

This is the way I thought about the album: It's 2 o'clock in the morning and Chopin has a candle at the piano, and he's just beginning to write this piece. What would the music sound like if it was really simple to begin with? So I photocopied all of the sheet music, and I started going through it and analyzing it. There are certain pieces where the melody has six notes in each measure. I asked myself, what if we only keep two of those notes? How can I make a simple melody out of this? So it's still Chopin, but it's different.

Will you be reworking Gershwin in a similar manner when you play the Stage Door Theater in January?

There are surprises that I'm trying to make happen. There's nothing wrong with tributes, but I really don't want it to be just a bunch of musicians getting together and playing Gershwin. I want that night to be a different experience.

The drummer, the bass player and I are putting together a couple of things that I'm hoping will not be what the audience is used to seeing there. It's still jazz, and it's still Gershwin. But we want to put a different spin on it, just to give it a fresh coat of paint.