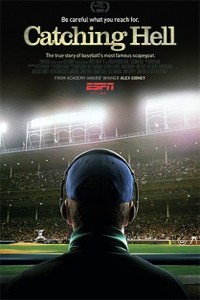 A look at an infamous 2003 incident that saw a spectator unwittingly disrupt a catch at a Chicago Cubs game. With five outs remaining in Game 6 of the 2003 NLCS, a foul ball descended from the Chicago sky, destined for the glove of left fielder Moises Alou. But Chicagoan Steve Bartman fatefully deflected it from his seat in the stands and Cubs fans found someone new to blame for their cursed century without a World Series title. Here, we explore the psychology of die-hard sports fans, the phenomenon of scapegoating, and the hysteria that turned mild-mannered Bartman into the most hated man in Chicago.

Sorry there are no upcoming showtimes for Catching Hell