Carnival of Souls, Everybody Wants Some!!, Green Room among new home entertainment titles | View from the Couch | Creative Loafing Charlotte

Carnival of Souls, Everybody Wants Some!!, Green Room among new home entertainment titles 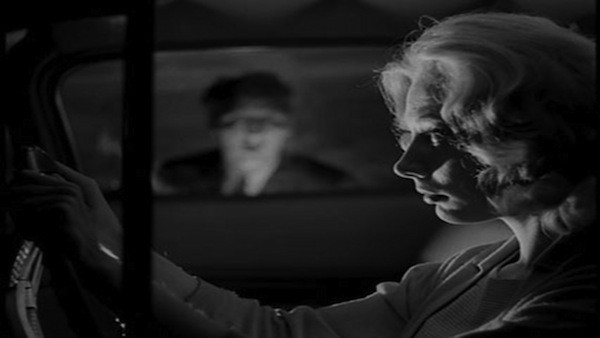 CARNIVAL OF SOULS (1962). Like many people, I first caught this black-and-white oddity on late-night television — an unsettling encounter for my barely teenaged brain to absorb. Indeed, it was the countless TV airings that helped turn this early-'60s obscurity into a genuine cult phenomenon approximately two decades after its initial release (writer Ed Naha was slightly ahead of the curve when he wrote in his 1975 book Horrors — From Screen to Scream that the picture "deserves more recognition"). Candace Hilligoss stars as Mary Henry, a young woman who survives an auto accident only to then find herself being tormented by what appear to be pale-faced ghosts. Finding no comfort at the Utah church where she has just been hired to serve as the organist, she instead suspects that she might find answers at the abandoned pavilion resting outside the town. Made for peanuts by director Herk Harvey and scripter John Clifford, two employees of the Kansas-based Centron Corporation (producer of industrial films), this is one of those unique movies, like 1968's Night of the Living Dead and 1974's The Texas Chain Saw Massacre, where the low budget, gritty footage and rough performances combine to create not only an unsettling atmosphere of dread but also a study of existential angst in the face of unimaginable horror. Incidentally, that's Herk himself portraying the primary ghoul.

The Criterion Collection's 2000 DVD edition of the film contained both the theatrical version and an extended director's cut; this new Blu-ray offers only the theatrical take, though some deleted scenes can be found among the bonus features. Other extras include select-scene audio commentary by Harvey and Clifford; a video essay by film critic David Cairns; excerpts from industrial movies made by the Centron Corporation; and the theatrical trailer.

THE DIVERGENT SERIES: ALLEGIANT (2016). Say this for The Divergent Series: Allegiant: It's a marginal improvement over that endurance test known as The Divergent Series: Insurgent. Otherwise, this humdrum YA offering is likely to do little more than inspire WGAF memes. Never fully breaking away from the perception that it's basically a "B" version of The Hunger Games, the Divergent franchise has largely suffered due to its dull-as-dirt characters and its recycled vision of yet another dystopian future, the sort of American wasteland we can expect if Trump gets elected president and subsequently pisses off any country with nuclear capabilities. This one sparks a bit more interest than its immediate predecessor mainly because it never stands still for too long, with two plot threads running concurrently throughout much of the film. One finds Tris (Shailene Woodley) buddying up to a CEO type (boring Jeff Daniels) who promises a brighter tomorrow, while the other focuses on Four (Theo James) trying to save Chicago from the machinations of his mother Evelyn (Naomi Watts), who's set to wage war against her opponents if she doesn't get her way. The other kids are also back, including Tris' wimpy brother Caleb (Ansel Elgort), the opportunistic Peter (Miles Teller) and the utterly-devoid-of-characterization Christina (Zoe Kravitz). There's still one more entry left in the four-film series, alternately being called The Divergent Series: Allegiant — Part 2 and The Divergent Series: Ascendant. But based on the derivative nature exhibited thus far, how about we just dub it The Divergent Series: Regurgitant and call it a day? 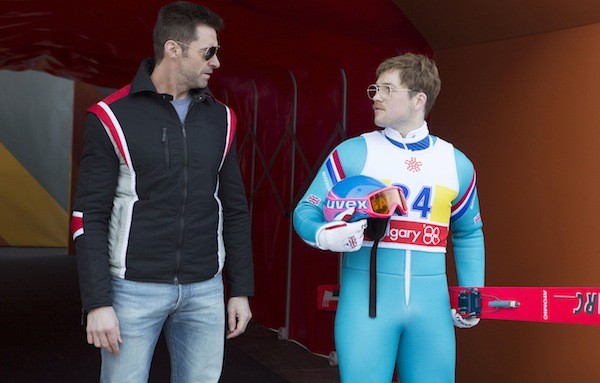 EDDIE THE EAGLE (2016). The "underdog sports movie" — if there's a sub-genre that doesn't need any more piling on, it would be this one. Yet for all its familiar trappings, Eddie the Eagle manages more often than not to escape that overbearing sense of been-there-done-that and emerge as a respectable movie in its own right. That's a real surprise, considering this brand of story — the plucky nobody who unexpectedly excels at sports — has been with us since the days of silent cinema, when Harold Lloyd proved himself to be a gangly gridiron great in the uproarious 1925 comedy classic The Freshman. Here, the protagonist is the real-life Eddie "The Eagle" Edwards (Taron Egerton), a British lad determined to become an Olympic star even though he lacks any discernible aptitude at sports. But he finally finds a niche of sorts as a skier, and he sets out to make his mark in the 1988 Winter Olympics. What makes Eddie the Eagle — the movie and the character — so endearing is the performance by Egerton, who broke through last year as novice spy Eggsy Unwin in Kingsman: The Secret Service. There, he was brainy and brawny; here, he's wimpy and gimpy. What's further interesting is that Eddie's not an ugly duckling who blossoms into a swan — instead, he remains socially unpolished and seemingly ill-at-ease in his own body, an individual who succeeds through sheer willpower and a never-say-die attitude that's positively inspiring. Hugh Jackman is also on hand — he plays Eddie's boozy trainer (a fictional person created for narrative streamlining) — and he's fine in a role that never escapes its rigid pre-determined constraints. But it's Egerton, and Egerton alone, who allows the film to slip off its shackles of convention and fly like — what else? — an eagle.

Blu-ray extras include a making-of featurette and a photo gallery.

EVERYBODY WANTS SOME!! (2016). Everybody who wants some MTV, some Family Ties, some Purple Rain (to paraphrase Horatio to Hamlet, good night, sweet Prince, and flights of doves sing thee to thy rest), and some Maverick declaring his need for speed won't find anything of the sort in Everybody Wants Some!! Promoted as an '80s version of writer-director Richard Linklater's charmer about the 1970s, 1993's Dazed and Confused, it's actually more of a companion piece — since it's set in 1980, it actually captures the look and feel of the last gasps of the previous decade. (The 1980s we all know and love didn't really ripen for another couple of years; check out 2010's Hot Tub Time Machine for that representation). Yet while Linklater's latest might disappoint those about to break out their parachute pants and Members Only jackets to celebrate its home-entertainment release, it will prove to be irresistible to those who don't need nothin' but a good time. Taking place on the final days before classes begin in the fall, the movie follows affable freshman Jake (Blake Jenner) as he meets his fellow college baseball players (all shacked up in the same house) and falls for theater major Beverly (Zoey Deutch, playing basically the same role she essayed in that recent dirty diaper of a movie, Dirty Grandpa). There isn't much narrative momentum — no established third-act structure — to the picture, which is perfectly fine. Rather than drumming up some movie-manufactured nonsense like a championship game to win as underdogs or a mystery for these meddling kids to solve with the aid of some doobie snacks, Linklater just has these students hanging out, with their greatest challenge turning out to be whether to attend a party or not. It may be slight, but it's also very funny, occasionally insightful, and a welcome throwback to those hallowed school daze. 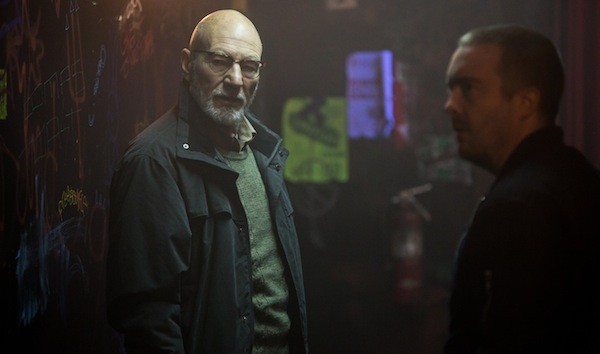 GREEN ROOM (2016). Red-meat catharsis for Blue State moviegoers, Green Room demonstrates what happens when a group of alternative punk rockers are forced to mix it up with right-wing skinheads whose taste in décor leans toward swastikas and Confederate flags. Short on depth but long on visceral thrills, it's Old Testament moviemaking, with the adage about an eye for an eye expanding to also include arms, legs, torsos and, once killer dogs are introduced, even jugulars. Low on cash, the members of the band The Ain't Rights (Alia Shawcat, Joe Cole, Callum Turner and Anton Yelchin, R.I.P.) find themselves accepting a last-minute booking at a dilapidated backwoods club. The clientele, comprised of bigoted bruisers, isn't exactly the target audience, but, hey, a gig's a gig. But after a band member spots a murder in progress — one being committed by club employees — it's suddenly a kill-or-be-killed situation. What follows is unsettling and exciting, a violent thriller that finds writer-director Jeremy Saulnier milking the claustrophobic setting for maximum impact. The film is grisly but not gratuitous, and any laughs are generated not by a jokey attitude toward the life-and-death struggle (as is the norm in many action films) but in the befuddled reactions of the young protagonists attempting to cope with a completely foreign situation. Patrick Stewart, cast as the dapper yet despicable club owner, is just about the last actor we would expect to find barking orders at skinheads in a backwater hellhole, but he proves to be an inspired casting choice. There are a couple of late lapses in logic, and the final confrontation could use a bit more oomph. But overall, Green Room is a sterling example of locating and mining a rich vein in a well-worn premise.

Blu-ray extras consist of audio commentary by Saulnier and a making-of featurette. 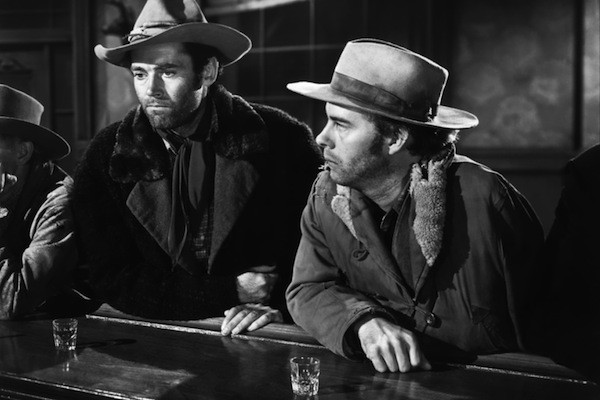 THE OX-BOW INCIDENT (1943) / YELLOW SKY (1948). Kino's latest batch of catalog titles includes two 1940s Westerns, both directed by William A. Wellman and each showcasing a Hollywood legend in the leading role.

Movies dealing with law and order rarely fall out of fashion simply because their themes remain forever relevant. The Ox-Bow Incident is no exception, as cowboy Gil Carter (Henry Fonda) and a handful of other decent and moral men stand against an easily swayed majority (led by a hick authority figure and a warmongering military man) as the latter group plans to hang — without concrete evidence, of course — three strangers (Dana Andrews, Anthony Quinn, Francis Ford) accused of murder and cattle-rustling. A favorite of critics and the Academy (who nominated it for Best Picture, its solitary nod), this downbeat film, adapted by scripter Lamar Trotti from Walter Van Tilburg Clark's novel, found little favor with audiences coping with the rigors of World War II, but it remains a superb watch, not least because of Wellman's sober direction and Arthur Miller's inventive camerawork (most notably during the scene in which Gil reads a letter).

Wellman and Trotti were also responsible for Yellow Sky, a Western ripe for rediscovery. After nearly perishing while crossing punishing salt flats, a gang of bank robbers led by Stretch Dawson (Gregory Peck) finds itself in the once-prosperous town of Yellow Sky, now deserted except for an old prospector (James Barton) and his granddaughter Mike (Anne Baxter, seriously sexy in tomboy mode). The smartest member of Stretch's gang (Richard Widmark) wants the gold that the pair are hiding; the vilest member (John Russell) wants the gold and the girl. For his part, Stretch tries to remain a hardcore criminal but finds himself increasingly attracted to Mike. From its nod in the direction of Shakespeare's The Tempest to its imaginatively staged final gunfight, Yellow Sky takes some unusual detours that allow it to stand out from the pack.