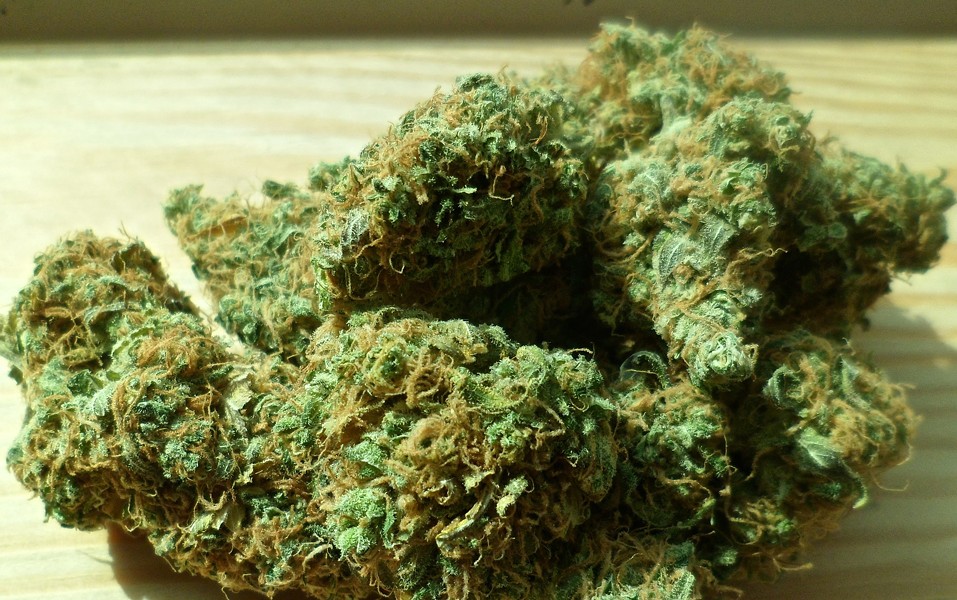 Hollywood movies have done no favors for pot culture. How many times have you seen a movie that depicts someone who smokes cannabis as lazy? Or even dumb? Lacking ambition, self-care, and hygiene and subsisting predominantly on cold pizza and beer? Not even remotely accurate. Did you know that many people who use cannabis abstain from alcohol? They have a better way of relaxing.

The myth of the vacant-brained pothead has been pervasive for decades. From the character George Hanson in “Easy Rider” to Carl Spackler in “Caddyshack,” some big stereotypes have been created about your average American toker. But some new studies have sheds some exciting data that could bust the myth of the couch-crashing, obese, and munchie obsessed cannabis user.

Many retired professional athletes have come out about their use of cannabis. High-performance celebrity athletes that are not the ‘couch potato’ types. The cultural and legal context of weed has changed significantly in the United States. Thanks to early-adopter states like Colorado, California, Oregon, and Washington started legalization around 2016. And today, thirty-six states have legalized medical cannabis programs.

One of the concerns about the mainstream use of cannabis will always be about lifestyle and health. Are cannabis users more prone to sedentary life? Cannabis levels of physical activity, will legalized cannabis create a surge in obesity and chronic disease in America? Recent clinical studies suggest the stereotypes are not accurate. Cannabis may help mobilize Americans into more active lifestyles by addressing certain symptoms.

From 2017 to 2018, the prevalence of obesity in the United States was 42.4%. Inching closer to about half of Americans who have not maintained healthy body weight. And the problem is not about aesthetics and physical appearance. The rapid growth of the number of overweight adults and children is closely correlated to the alarming increase of chronic disease diagnoses.

The Centers for Disease Control and Prevention (CDC) published the most recent data brief from the National Center for Health Statistics (NCHS). General obesity isn’t the only statistic health regulators are concerned about. The number of severely obese Americans has increased from 4.7% to 9.2% from 2017 to 2018. The estimated medical cost of treating obesity-related diseases and health problems is $147 billion per year in the United States.

● Men and women were equal in terms of obesity rates in each age group.

However, ethnicity and income were a big influence on obesity rates. For example, non-Hispanic black adults were the highest compared to any other population group. And non-Hispanic Asian adults had the lowest rate of weight problems.

From a socioeconomic perspective, educated Caucasian adults had the lowest rates of obesity, which points to a problem with food quality and security among lower-income Americans.

How Many Americans Are Actually Smoking Weed?

Smoking or eating delicious edibles, taking tinctures, or vaping cannabis makes it hard to get an exact number. Considering that cannabis is still very commonly used in states that have not legalized recreational or medical pot, getting a headcount isn’t possible.

The only states that can provide a somewhat accurate count of people who smoke pot are medical programs. Because each patient is registered in the statewide system and required to renew their medical card annually, states with legalized medical marijuana can only estimate how many citizens are using it without a medical card. And purchasing cannabis from the Black Market, lacking other alternatives. For medicinal or recreational use.

The most recent and reliable data may be a Gallup Poll. It was part of the Gallup Poll Social Series to measure Americans’ use of marijuana and tobacco products, conducted in July 2019. One of the insights from the survey is that 12% of Americans are smoking weed. But that number has remained relatively unchanged per capita since 2015. There is not a mass (and problematic) stamped of Americans who want to smoke weed.

What is fascinating about the Gallup Poll data is that it shows a clear transition of social opinion. An evolution of cannabis as “the evil Devil’s Lettuce” to being pretty much accepted culturally by most Americans. Today, most Americans liken legalized use of cannabis to be no different from other controlled substances, like alcohol or tobacco.

Do All Strains of Marijuana Stimulate Appetite and Induce Cravings?

If you know anything about marijuana, you know that each strain of cannabis has unique properties. However, one of the stereotypes is that all strains of marijuana create the insatiable urge to eat. Cravings that make the person head to the kitchen or eat four bowls of Fruit Loops after dinner. Do those people exist? Sure. But they aren’t the norm.

Some strains that are notorious “munchie makers” include:

MarijuanaDoctors.com says that if weight gain is a problem, the experienced cannabis user knows how to research strains that do not stimulate the appetite. Interestingly, some of the most munchie-inducing strains cause drowsiness. So, after you eat (more than you want to), a couch-crash is imminent. But unless you have anxiety or insomnia, that is not usually the result most cannabis users want to have. They want to stay alert, happy, pain-free, and non-drowsy. Who wants to go to sleep on a Friday night?

Another interesting fact about cannabis and obesity is about body mass and getting high. Did you know that people who have a higher fat to lean tissue ratio (overweight) need stronger THC? They cannot achieve the psychoactive effects with weak-weed.

But athletes with low percentages of body fat only need low potency cannabis. It is absorbed faster and more easily when you are fit. That’s motivation right there, to stay fit. It will take less expensive weed to get you high. Bonus.

Is there a correlation between people who have severe chronic pain and obesity? It is a question of what came first (like the chicken and the egg analogy). Does obesity cause chronic pain? Or do people with chronic pain and restricted mobility develop obesity by proxy?

One clinical study published in the Journal of Pain Research in 2015 demonstrates that chronic pain and obesity frequently co-occur. And both conditions exacerbate the other. There is no clinical evidence to suggest that obesity increases pain sensitivity. But the changes that happen to the body as a result of a higher percentage of body fat create a cascade of symptoms.

Insomnia, mood imbalance or disorders, and increased inflammation are chemical changes with increased body fat to lean tissue ratios. The more weight you carry, the more likely these symptoms are to present problems.

Depression, for example, can create chronic fatigue and negate the motivation to exercise. That is one example of the comorbidity between chronic pain and obesity. Prescription medications for pain relief can also inhibit activity and contribute to chronic fatigue. Lastly, long-term opioid use has been clinically proven to increase pain sensitivity—worsening (not resolving) pain symptoms over time.

Medical cannabis could, essentially, provide a solution for the growing obesity crisis in America. With low potency, medical marijuana helps people get up, get moving and stay active by addressing chronic pain symptoms.

Out of the top ten reasons that people use medical cannabis is to address chronic pain. And doing so can restore mobility, activity and, with lifestyle changes, reduce obesity. In 2019, the University of Colorado published a report about the new ‘runners high.’

The study debunked the idea that all pot-smokers had habitually low levels of physical activity. On the contrary, the report suggests that many Americans mix weed with workouts to enhance athletic performance. And to reduce inflammatory pain symptoms so that they can exercise.

The University of Colorado study also reported that people are using cannabis to extend their workouts. To help them increase the level of fitness and endurance, they achieve at each workout. Cannabis strains that have a high CBD content can be effective at reducing inflammation. That would help restore and repair tissues after exercising and reduce muscle stiffness.

Less pain, less gain. Another unexpected possibility in the spectrum of health benefits from mainstream marijuana legalization in the United States.

A case for gardening
Top Stories