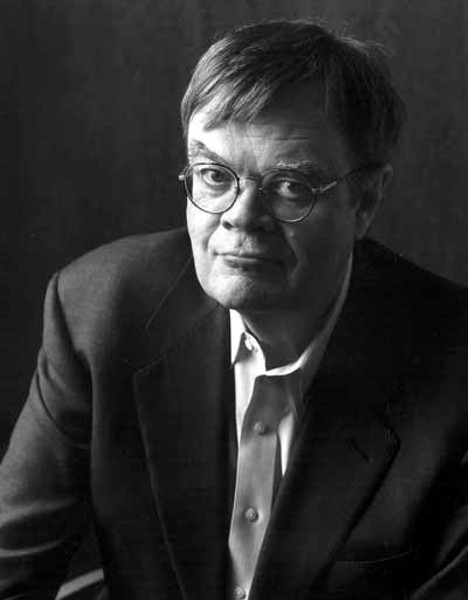 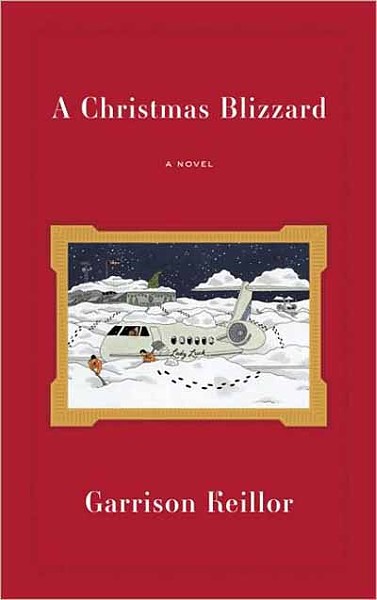 A Christmas Blizzard by Garrison Keillor

A Christmas Blizzard probably isn't what some readers expect from Keillor, whose humorous Midwestern quasi-nostalgic stories from Lake Wobegon have gathered listeners to A Prairie Home Companion for 30-plus years. Keillor's satire here is cranked up a few notches compared to the Lake Wobegon tales, and the wordplay is his silliest yet. But the main difference is that several of the characters in A Christmas Blizzard are completely, utterly stressed out, some to the point of depression, others all the way to lunacy. They worry, they're worn out and pushed for time, and trying to understand what's happened to their lives and the world. Yes, this book very much takes place in present-day America.

James and Joyce Sparrow are super-rich and live in Chicago. As the holidays approach, James is in a "dark fog of nostalgia and disappointment," while Joyce partakes of her annual diet of two Nutcrackers, two Handel's Messiahs, and three A Christmas Carols. James wants to get out of the cold city with Joyce and spend Christmas at their estate in Hawaii; she, though, has a stomach virus, and urges him to go without her. That's when James' cousin Liz calls from his hometown of Looseleaf, N.D., to tell him his favorite uncle is dying. James flies in his private jet to Looseleaf, for a quick stop before heading to Hawaii. A big blizzard snows him in, and the main story begins.

In Christmas fable tradition, James travels a painful route, through rediscovery, to revelation. He rediscovers his bitterly cold hometown (where manly men consider zero temperatures a mild chill), and rediscovers his family members whom he has ignored while he made his fortune. What a crew. Cousin Liz is a rightwing conspiracy freak who plans to overthrow the government (she's so hardcore, she cut off one of her breasts because it interfered with her rifle-shooting); she's married to an FBI agent whose job is to find enough evidence to turn her in, but, not to worry, he still loves her. Cousin Faye is a healer, an Ojibway storyteller (although she's not Native American), and a "visionary conversationalist." In other words, she's a New Age flake, which gives Keillor a chance to indulge one of his favorite shticks, making fun of New Agey gobbledygook, such as when Faye tells James about "visionary mother spirits" in Looseleaf who want to "[open] the winter veil to evolutionary experience that nurtures the diversity of the heart that can make us whole." Add to all that a talking wolf, a Chinese wise man, and the supposedly dying uncle who's rejuvenated now that Medicare has sent him a beautiful Indian nurse, and you've got a Christmas tale that makes Dickens seem unimaginative by comparison.

But this is a Christmas book, after all, in addition to being a heady satire of America's current state of mind, so in the end, James' fears and problems are calmed and he learns a valuable lesson. Keillor is an acquired taste for many readers. If you're not a Keillor fan, don't read this book, as you'll think he's flipped. If, however, you like the author's talent for combining satire, humanism, wordplay, and staring into the abyss, you've hit the jackpot.