Kennedy still a touchstone despite controversies 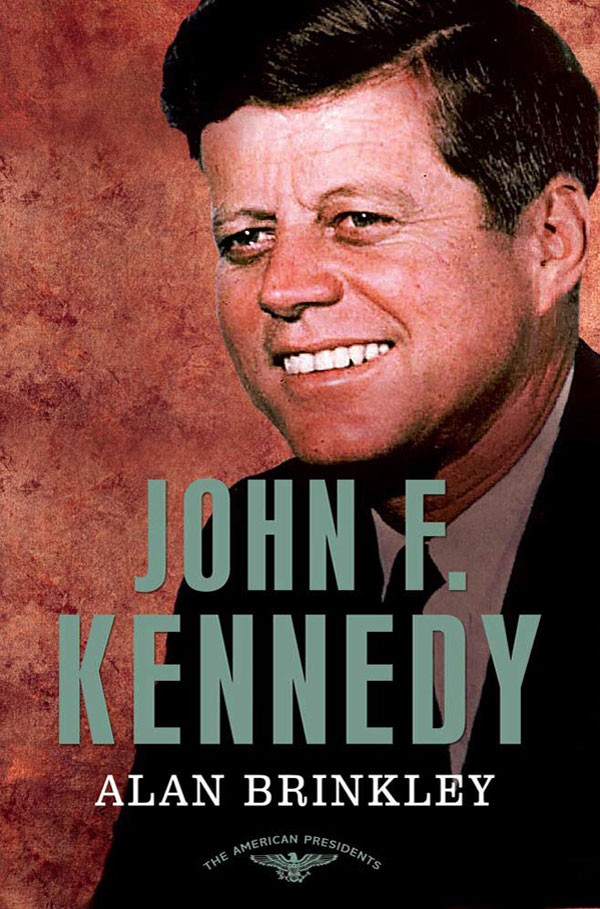 From Camelot to carousing, historical opinion swings from one extreme to another when it comes to John F. Kennedy. One thing that every account confirms: endless fascination with our 35th president.

Expect another flood of JFK articles, books and documentaries next year, a deluge sure to arrive in lockstep with the 50th anniversary of Kennedy's assassination in November 1963. And, while Bull Durham's Crash Davis may "believe Lee Harvey Oswald acted alone," many of the 1,000 books published on Kennedy's death contend otherwise, along with millions of Americans.

The promise and pain of "what if?" fuels the Kennedy legacy for many Baby Boomers even decades later. Critics such as journalist Seymour Hersh view the glitz and glamour of JFK and his New Frontier as a detriment and an empty myth. Admirers of Kennedy, Hersh once wrote, "are still blinded today."

The latest assessment of the legend and reality swirling around JFK comes from historian Alan Brinkley. His portrait of Kennedy marks the newest entry in the highly regarded American Presidents series of short biographies started by the late former Kennedy aide Arthur M. Schlesinger Jr. and carried on by Sean Wilentz. Until his death in 2007, Schlesinger paired various presidents and historians for the biography series. Schlesinger himself burnished JFK's image as much as anyone in his analysis and recounting of the Kennedy years, including the 1965 Pulitzer Prize-winning A Thousand Days: John F. Kennedy in the White House.

Brinkley, a prominent historian and professor at Columbia University, has written a clear, concise volume that sifts through mountains of material and emerges as a crisp distillation of Kennedy in his many guises.

From the first page, Brinkley displays a strong grasp of the conundrums inherent in any assessment of Kennedy. He writes, "The reality of his life may not have lived up to his global reputation. But in his short presidency this reticent and pragmatic man became, in the eyes of the world, a charismatic leader who in his life and in his death became a symbol of hope and purpose."

That eternal flame burns literally (at Kennedy's Arlington National Cemetery gravesite) and figuratively (Brinkley notes the Sixth Floor Museum in Dallas attracts 300,000 visitors annually). Because of the assassination, because of Kennedy's youth (he died at age 46 during his first term), and because of the rapid cultural shifts ranging from the newfound pervasiveness of TV to the civil rights movement, it's difficult to see Kennedy without distortion.

If anything, matters have become more complicated in the decades since his death, as revelations sordid and otherwise emerge. In February, a former White House intern, Mimi Alford, became a cause célèbre with her account of losing her virginity as a 19 year old to Kennedy in the White House. Other crudities described by her in interviews and the inevitable memoir portrayed Kennedy in the harshest of lights.

Brinkley examines the political and the personal without bias. On Vietnam, a war JFK slowly accelerated despite frequent concern over stumbling into a quagmire, the historian pronounces Kennedy's approach to be very much mixed. The Cuban Missile Crisis in October 1962, predictably, stands as Kennedy's finest moment. Even here, Brinkley is careful to note the perception among some that Kennedy caused the Soviet build-up of missiles by bungling the Bay of Pigs Castro coup attempt in 1961. Still, Brinkley concludes, Kennedy bucked his military advisors and found a way to allow the Soviets to retrench with dignity — and without war.

The many paradoxes of Kennedy's life emerge in Brinkley's book, delivered with balanced perspective and, mercifully, without excessive detail. Thus the juxtaposition of the public figure who radiated vigor with the man who suffered a litany of illnesses and pains so severe that he routinely received cortisone injections and popped amphetamines several times daily. Then, too, the beautiful and cultured wife Jacqueline and two young children offered America the portrait of a perfect marriage. That image fades into lengthy separations during their White House years and constant, reckless trysts carried out by Kennedy with call girls and scores of other women.

Brinkley describes Kennedy as "brazen about his sexual escapades" while noting, "One of the many side effects of daily cortisone treatments was increased sexual desire."

He dragged his feet on civil rights before delivering an unplanned national address declaring the issue "a moral crisis." It set the tone for ambitious legislation amended and passed after Kennedy's death.

As the book makes clear, Kennedy came from a wealthy but dysfunctional Boston family of Irish Catholics. A "lackluster student," JFK battled persistent, often misdiagnosed ailments as a boy and throughout his life.

Politically, Kennedy, much like Ronald Reagan, ushered in a sense of optimism rarely matched in deed. Still, as many historians note, including Brinkley, that is no small feat. But JFK stumbled as a commander in chief when it came to passing any meaningful legislation, a fact hammered home by the triumphs in Congress scored by his successor, Lyndon Johnson. For all his public charm, Kennedy couldn't sell Congress on his agenda and rarely tried.

As Brinkley writes, Kennedy's was, in many ways, a minor presidency, but for the hagiography started during his presidency and ramped up in the wake of his death in Dallas. For those on both sides of the Kennedy debate, this quick read offers a wonderful primer on a man who, as Brinkley puts it, "remains, deserved or not, such an important figure in our national imagination."