In 1989, I was two years out of North Carolina, living in Brooklyn, working my way up the music-journalism ladder that would ultimately lead me to Rolling Stone and MTV. That year, one of my first big stories for a national publication was a feature on Charlotte's Fetchin Bones, who were already bona fide rock stars to lil' old me. 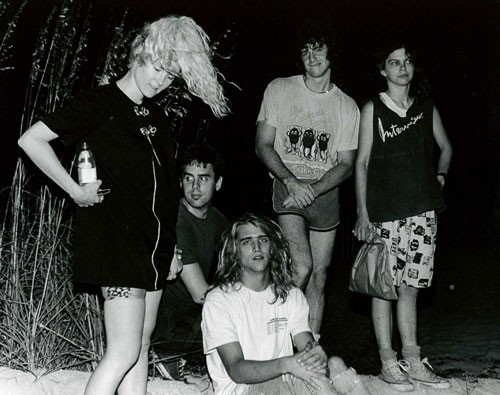 It was a mind-blowing time to be a music freak from Carolina. R.E.M., which had recorded its earliest albums in Charlotte, was on the brink of superstardom. The Bones, who still lived here, were on a major label. And Antiseen were the underground scuzzrockers du jour, whose noisy, dissonant, feedback-laden punk was part of a movement that would soon be dubbed grunge and land Nirvana at the top of the charts.

That year, CL's zany and provocative — not to mention smart and talented — music critic Fred Mills documented the successes of both the Bones and Antiseen in a combined review of their latest albums. Mills knew cutting-edge Charlotte music like nobody's business, and in the following excerpt, he even employed the word "grungy" back when we still used it as an adjective to describe a sound, not a marketing term to pigeonhole a genre.

"The grungy, Neanderthal, distorted, culturally subterranean sound of [Antiseen] oozes from the grooves of the one album: unruly, undisciplined, and raw. The vibrant, rollicking melodicism of [Fetchin Bones] is polished and professional ... and ripe for airplay. Fetchin Bones is headed to the high-profile, prestigious New Music Seminar this week; Antiseen is embarking on a low-paying, couch-and-floors minitour. Polar opposites? Maybe, maybe not."

And where are they now? Fetchin Bones frontwoman Hope Nicholls owns Boris & Natasha's and still performs adventurous music with her husband and old Bones bandmate Aaron Pitkin. Antiseen still slogs out the scuzzrock in local clubs, though lead howler Jeff Clayton's put on a few pounds. Mills is the editor of the excellent online music 'zine Blurt. All three are essential components of Charlotte's rich music history.