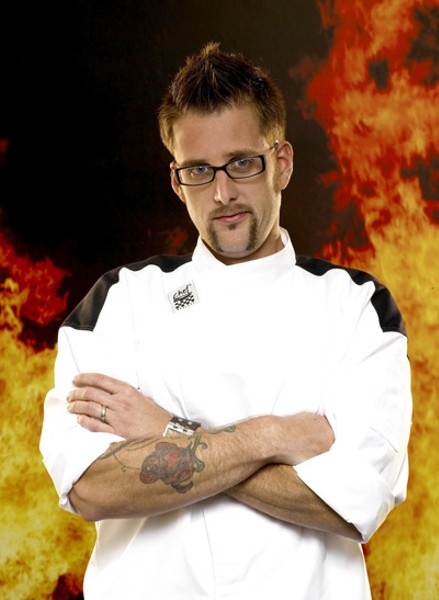 Chef Ben Caylor of Cornelius was working as an electrician before auditioning for Hell's Kitchen. When the opportunity came his way to test his culinary skills, he showed up on a dare and was selected as a contestant on the high pressure FOX reality show. With more than eight years of cooking experience under his belt, including a culinary degree from Johnson & Wales and a stint as executive chef at Ilios Noche and Mickey & Mooch, Caylor was ready to get back in the game.

Creative Loafing: What gave you the idea to audition for the show?

At the time, I was working as an electrician for my dad, and all the ladies in my office were always telling me, "Ben you've got the perfect personality for television." I just wanted to challenge myself and I went for it.

Is Gordon Ramsey really that bad?

You know, I can't say I love his personality and the way he treats people; things can maybe be said without all the swearing and yelling. But he is a very intense guy, and he knows what he's doing. I can't deny his talent; he really is one of the best in the business.

What have you gained from the Hell's Kitchen experience?

I went to a five-star boot camp for 30 days. I learned more in the time I was on the show than I could have in two years at any restaurant. It was a very intense experience, and it gave me the vigor to be the best at what I do all of the time. Being on the show has opened my eyes again to the energy of the kitchen, and I am definitely looking forward to getting back in there.