The first thing I noticed when I pulled up to Belton Platt's new home in Concord was the playground.

Right across from his house sits an unassuming little multicolored jungle gym. Nobody was playing on it during the sunny afternoon that I visited Platt. It was in such pristine shape that the plastic shined in the sun.

I couldn't help but be reminded of a passage from Pam Kelley's new book, Money Rock: A Family's Story of Cocaine, Race and Ambition in the New South, which was released Sept. 25. It reads, "They crossed a bridge over a trickling creek, then passed a neighborhood park, with its broken merry-go-round and glass shards thick under the monkey bars."

Kelley was setting the scene for a confrontation between Platt, known then as Money Rock, and rival drug dealer Big Lou in 1985. The confrontation took place at Piedmont Courts, an old public housing project in Charlotte's Belmont neighborhood. Platt and Big Lou's altercation would spiral into a shootout, injuring multiple people, including innocent bystanders. Platt was eventually found guilty and sent to prison for charges stemming from the incident, and though the verdict was later overturned, he had gained the attention of authorities. He would later serve more than 20 years in prison on federal charges related to his role as one of Charlotte's most successful cocaine kingpins.

As I met Platt at his home on that recent afternoon, it was clear that he had come a long way from that playground with the broken merry-go-round. We sat and talked about the path he took to where he is today, and what he learned about his own life through Kelley's book.

Creative Loafing: Pam Kelley originally reached out to you in 2011 to write a series for the Charlotte Observer. What were your thoughts when she called you seven years ago?

Belton Platt: It was amazing because while I was in prison, I just felt this urge. The Lord said, "Sit down and write your life story." Could you imagine being surrounded with everything you're surrounded with in prison, and there's no hope of you getting out in the next 20 years? And so you get this word from God in you, and He says, "I want you to write your life story." I had my manuscript ready, and so God had said to me that my life story would be in a book.

So when she contacted me, I just told her, "Well, God told me." Not being arrogant or facetious, I just know just as clear as you're sitting in front of me that God spoke to me and told me my life story would be in a book. So I was excited about it.

But you know what? After you have done 21 and a half years in prison away from society, you move out to this place called Green Sea, [South Carolina,] where nothing is there, and you know it's no way for no one to find you, and you have a private phone number, and somebody finds you [laughs], it's meant to be. I wasn't even concerned about why she called. I was really concerned about how you got my number. I said, "Pam, I understand why you called me but I'm more concerned about how you got my number," and she giggled and said, "Well I work for the Charlotte Observer and we have ways of finding people."

She had come to meet you at Central Prison in Raleigh for an interview in 1986 that didn't go so well, as is described in the book. What was your viewpoint about interviews and the media in general at that point?

Put yourself in my shoes. This big gangster bully guy who terrorized this neighborhood for years, you and him have an altercation — to you, it was an altercation, but the papers said it was a drug turf war, when I know it wasn't a drug turf war. When I read this in the paper, I felt like they was trying to make it something that it wasn't. It was no different than you and I getting into an altercation. 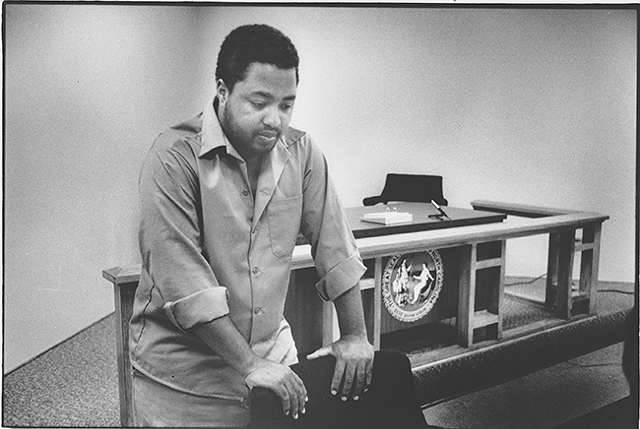 So when I saw the media and read everything that they were making it, I didn't trust the media. But that was all the info that they had, and that's understandable, but I knew the truth. So I thought the prosecutor was using the media to convict people and to get their side of the story out. So when Pam come to visit me to get a story and wanted to dig deeper into my life, I'm looking at her like, OK, she's with them, she's coming to ask me all these questions, she's trying to set me up.

Another thing, too, I was in denial of the truth. I was doing a lot of work helping people and using the money to help families and do all of this. I wasn't out shooting people, I wasn't out beating people like Big Lou and all them gangstas were. I was helping people while destroying the community with the drugs. So I was living a lie, but that lie was my truth.

Now that you're no longer in denial of that truth, how do you look back on your life as Money Rock?

I look back on that as a young man lost in a society that had for a long time rejected us. Living without purpose, having no guidance from mentors, just trying to find his way in life. The sad story of it all is, when he thought he had found his way, it was the wrong way and he was led into a life that he never would understand. My biological father stepped into my life having been gone all these years, and he essentially said, "This is the way to get anything out of life," and taught me how to cut drugs, bag up drugs, and just sent me out there to sell drugs. I wasn't a thug, I wasn't a gangster, I was just a kid who had a cleaning business, trying to do the right thing, and I was led the wrong way.

I was lost in that world, trying to navigate, believing that if I got enough money, all of my sorrows, all of my troubles, all of my mother's and family's troubles would be over. And I believe that that's the deception that entraps so many people into illegal activities; whether it's selling drugs, whether it's cheating on taxes, whether it's Ponzi schemes, whatever, it's just that love of money. But in my heart of hearts, when I began to see the effects of drugs, I was miserable and wanted to get out, and that's why I struggled. 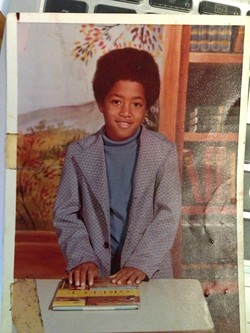 The books gives a lot of historical context for why so many people ended up selling or doing drugs in Charlotte's low-income communities, as well as some details about powerful forces working against you personally while you were in the justice system. What was it like to read about all these things that affected your life so greatly?

It was something I saw for the first time in my life, and I see it through the book. It opened my eyes, and I would always say "Look, I did it, I admitted to it, it was my choice and that was it." I don't blame government, I don't blame my dad, I don't blame anybody. But when I began to read that book, I said, "Oh my God."

Basically, I was caught up in a generational purge, in which society and history had a part to play in my position. And when you do certain things — redlining and all that — you produce this. I'm seeing something that's larger than Pam and I through the book, all of this, and it has taken me now to a place where I see the need for social justice, when I did not see this in the beginning.

[Platt retrieved an iPad from upstairs and read to me a statement he wrote after waking up early one morning with a need to express himself regarding the question I asked.]

You've been back in the Charlotte area now for two months. You said you never thought you'd live here again. What's it like to see the city all these years later? 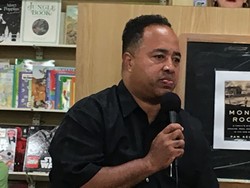 I remember when Pam said that when Charlotte began to integrate the public schools, it became like a model for the rest of the nation. I believe that with Charlotte being the great city it is and has been, I believe we can make another mark on the nation — and keep it going this time — advocating social justice, liberty and justice for all, despite their creed, their color, their backgrounds.

As a city we can choose to take on challenges like we have in the past, challenges that most cities are ignoring today, but we have to be willing to accept responsibility for our actions in order to make a change in our personal lives, in our neighborhoods, in our families, or in our city, state or nation.