Belton Platt Listens for the Word 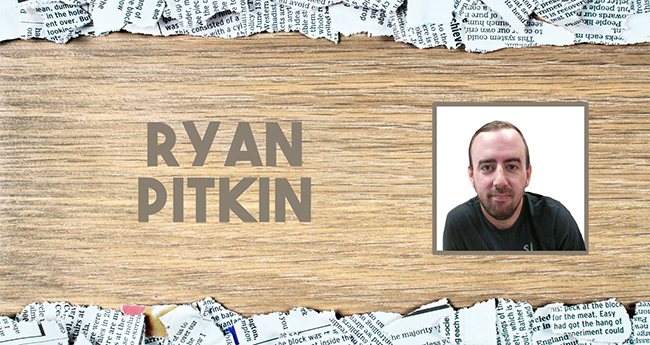 As I sat in the kitchen of Belton Platt's home in Concord on a recent afternoon, we went through the usual small talk that often precedes an interview. We talked about how long he had lived there (two months) and he offered me a glass of water and lunch (I accepted the former and declined the latter).

Platt told me he never thought he would move back to the Charlotte area (he hates the traffic) and laughed about the fact that his stepdaughter had seen me through the door when I first knocked but decided not to let me in or let him know I was there.

Then he did something that was a first for me as a journalist. Before answering my first question, he asked if he could pray. He then prayed over the upcoming interview as if saying grace before dinner.

This didn't surprise me. I had just finished a book titled Money Rock: A Family's Story of Cocaine, Race, and Ambition in the New South, which tells Platt's life story. In it, local author Pam Kelley describes how Platt found God before heading to prison for two decades on federal charges related to a drug ring he'd been running in Charlotte, when he was known as Money Rock.

In one of the more ironic twists in Platt's story, he went to visit a pastor who ran a ministry that Platt's mother had been attending. After learning that much of the hard-earned drug money he had been giving his mother was going to this ministry, Platt thought he smelled a rat.

Platt packed a gun and attended service with his mother, planning to have a personal talk with this preacher afterward to set him straight. As it turned out, the pastor was an old friend, and once the two connected, it would eventually send Platt down a road to redemption.

He calls his decision to visit the preacher that morning "the smartest dumb thing I ever did."

As Kelley notes in her book, it's a regular occurrence for folks to find God when they're facing decades in prison. But for Platt, it was the real thing. Even after his sentence was handed down, he remained true to his calling, acting as a spiritual guide of sorts for other inmates.

After his incarceration, he moved to a small South Carolina town near Myrtle Beach called Conway, where he founded Rock Ministries Church International.

Throughout the book, Kelley tells of the times when Platt claimed he had spoken with God. In fact, when she met with him in 2011 — 25 years since their last meeting in Raleigh's Central Prison — he predicted she would make his story into a book, despite the fact that she had no plans to do so.

As he explains in our interview, on page 9 of this issue, God had told him to write his life story while he was in prison, with the understanding that it would someday become a book. So when Kelley called, he knew it was God's plan.

I talked to him that day about his claims that he speaks with God, which he was more than happy to explain.

Now that he's moved to back to the Charlotte area, Platt spends much of his time listening. Two weeks after his return, he received a phone call from an old friend whom he hadn't seen in 30 years.

The man had been hanging out at the Blue Olive Lounge in Ballantyne with his brother on the previous night, and just as the two were about to leave, a fight broke out in the parking lot. Platt's friend watched his brother die that night, shot dead while trying to break up the fight.

After talking his old friend down from his vengeful inclinations, Platt began to reflect on the violence he was seeing in Charlotte. There had been more murders in Charlotte during his first three weeks having lived here than in three years that he lived in Conway.

One recent night, inspired by Kelley's book and his recent experience with his friend, Platt woke up at 5 a.m. and felt the need to write. He grabbed his iPad and wrote a mission statement of sorts that touched on recent violence, systemic racism, social injustice and ways he hopes he can help confront these issues now that he's back in Charlotte.

I consider myself a nonbeliever, but if working for a more just society is God's plan for Platt, I cannot argue with that.