The House that pizza built 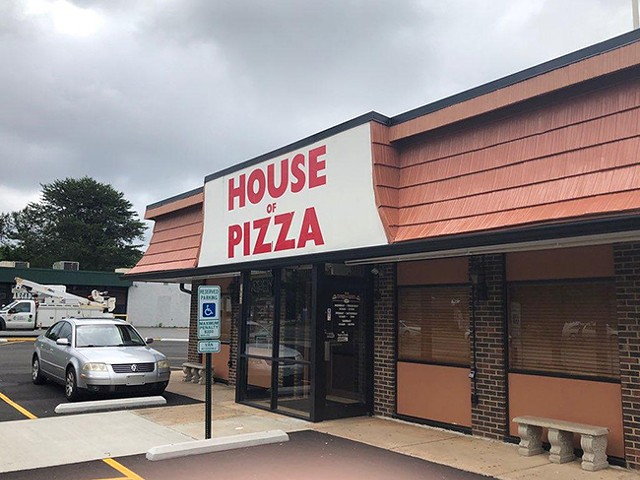 Even before Samantha Kakavitsas, 29, was spending 15-hour days managing to-go orders in the kitchen at House of Pizza, the restaurant was like a second home to her.

"It was my daycare before it was my first job," she says.

Kakavitsas' aunt and House of Pizza co-owner Maria Kakavitsas has kept the business in the family since 1983, when her siblings first bought it.

On a recent morning before the restaurant opens, the two sit at a table in the dining room.

"She grew up in here," says Maria, nodding and motioning towards her ankles, "You know, when the aprons were like, down to here."

House of Pizza can still be found at its original location on Central Avenue, serving Italian staples like pizza and pasta, but the interior of the restaurant is completely different from what it was when Samantha was young.

For that matter, it's much different from what it was just a year ago.

The family-run restaurant recently reopened after closing its doors for 10 months to renovate. The project included a complete remodeling of both the kitchen and dining area.

While major changes have occurred, the atmosphere of the restaurant remains the same.

Thirty minutes before House of Pizza opens, the parking lot is empty, leaving the old-timey neon pizza sign to stand out front peacefully. The "See you soon" sign that hung in the front window throughout the renovation is a thing of the past.

Despite the peaceful setting outside, inside the restaurant, the phone is already ringing off the hook. A waitress silently sets fresh Parmesan shakers on each table, enjoying the calm before the storm.

The staff in the kitchen is efficiently prepping the food for when customers rush in to get their lunchtime subs. 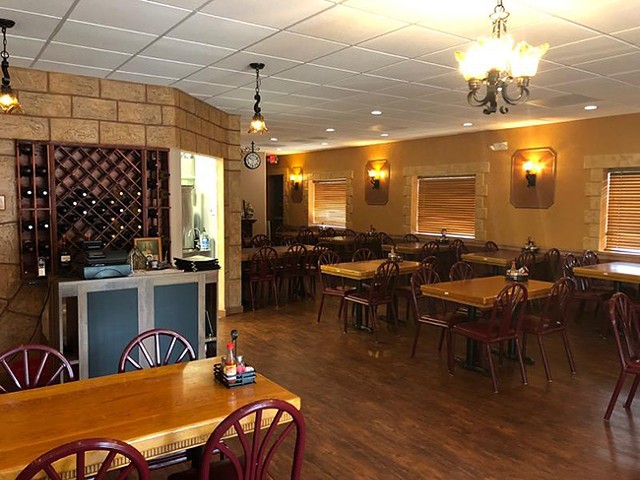 The owners, including Maria, her sister Helen Mitsios and their brother Nick Kakavitsas, Samantha's father, made sure to maintain the dark interior and decor that was characteristic of the place prior to the recent renovation.

The biggest change occurred in the kitchen, which was completely updated to keep up with new health code standards. A different kitchen has meant a new flow, and the staff is still adjusting to the patterns of a new space.

"It's like you're looking for one thing here and it's not there," Maria says. "It's somewhere else."

Samantha says the staff is still learning the ins and outs of the new environment. Both she and her aunt have had to take time from being at the front of the house to make sure the kitchen is in order and the new takeout order area is running smoothly, which is not always the case.

Despite the drastic changes to the restaurant, most staff members are more than happy just to be back in the kitchen, regardless of how much it has changed.

With the renovations taking twice as long as planned, most of the crew — including the owners and their children — had to find other jobs in order to pay the bills while the place was closed.

"We had no choice," Maria says. "We have house payments, car payments, that kind of stuff. None of us are, like, living in these huge houses, we're just an average family."

In the face of financial strain, the family never considered closing the doors for good.

The tediousness and frustrations of renovations never outweighed their love for the restaurant.

Maria called the reopening a blessing.

"This is our livelihood," Samantha says. "We live off of this."

Once the time came to open the doors back up on May 21, the family was thrilled that every employee was ready to return to the restaurant.

It was time to debut the updated look of the classic pizzeria to the public.

"The only thing that hasn't changed is our food," Maria says.

Any anxiety the owners had about customers forgetting about the humble restaurant was quickly squashed after reopening.

The return to business has been anything but slow; the place has been slammed, in fact, with loyal customers willing to wait as long as it takes for the food they love. Like House of Pizza's home-cooked and made-to-order Philly cheesesteaks.

"Everybody wants the Philly," Samantha says. "I can't help it!"

After the Philly, Maria says the restaurant's most popular dish is the pizza with homemade dough.

The genuine, affordable food keeps customers around, regardless of wait times or other inconveniences.

Customers are seemingly not discouraged by the changes, and some days there's a line oalready at the door before the restaurant opens at 11 a.m.

"I've seen people come in here two times in a day — two or three times in a day," Samantha says. "They leave and come back. They come back for dinner."

That loyalty is part of what makes House of Pizza so special. The waitstaff knows the names of most of the patrons, and customers have been sticking their heads in the kitchen door just to shout hello to their favorite employees after nearly a year away.

"A lot of people that come in here love to see us here," Samantha says. "You know, like family."

Family is essential to the restaurant, and it hasn't been lost in all the changes and updates. About half of the staff is biological family, and the other half is treated as such.

Together, the crew has handled the uncertainty of the remodel and the influx of returning customers.

"We're all tired as hell," Samantha says. "But it feels good."

Maria hopes that ownership of House of Pizza will stay in the family moving forward. With 14 grandchildren among the seven siblings in her own generation, it seems likely.

She might get her wish from her niece, who hopes to use her lifelong experience growing up in the pizza joint to one day run the restaurant herself.

From the family working together behind the scenes to deliver fresh subs and pizzas, to the network of loyal customers that will never forget about their favorite spot, it seems likely that no matter how much change the restaurant endures, it will always have a welcoming and comforting atmosphere, just as long as they keep pumping out Philly cheesesteaks and pizzas with that same homemade dough and great taste.

"We're a really tight family," Maria says. "We're really close, all of us."