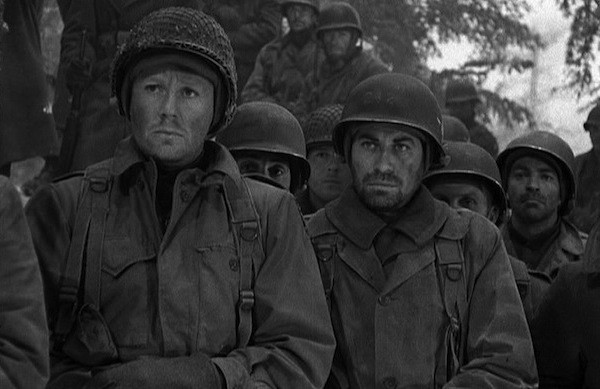 BATTLEGROUND (1949). While World War II pictures were popular as the global skirmish unfolded, the end of the conflict in 1945 also signaled an end to Hollywood's glut of related movies. The 1946 Best Picture Oscar winner The Best Years of Our Lives, a superb look at the deleterious effects of the war on soldiers after they return home, seemed to have closed the book on WWII yarns, but the lull lasted only until 1949 and the releases of the box office hits Twelve O'Clock High, Sands of Iwo Jima and Battleground. While the first two films were starring vehicles for, respectively, Gregory Peck and John Wayne (both of whom earned Academy Award nominations for Best Actor), the third was an ensemble piece, the proper approach to take for a story that keeps its focus on the troubles (both petty and paramount) faced by grunts on the frontline. The film centers on the members of the 101st Airborne Division, aka "the battered bastards of Bastogne," as they try to survive the Battle of the Bulge. Among the participants are the garrulous Holley (Van Johnson), the courageous Jarvess (John Hodiak), the greenhorn Layton (Marshall Thompson), and the tough-as-nails Sgt. Kinnie (James Whitmore). The character-driven vignettes are more interesting than the battle that closes out the picture, with highlights including the Hispanic Roderigues (Ricardo Montalban) witnessing snow for the first time in his life and the impromptu pop-culture quiz between suspicious G.I.s as they attempt to determine whether there are any German spies in their midst. Nominated for six Academy Awards (including Best Picture and Best Supporting Actor for Whitmore), this won two: Best Story & Screenplay for former Bulge participant Robert Pirosh, and Best Black-and-White Cinematography. 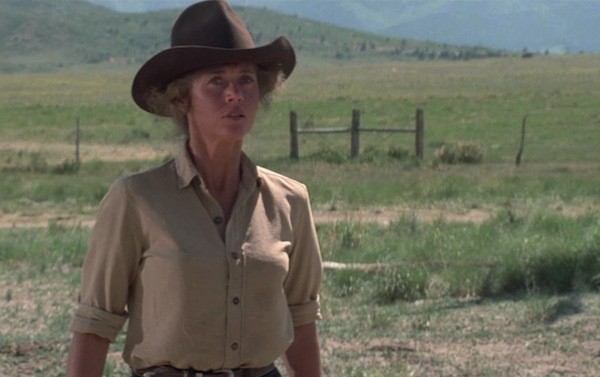 COMES A HORSEMAN (1978) / STANLEY & IRIS (1990). The Twilight Time label has recently released a pair of films starring Jane Fonda, and while neither ranks in the upper echelons of her output, there are worse ways to spend an evening than watching this screen legend in action.

In the same year that she delivered an Oscar-winning performance in Coming Home (her second Best Actress win, following 1971's Klute), Fonda offered a different type of heroine in Comes a Horseman, an unusual Western set in the mid-1940's. She plays Ella Connors, a no-nonsense rancher who tries to protect her territory from rival landowner J.W. Ewing (Jason Robards) as well as from businessmen eager to drill for oil. In danger of losing her property, she comes to rely not only on her trusty cowhand Dodger (Richard Farnsworth) but also on Frank Athearn (James Caan), recently returned from WWII and hoping to make a fresh start. Fonda and Robards, who just the previous year had co-starred as tempestuous lovers Lillian Hellman and Dashiell Hammett in Julia, here portray characters with an even knottier history, and their shared scenes are suitably prickly. Farnsworth delivers a lovely performance as the folksy and philosophical old-timer — he nabbed a Best Supporting Actor nomination, the film's sole Oscar bid. Trivial pursuit: One of ruthless cattle baron J.W. Ewing's flunkies is played by Jim Davis, who that same year became famous for playing a Ewing himself — ruthless cattle baron Jock Ewing on TV's instant hit series Dallas. 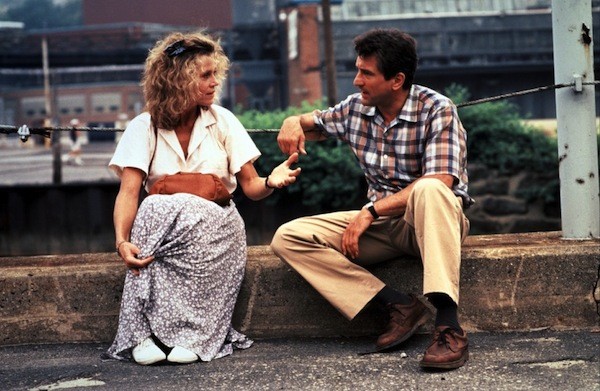 Released in 1990, Stanley & Iris marked the end of Fonda's remarkable movie career. She returned 15 years later, of course, but it's mainly been to awkwardly appear in atrocious movies like Monster-in-Law, Georgia Rule and This Is Where I Leave You. In Stanley & Iris, she and co-star Robert De Niro are both understated and influential, bringing quiet strength to the story of a harried single mom and the bashful and gentle man she teaches to read. The first half of the film is the stronger slice, focusing on the realistic struggles endured by working-class Americans just trying to keep their heads above water. The second part is sloppier — for starters, relatives played by Swoosie Kurtz and Jamey Sheridan disappear completely from the proceedings without so much as a by-your-leave — and prone to fanciful plot developments guaranteed to help this cross the "feel-good" finish line. 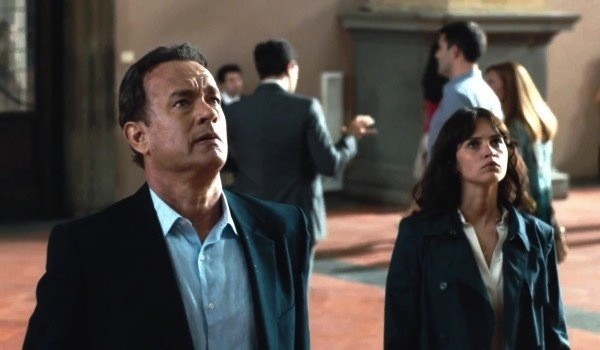 INFERNO (2016). Ron Howard is at that post-Oscar point in his career where most of his projects are weighted down with misplaced import, and nowhere is this more evident than in this third installment from Dan Brown's bestselling book series. The central thrust is that Bertrand Zobrist (Ben Foster), a wealthy motivational speaker who's basically a cross between conspiracy nut Alex Jones and Elevation Church con man Steven Furtick, decides that the only way this planet can be saved is by unleashing his own moonshine mix of a virus, one designed to serve as another Black Plague and kill off half the world's citizenry. Zobrist's protracted plan allows not only Harvard symbologist Robert Langdon (Tom Hanks, again playing a character with even less dimensions than the animated sleuths Carmen Sandiego and Dora the Explorer) and World Health Organization suits to have a shot at locating and neutralizing the virus but also opens the door for nefarious characters to nab it first and sell it to the highest bidder (this doesn't really make sense, given the indiscriminate and widespread nature of this uncontrollable disease, but there ya go). When it's not being dense, Inferno settles for being dull, since the pattern has been largely the same in all three films: See Langdon run! See Langdon solve puzzles! See a hottie (in this case, Felicity Jones) trot along behind Langdon, breathlessly hanging onto his every word! At least the shots of Venice are lovely, and there's an interesting performance by reliable Irrfan Khan as the head of a clandestine outfit that traffics in assassinations. In all other respects, though, Inferno quickly goes down in flames.

Blu-ray extras include deleted and extended scenes; a discussion with Howard about the film; and separate pieces on the characters played by Hanks, Jones and Foster. Inferno is also available as a 4K Ultra HD release. 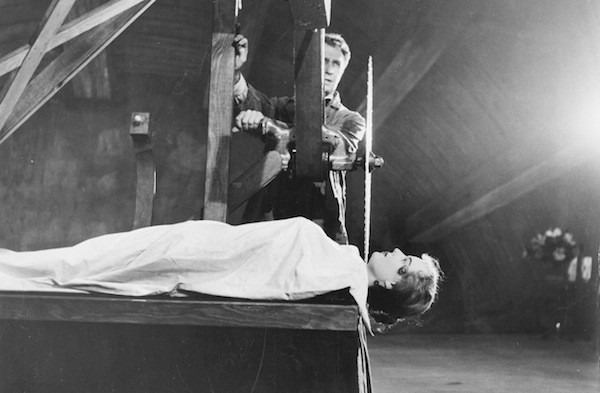 THE MAD MAGICIAN (1954). The 1953 classic House of Wax proved to be such a box office bonanza that it's no surprise both Vincent Price and his co-star, that dazzling newcomer known as 3-D, were reteamed for the following year's The Mad Magician. As in the previous picture, Price again plays a creative sort who goes over the edge after a business acquaintance screws him over — here, he's Don Gallico, an inventor of magic tricks who hopes to perform before an audience himself. But Ross Ormond (Donald Randolph), his sleazy employer, and The Great Rinaldi (John Emery), a loutish magician who owes much of his success to Gallico's inventions, arrange it so that the kindly would-be magician will never be allowed to take the stage. Outraged, Gallico begins using his various contraptions, including a buzz saw and a portable crematorium, to bloodily pave his own route to success. There's never a dull moment in this kicky horror yarn, with Price as colorful as ever and Randolph and Emery providing the hissable villainy. In fact, Gallico is so sympathetic that viewers may well hope he gets away with murder — and indeed might feel more than a little annoyed with the busybody antics of a well-meaning detective (Patrick O'Neal) and a well-meaning mystery writer (Lenita Lane).

The Mad Magician is available to watch on this Twilight Time Blu-ray edition in either 3-D or 2-D. Extras consist of audio commentary by film historians David Del Valle and Steven Peros; a making-of retrospective; the theatrical trailer; and an isolated track of the score by Arthur Lange and Emil Newman. As a delightful bonus, the disc also contains a pair of 3-D/2-D shorts starring The Three Stooges: Pardon My Backfire and Spooks! (both 1953).