Bach in a Hard Place 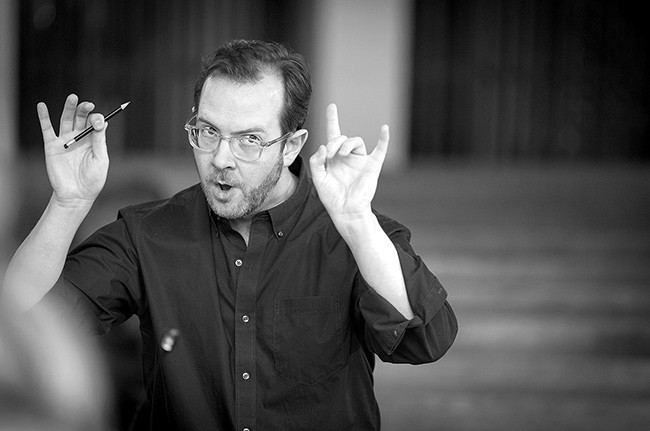 Bach celebrations aren't totally alien to the Queen City. Charlotte Symphony played with the idea for a few years at Knight Theater with Bachtoberfest, pairing Bach and beer, preferably bock. BachFests have bloomed annually — if only for a day — at St. Alban's Episcopal in nearby Davidson, and last March, the North Carolina Bach Festival landed modestly for one evening at the Steinway Piano Gallery.

None of these foretold the Bach Big Bang that begins this Saturday. The first Charlotte Bach Festival splashes down with eight concerts in nine days — predominantly in the Q.C. but also in churches from Gastonia to Winston-Salem. Unlike the Bachtoberfest brew, which might mix in some Mozart and Wagner, Charlotte Bach kicks off with an all-Johann Sebastian lineup.

Unlike the chamber offerings at St. Alban's and Steinway, Charlotte Bach is mostly big Bach: multiple cantatas, a trumpeting Orchestral Suite, a motet and the mighty B Minor Mass. Ambitions are not at all small at Bach Akademie Charlotte, the nonprofit producing company that sprouted up last October — at St. Alban's, with two cantatas and a motet — with no word about the Big Bang to come.

Plans are not only firmly in place to stage Charlotte Bach annually but also to possibly grow the festival to a third weekend. That would put a fully bloomed Charlotte festival in the same elite class as the Oregon Bach Festival, the Big Kahuna among Bach fests in America.

Seeds for this astonishing phenomenon were first planted late in 2013, when Charlotte Symphony presented Bach's St. Matthew Passion under the direction of Scott Allen Jarrett. Singing tenor with the Oratorio Singers of Charlotte at these sacred concerts, Mike Trammell had an epiphany: This was what he wanted to do in life.

"Bach always makes you look beyond the page," says Trammell, "and I was captivated by the context of the piece — the history, the texts chosen, and its structure of arias, recits and chorales. I finally found some classical music that I could connect with beyond the way it sounded to my ear."

But to make a living by singing Bach in Charlotte, the land of Speed Street and tailgate parties? Of course not. So he went off and sang Bach in Stuttgart and then Weimar with Helmuth Rilling, the revered conductor and choirmaster who founded Oregon Bach in 1971.

Eventually, though, Trammell got to thinking: Why not Charlotte? With other like-minded locals, he founded the Bach Akademie Charlotte, and then he reached out to Jarrett to become its first artistic director.

"You have to hear Scott speak on Bach," says Trammell. "And you have to hear what he does with the music for me to tell you why he's the best. He's recognized by his peers as a leading Bach scholar in the country. He knows our city, he knows our people — he speaks our language and the language of Bach."

Trammell flew up to Boston to make his Bach Akademie pitch to Jarrett. Getting Jarrett to sign on was the key to bringing what Trammell calls a "rockstar" staff aboard, including Adam Romey, the festival's managing director. Romey's mom, Kathy, is Rilling's longtime assistant (as well as the chorus master of the Oregon Bach Festival Choir), and his grandfather helped Helmuth in founding Oregon Bach.

No doubt Jarrett helped in selling Romey on Charlotte. A native of Virginia who attended Furman University, Jarrett was already at home in the region when he served as assistant conductor at Charlotte Symphony from 2004 to 2015 and music director for the Oratorio Singers.

"So it was a real happy 11 years working for the Oratorio and the Symphony, coming weekly to Charlotte for more than a decade," Jarrett says. "I find the spirit behind people wanting to do this music is really thrilling, and I think it's brilliant for [the Bach festival] to be in Charlotte. Charlotte is a perfect place for it!"

It's doubtful that anything less than a Bach festival aspiring to national prominence could have lured Jarrett back.

Down in Miami, Jarrett was the first guest conductor to lead the Seraphic Fire ensemble, contributing to their Grammy-nominated recording of Brahms' Requiem in 2012. Up in Boston, he is resident conductor of the Handel + Haydn Society, and music director of the Back Bay Chorale. At Boston University, he is director of music at Marsh Chapel, where weekly Sunday services are broadcast live. He has also piloted a Bach cantata series at the university for the past 12 years. 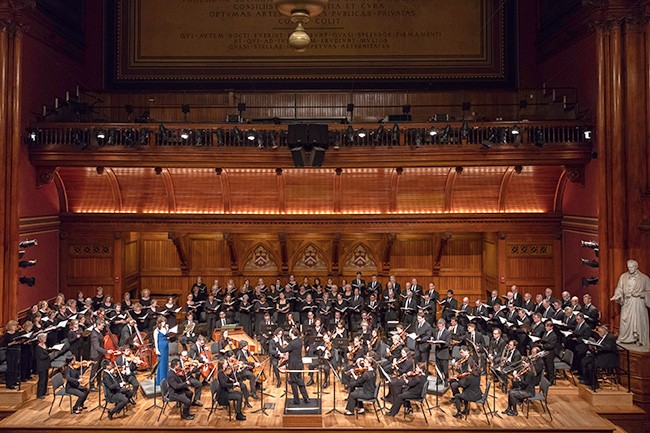 More importantly, Jarrett brings more precious DNA to our budding festival from the Oregon Bach Festival, where he has been a fixture since 2010. Last year, he kicked off the season conducting the Matthew Passion, making him the only person besides Rilling ever entrusted with that masterwork. This season at Oregon, he presides over another Rilling preserve, the Discovery Series, a unique set of lecture-demonstration concerts that take listeners inside the craftsmanship and the theology of the music.

Here in Charlotte, it will be called The Bach Experience — as it has been on Jarrett's home turf at Boston U. The two themed concerts, "Summer in Leipzig," will be offered at Myers Park United Methodist Church next Tuesday and Thursday at 12:30pm. Jarrett has chosen Cantata 75, "Die Elenden sollen essen" ("The Hungry Shall Eat") and Cantata 76, "Die Himmel erzählen die Ehre Gottes" ("The Heavens Are Telling the Glory of God") to take us back to 1723 and Bach's first two weeks of work as cantor of the St. Thomas Church in Leipzig.

Jarrett, the Akademie | Charlotte Cantata Choir, the North Carolina Baroque Orchestra, singers from the Akademie's Emerging Artist program and special guests will all be upfront performing — and demonstrating. Besides the quality of the singers and musicians, who hail from as far away as California and Canada, Jarrett is enthused about the caliber of the Q.C.'s audience.

"One of the things that always inspired me about Charlotte is that people here go to Sunday school, they are interested in learning," Jarrett declares. "It's not like they go to a concert to get their card punched. They want to know why the music matters. They want to know what the music has to say. And basically, they are curious people, and this is the perfect music for them!"

Festivities are bookended by two blockbuster concerts, leading off with the Festival Opening Celebration on Saturday evening at Christ Church Charlotte on Providence Road. Ordinarily, you don't expect the trumpeting of Bach's Orchestral Suite No. 1 to be upstaged. This time, the brassy suite might be less dominant than usual, flanked by the "Singet dem Herrn ein neues Lied" ("Sing to the Lord a New Song") motet, which Jarrett describes as the "Brandenburg Concerto for voices," and the Cantata 147, which includes the beloved "Jesu, Joy of Man's Desiring" — twice.

"That cantata is very dear to me," Jarrett confides. "It's one of the first cantatas I ever heard and learned, and Bach has a wonderful concertante opening movement with voices and trumpet, a real brilliant feature for voices and players."

The closing concert in Charlotte on the following Saturday, June 16 at Myers Park Presbyterian, is simply called The Masterwork — because Jarrett can find no words to overpraise the monumental B Minor Mass. Both the opening and closing concerts get Sunday afternoon encores that will expand the Charlotte Bach Festival's reach. The Opening Celebration travels to First United Methodist in Gastonia this coming Sunday, and The Masterwork journeys to Centenary United Methodist in Winston-Salem on June 17.

At the other end of the Bach spectrum, the Leipzig cantor is the unchallenged master of solo works written for violin, cello and organ. The Visiting Artist Recital Series at the Charlotte festival checks that Bach box as well. Highlighting the series, Bálint Karosi reigns at St. Peter's Episcopal Church on Friday, June 15, when he will give the new Fisk organ a workout — with pieces inspired by Bach's name, written by Schumann, Liszt and others.

Two kings collide as Karosi, a Hungaraton recording artist and winner of the 2008 International J.S. Bach Competition, displays his skills on the king of instruments.

But don't skip Guy Fishman, principal cellist of the Handel + Haydn Society, who comes to Christ Church Charlotte next Monday evening to play selected Bach Cello Suites. There won't be many quiet moments when the Bach Big Bang hits Charlotte, but this will be among the most beautiful.

"He is an Israeli-American musician," Jarrett points out, "and just one of the most extraordinary cellists that I've ever met, and I'm so grateful to be able to work with him often."