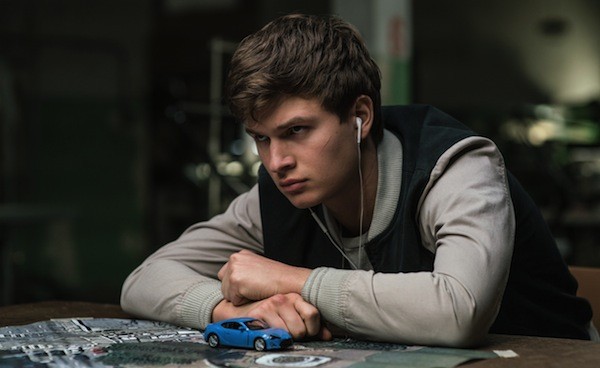 Guaranteed to reign as the hipster fave of 2017, Baby Driver comes tearing off the starting line and leads the summer-movie field for the duration of the ride. Only when it hits the final stretch does it become clear that a little more maintenance while still in the shop might have subsequently allowed it to enjoy a few more victory laps.

Nevertheless, this style-over-substance endeavor does itself proud as one of the few worthwhile achievements in what’s turning out to be a rather desultory cinematic season thus far. Writer-director Edgar Wright deserves the lion’s share of the kudos, not only for assembling a note-perfect cast but also for providing them with dialogue that’s often a pleasure to encounter. Landing many of the best lines is Kevin Spacey, cast as a verbose crime boss who masterminds a series of bank heists. Spacey’s Doc likes to use different players for different jobs, but he always keeps one constant on the team: Baby (Ansel Elgort), a taciturn getaway driver who choreographs all of his moves (both in and out of the car) to the tunes emanating from his iPod. (In this manner, Baby is not unlike Guardians of the Galaxy’s Peter Quill, who similarly shimmies to the beat of his Walkman.)

Baby is so quiet and reserved that his demeanor endears him to some of his accomplices while enraging the rest. For their part, lovebirds Buddy (Jon Hamm) and Darling (Eiza Gonzalez) like the kid; conversely, Griff (Jon Bernthal) and Bats (Jamie Foxx) do not. As for Baby, the only person who interests him is Debora (Lily James), the new waitress down at his favorite diner.

Between the character dynamics, the vehicular stuntwork (much of it not CGI), and the carefully chosen soundtrack, Baby Driver clicks on all cylinders — at least until it hits the homestretch. Suddenly, a storyline that had admirably been kept edgy and unexpected turns careful and conventional, with unlikely character pirouettes and an overextended climax – one, I might add, featuring a villain seemingly as indestructible as Terminator 2’s T-1000 — emerging as the primary, predictable culprits. That’s a shame. Certainly, Baby Driver establishes its own irresistible rhythm — one which deserves a sizable audience — but when it perhaps matters most, it turns out that the song remains the same.