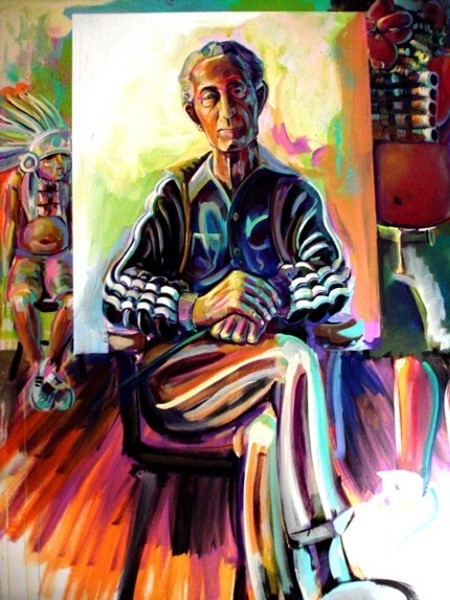 Hairston's vibrant comic-influenced paintings - last year his solo exhibit was devoted to X-Men - and those inspired by renowned artists are generating quite the buzz around town. Neo-expressionist painter Jean-Michel Basquiat served as a muse in another one of his past showcases and his latest exhibit Jago Rockwell: A Tribute to Norman Rockwell at Baku Gallery, gives an edgy thrust to Rockwell's Americana staples. "I've taken my characters that I've used time and time again and I've replaced the characters that he's created and worked with, with them," Hairston says. "So you get this thing that's kind of familiar, but kind of weird and different. It has its own special context in my life."