Animals have been an ongoing source of inspiration for artists throughout the centuries. French artist Rosa Bonheur painted realistic scenes of animals among vast natural landscapes; American artist John Henry Dolph used his brush to produce playful images of puppies and kittens; Cassius Marcellus Coolidge, another American artist, replaced humans with canines in his now-ubiquitous paintings of dogs playing poker. 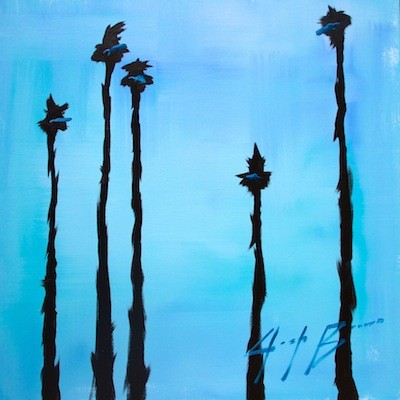 So it's no surprise that Josh Brown, an unknown, fresh-out-of-high school artist and former Charlotte resident, is also using animals as a muse. If you could put sounds to his artwork, you'd probably hear grunting, neighs, squawks and the ruffling of lots of feathers.

Brown's paintings feature everything from ordinary animals found on farms to the more exotic creatures held for showcase in zoos. These include donkeys, deer, goats, ostriches, zebras and more.

What stands out about Brown's paintings is his relaxed approach to their features and reactions. Rather than picture-perfect poses, he paints his animals freely. You don't get full bodies, nor do you get polished, sedate looks on their faces. Instead, thick brushstrokes impart to the creatures a naturally animated appearance.

"My drawing and painting style has always been rather loose. I really enjoy painting with large broad strokes, because I believe they communicate information more clearly and aesthetically. It's very easy to overwork a painting by adding too many unnecessary adjustments, and this is certainly something I try to remain conscious of while working on every painting," says Brown. "I like to experiment with communication and painting styles, but the ultimate goal of my painting is to bring a smile to your face."

Backgrounds are filled with bold colors, rather than landscapes, allowing the animal portraitures extra pop. The results are humorous (one shows a zebra baring its teeth in what resembles a guffaw) and other times placid (dark, fuzzy, long-necked ostriches surrounded by color alone). 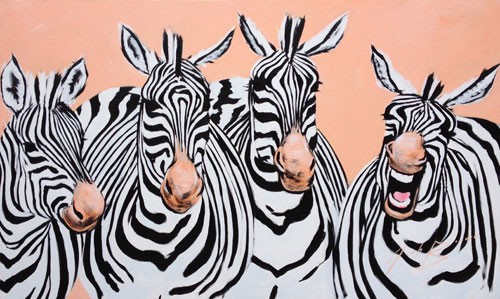 "Recently, I've been focusing on communication between subjects within a painting, and one's reaction to the lack of information within a painting. Animals have been a terrific subject and way to explore this idea. The ostriches are the clearest demonstration of my experiment," says Brown.

"My goal with the ostrich paintings was to create a dialogue between the ostrich and the viewer with limited information. They have also been painted in a manner where the mind is given an opportunity to fill in the dark spaces of the ostrich neck and head. I give the viewer what they need to understand the image as a long black fuzzy shape with a beak. This 'less is more approach' gives every viewer an opportunity to make a completely different interpretation. Every time I begin an ostrich painting, I try to add something new or different. I'll change the style of stroke, texture, color or anything else I can think of. Up close, no two ostrich paintings are alike." 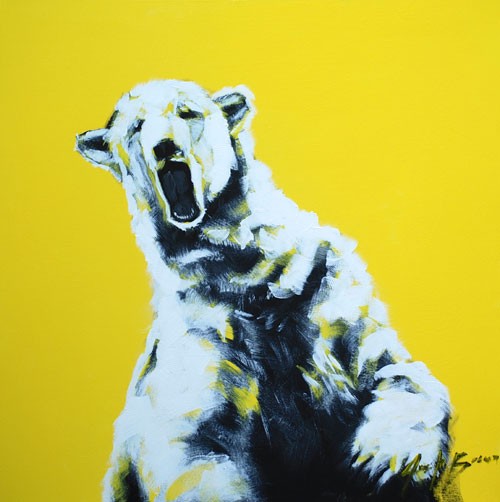 Brown currently attends Savannah College of Art and Design, where he is majoring in industrial design. He chose the school because it offered both a program in industrial design and a chance to pursue soccer, his other passion. Brown's animal paintings will showcase in a solo exhibit at Shain Gallery from Aug. 2-23. When asked about his current animal fixation, Brown shares, "Right now, I really enjoy painting the donkeys and cows. Next week it may be a zebra, giraffe, elephant, sheep, meerkat, or anything else a friend might suggest. I am always looking to find the next greatest animal expression to portray with my paint."