It was like hearing your favorite band is reuniting and touring the neighborhood you live in.

It was during a cold night in early 2016 that Henry Schreiber unexpectedly saddled up on the barstool next to me at a local watering hole. We caught up over cheap beers and nonchalantly, in his typical soft-spoken manner, he dropped in the fact that the Genome team was getting back together.

I met Schreiber in the summer of 2011 as the arts editor for UNC Charlotte's Niner Times. I had written about an art gallery called Genome that he helped found with the help of his friend John Josef that summer in Brevard Court. The gallery displayed the work of Schreiber and his friends in the art community; folks like Alexandra Loesser, Scott Partridge and Erich Moffitt.

I fell in love with the work of Genome while working on the story. The art these people created fit my tastes. While their styles varied, each artist consistently churned out works that fell nicely between abstract, "what am I looking at?" pieces and simplistic portraits you'd find on the other side of the spectrum.

From Schreiber's patented marmots dressed as historical figures or memorable movie characters (see The Terminator marmot on this week's cover), to Loesser's knack for bringing the beauty out of deadly carnivores that rule the animal kingdom using representational contrasts (a tiger seemingly vomiting butterflies, for example), the pieces held just the right amount of surrealism to draw me in and get me excited for each new project presented at the gallery.

I looked on like a fanboy that summer as the crew worked tirelessly on a huge paper-mache tree that seemingly sprouted from the center of the gallery and extended through the space in the lead-up to the gallery's first show in July 2011. In the months to come, I would attend shows there and take comfort in the fact that the team seemed to be doing well, but behind the scenes, Josef and Schreiber were struggling. 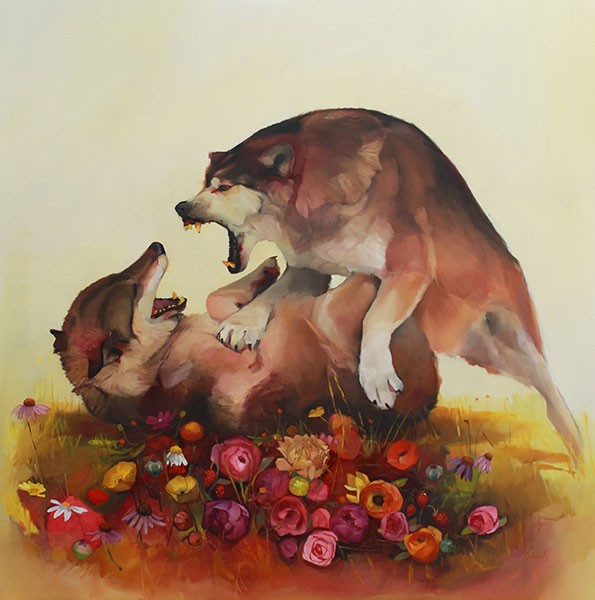 "We had fun but we did some pretty dumbass shit," Schreiber says now, looking back and laughing. "We were naive about starting a retail shop and didn't fully understand the expenses required to maintain a business like that in a historic building. We should have had multiple streams of income instead of relying solely on original art sales."

Upon its return nearly four years later, Genome plans to continue in its original goal of showcasing exceptional art in the Charlotte area, but the way the group goes about it will change. Instead of opening a specific gallery (yet, at least) the group will hold seasonal showcases in collaboration with local businesses and artists.

The first of these quarterly showcases, or pop-up shows, is on May 20 at The Art Hole in NoDa. The next one, presumably in three months, is already in the works at Haylo Healing Arts Lounge in Plaza Midwood.

Schreiber said he's not rushing into things, and while he hopes to return to a brick-and-mortar gallery at some point in 2017, he's hoping slow and steady can win the race this time around.

He said he's already playing a more active role with Genome, as opposed to just working on his art while Josef — who has other business ventures to focus on — becomes overwhelmed with the behind-the-scenes work.

"I'd been talking with John about re-opening [Genome] for a long time. This time around, because of all the business things that he does, he said, 'Henry, if we do it this time, you've got to play a bigger role in it. You have to actually be doing stuff.'"

Loesser, who's remained relatively close with Schreiber over the last four years, offers her translation for what that means.

"He means not being such a little bitch," she says, laughing.

She's clearly joking, poking fun at her friend, but he runs with it.

"Yeah, I have to stop being such a little bitch," he says. "I'll be organizing [the upcoming pop-up shows], making things happen, talking to people, getting all the artists together, figuring out the space, figuring out the scheduling. There's a lot that goes on that a lot of people don't see."

Schreiber can joke about it now as he prepares to slowly reintroduce Genome to the Charlotte arts scene, but it's clear that losing the first gallery was tough on him. As happy as I was to hear about the group's resurgence, it's something bigger for Schreiber. He says he's been discussing a possible Genome revival with Josef for well over a year and calls the original days at the gallery the most exciting time of his life. When asked if he's just being hyperbolic or if he truly means that, his eyes glaze over nostalgically for some time while he ponders before finally coming to and confirming.

"Yeah, the most exciting time ever," he says.

Loesser — a repeat Best Local Artist winner in Creative Loafing's last two Best of Charlotte issues — has spent the last year in her personal studio in X Foundation "painting a lot of animals that eat marmots," as she puts it, playfully poking fun at Schreiber again. She'll spend the weekend before Pop-Up #1 moving into a new studio in the McColl Center for Art + Innovation, where she's renting for the summer and not a resident (she legally must say that).

As excited as she is for that new start, it's the idea of reuniting with the Genome family that holds a special place in her heart.

"I think it's like getting a little piece of community back, because that's what we were when we started," she says. "And I know [Henry is] going to bring more artists in, but it's nice to have this foundation of support and it's a cool way to get work out there again."

While Schreiber, Loesser, Moffit and Partridge were all there for the original go-round, there's a new guy on the team who wasn't even doing art when Genome was hosting shows in Brevard Court.

Brett Toukatly is an illustrator who's been creating art solely with pen and ink for two years. He met Schreiber while working as a bartender at Growler's Pourhouse and the two hit it off. Although his medium is different than many of Genome's artists, who are predominantly painters, pieces like his three-eyed panther look like a cartoon version of something Loesser would paint. He sees the similarities throughout the Genome family.

"There's a strong will to personify animals. A lot of their work — and some of mine too — it's funny because you can see the similarities. You can see what Henry was going for, and Alex and Henry and Erich; all these dudes like to take the animal kingdom and kind of personify it and run with it, which I think is super awesome," Toukatly says.

He can't help but notice, however, that he's the new kid in class. The thought inspires him, but not without anxiety, especially considering it's the first time he's ever participated in an art show.

"It's a little overwhelming working with these guys, because they're professional," he says. "As someone who hasn't been doing this for very long, I haven't really taken myself incredibly serious. I've been having fun doing it and I've been doing some commission work with T-shirt designs lately, but it's something that's kind of grown out of nowhere. To do this and realize that it's something that these guys all take super serious — they're artists by trade and by profession — it's super flattering for me to know that all the stuff I've been doing is going somewhere."

The "somewhere" he refers to is an ever-changing Charlotte arts scene. Take NoDa, for example, where a few Genome artists live and Pop-Up #1 will take place. When Genome originally opened, the so-called arts district was in rapid decline. In the lead-up to Genome's opening in Uptown in 2011, just down the street NoDa had already lost many of its stand-alone art galleries: Center of the Earth, Green Rice Gallery, Lark & Key, etc.

Now, as Genome prepares to re-enter the scene and the economy improves slowly but surely, people have made room for art in NoDa again. Gallery showings at the recently opened Company Store and the appearance of the PBR-sponsored Art Hole last summer show that, while NoDa is not the "arts district" it once was, there's certainly a place for art in Charlotte.

"It's growing, you can definitely see it," Loesser says. "A lot more public art has been going on, murals are popping up everywhere, which is really great to see. Also, C3 Lab [an art space in South End] came up, and they do a lot of cool stuff. It's just growing."

Partridge has also noticed the murals and other public art that can be found throughout the city and sees it as a silver lining to the arts slow-down Charlotte saw during the early 2010s. 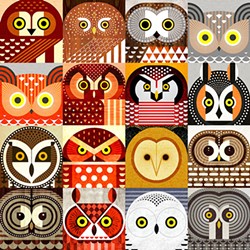 "You don't see as many traditional galleries as you used to," Partidge says. "That doesn't have to be a bad thing, because there are these other alternative ways to share art. People are making art regardless of whether they have an avenue already lined up to show it, so the amount of creativity hasn't decreased, just the vehicle for getting it out is maybe altering over time."

Now that Genome isn't tied down to a certain space, Schreiber said he's ready to embrace those alternative art forms in upcoming pop-ups. He's constantly on the lookout for artists in the area doing cool things, no matter the medium.